Made it to Castlegar Yesterday (And My One Month Anniversary)

We got up and left Creston and decided to head west to Castlegar. There were two things that seemed interesting there: “The Doukhobor Discovery Centre” and “The CPR Station Museum.”

The drive to Castlegar was uneventful though we did go up and over a few passes to get there. When we got to Castlegar, the first thing we found was The Doukhobor Discovery Centre, so we went there. 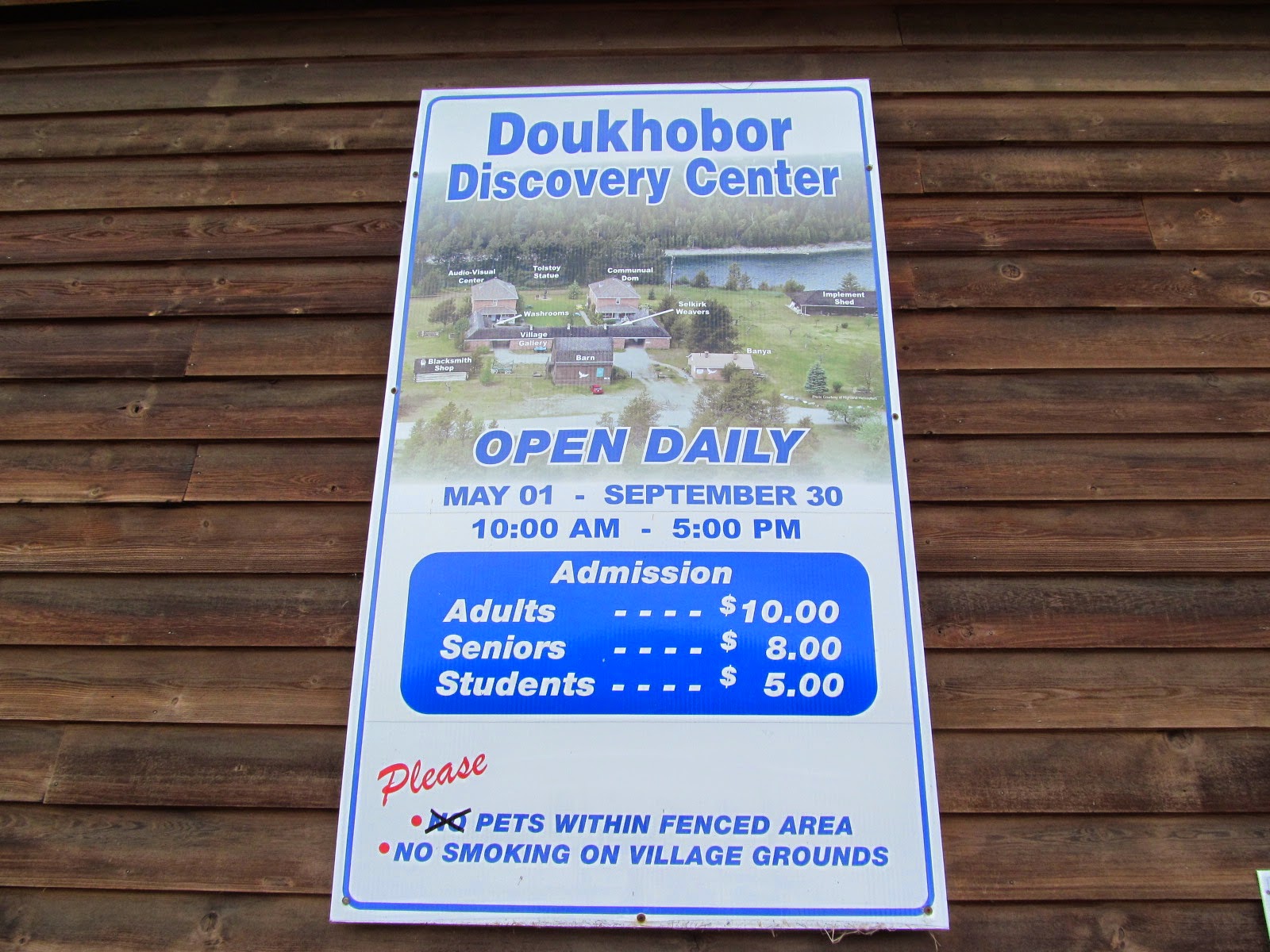 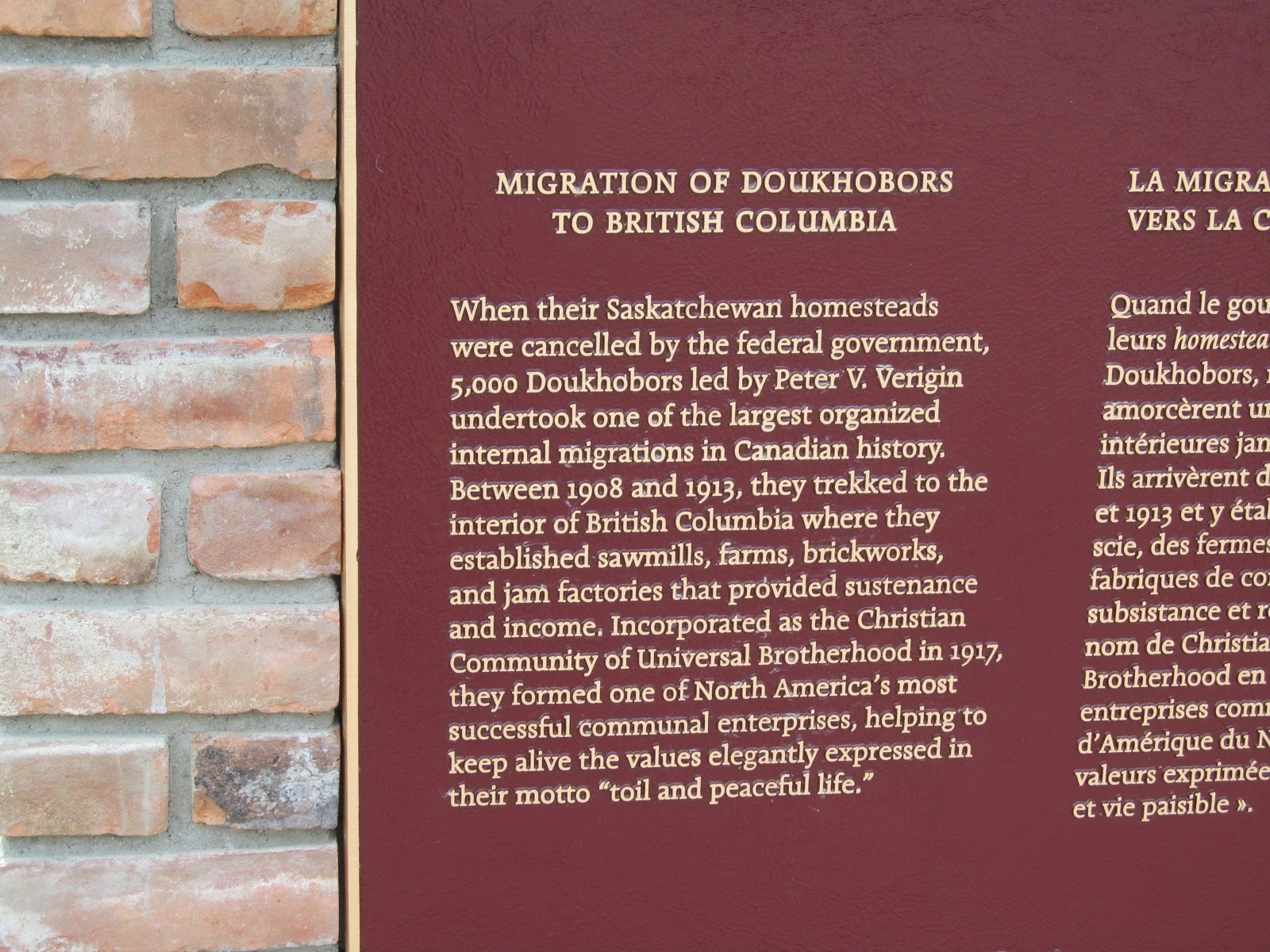 This was just a collection of brick buildings in a U shape, so it didn’t seem to be all that interesting, at first. Once you go inside and look over the exhibits and learn the story of the Doukhobors you realize that it is an interesting and sad tale. Don’t get me wrong, it is a story of the strength of a people and their ability to persevere in any condition as they stick to their beliefs. . . . it is a sad tale for Canada.

I will paraphrase and go quickly as I tell you of the Doukhobors, so I apologize in advance if I get any detail wrong. Essentially they are a group of people from Russia who emigrated to Canada to escape persecution in Russia. You see, the Doukhobors believe in non-violence and their philosophy can be summed up in the phrase “Toil, and live a peaceful life.”

They wish to be left alone and live their lives within their colonies as they see fit. They believe in something socialism and/or communism. They work together and own everything together. The real trouble came as they wish to be exempt from military service.

In 1898 Canada gave them three assurances: 1) To be exempt from compulsory Military service, 2) land in a block as they live and work together as one, and 3) to be left alone to conduct their affairs on their colonies as they see fit. With their demands met, they came.

Well, when governments changed the next government didn’t like the concept of the Doukhobors as they didn’t fit into what Canadians imagined people should be like. We were a Capitalistic nation where individuals owned things and not groups or colonies. It was important that each Doukhobors man own his farm and work it with his family.

When the Doukhobors refused this the land was sold out from under them to anyone who would pay the registration fee. Undaunted the Doukhobors bought land out here in British Columbia near what is now Castlegar and established another colony here. They flourished here and setup a number of businesses, such as: Orchards, Jam Factory, Brick Factory, and a number of other enterprises.

Their success and keeping to themselves along with their non-participation in the First World War raised the ire of the non- Doukhobors locals. During the depression the group ran into financial trouble (along with the rest of the world) and the vultures swooped in.

In an overreaching effort clearly designed to use this load default to dismantle the Doukhobors’ way of life, the company in charge of the Doukhobors’ receivership set about and sold off and/or destroyed everything they built. What was owed was a fraction of what was taken over and disbursed/destroyed.

The Doukhobors still survive and live on here in Canada. They are on some smaller farms in Saskatcehwa, Alberta and British Columbia, or they live in homes. They are still here though, and never retaliated with any violence in response to anything that was done to them.

You can debate the merits of one group deciding they will not fight in wars when others must fight in their stead, but you cannot debate the pluky determination of the Doukhobors. As a Canadian, you cannot feel a small sense of shame that our country did this to a group of people who just wanted to live a peaceful life and prosper in a new country.

Here are a few shots of The Doukhobor Discovery Centre: 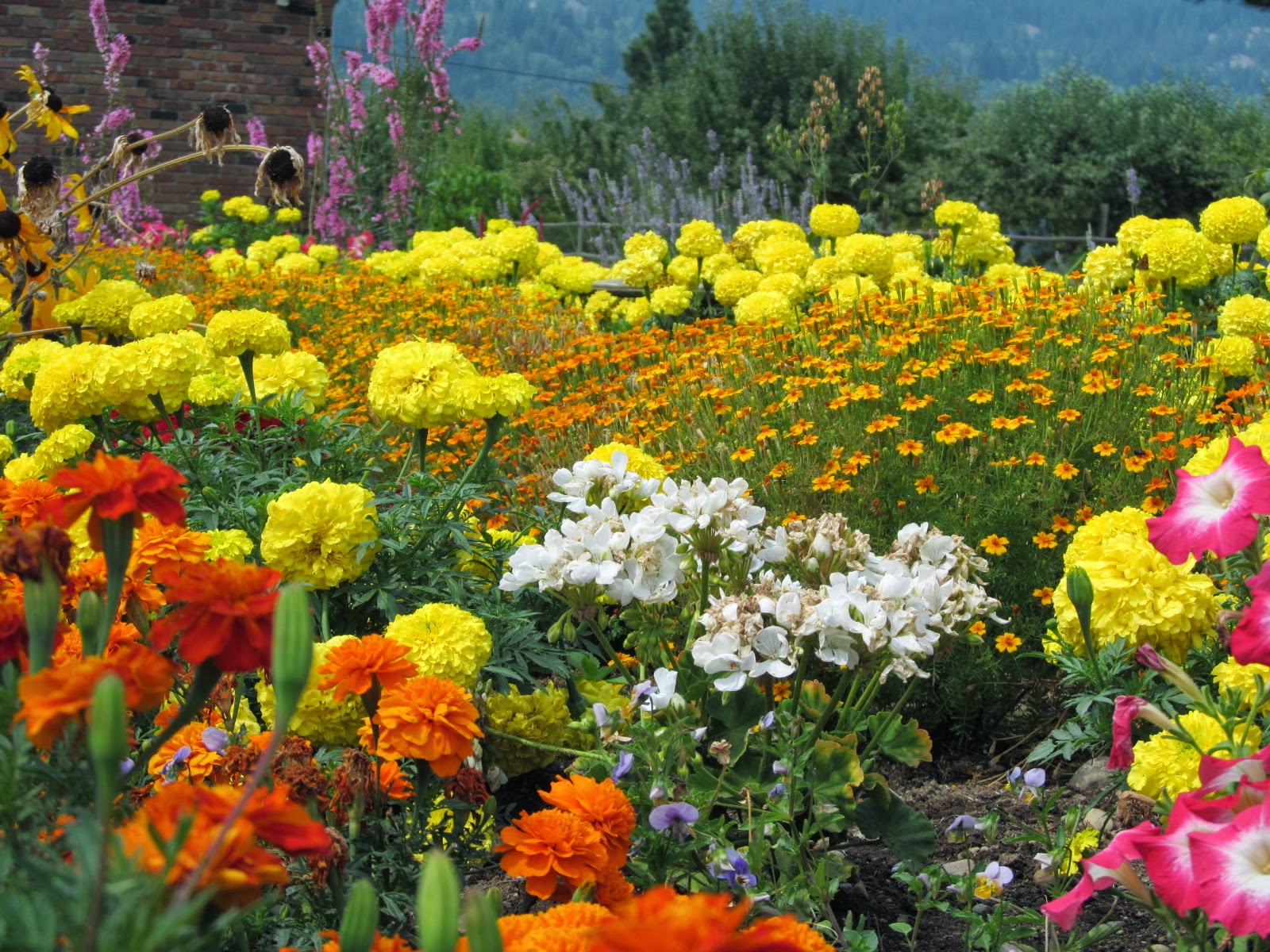 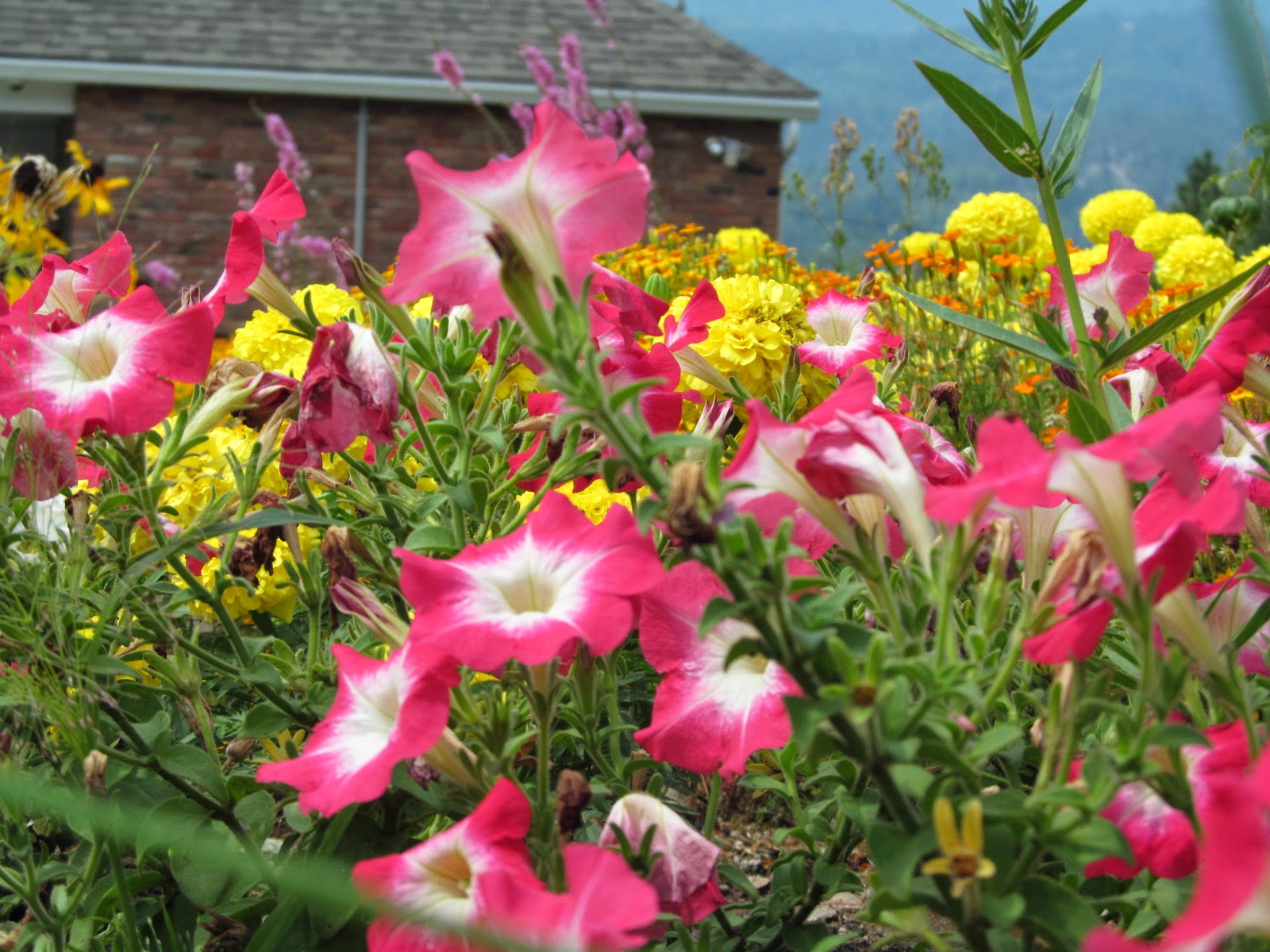 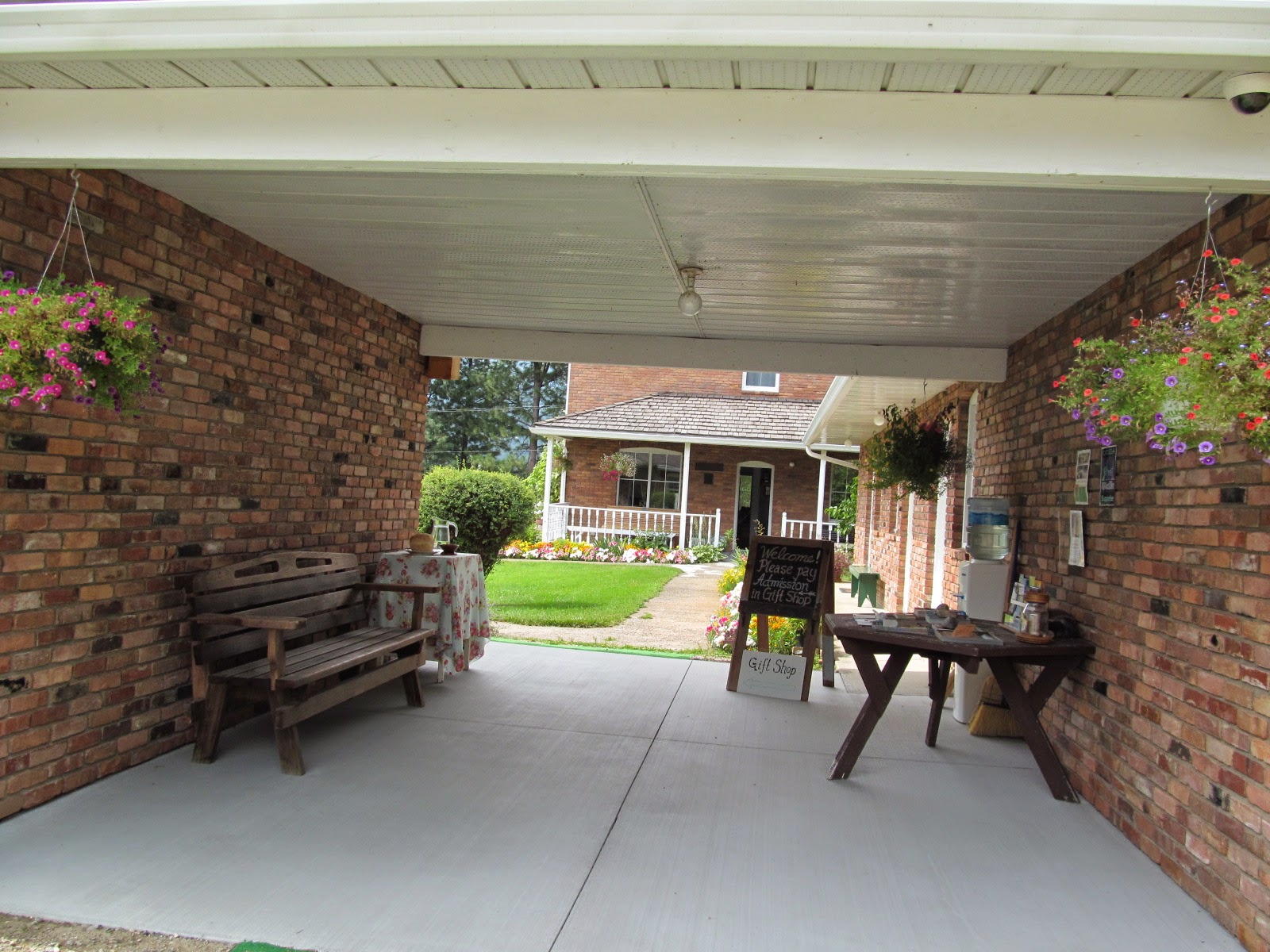 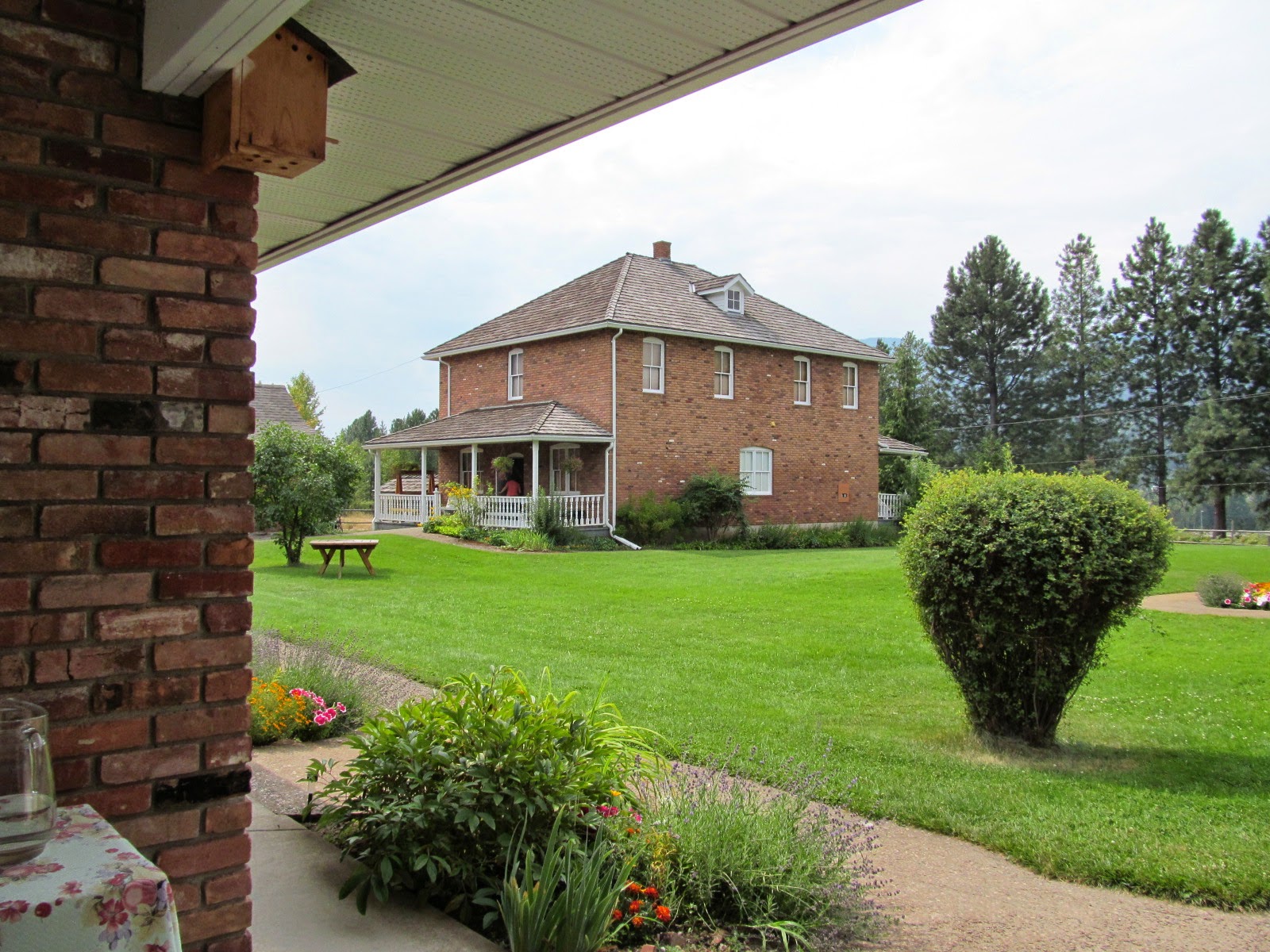 As we were leaving The Doukhobor Discovery Centre, I made another friend. 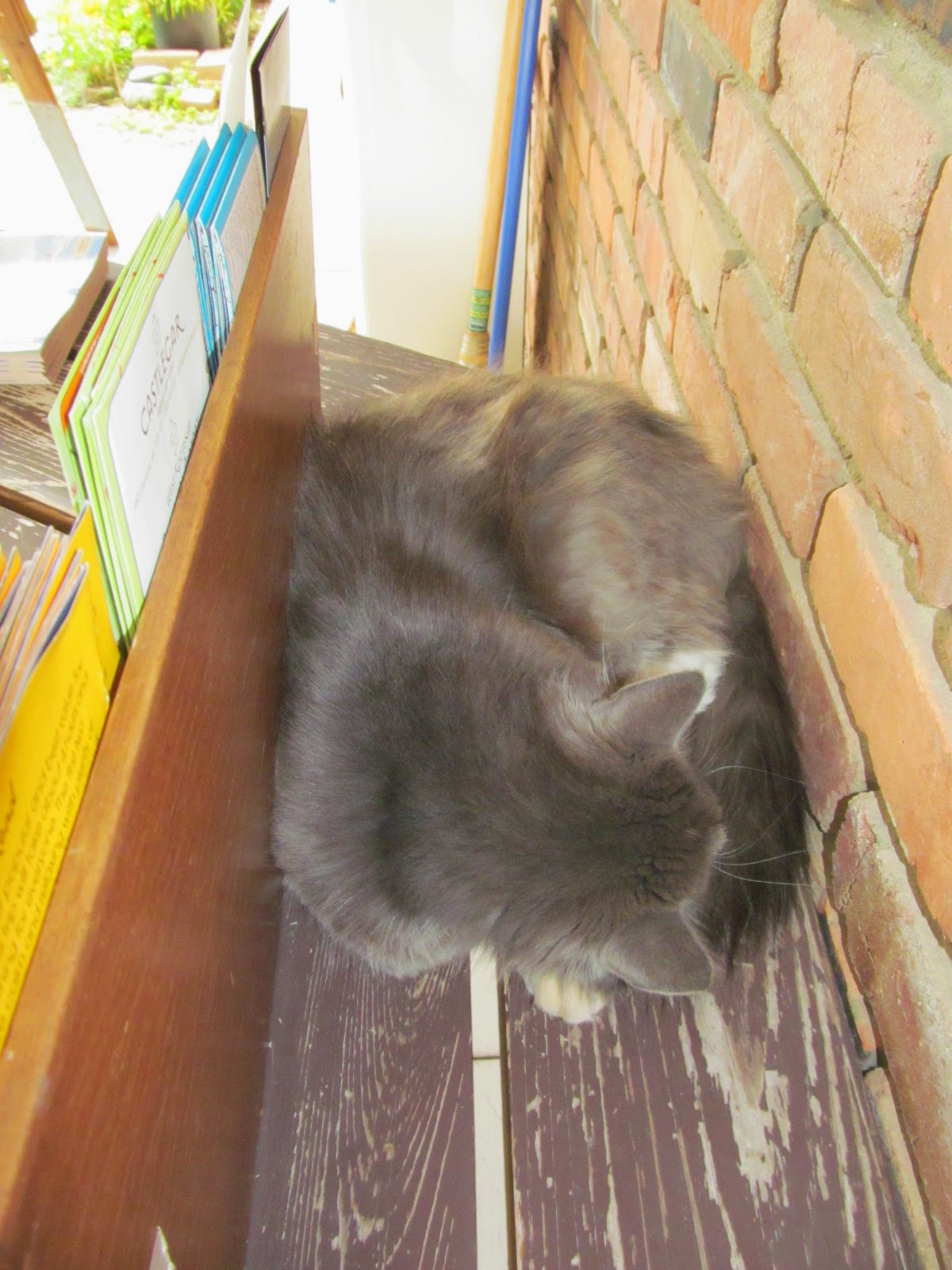 And I saw this guy. 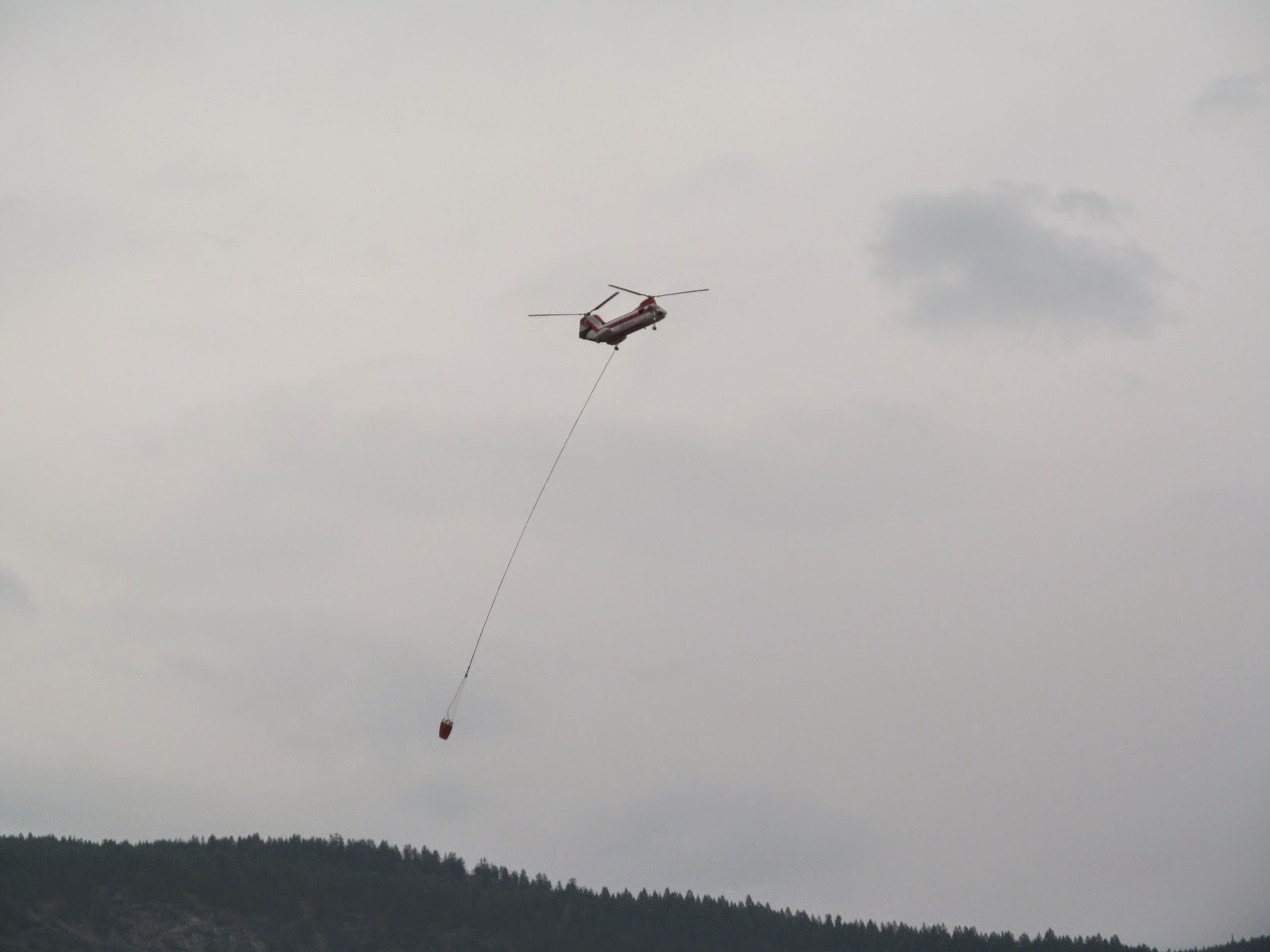 Either he is going to fight a fire or he is about to play the meanest variation of the “water balloon drop” gag that you have ever seen. 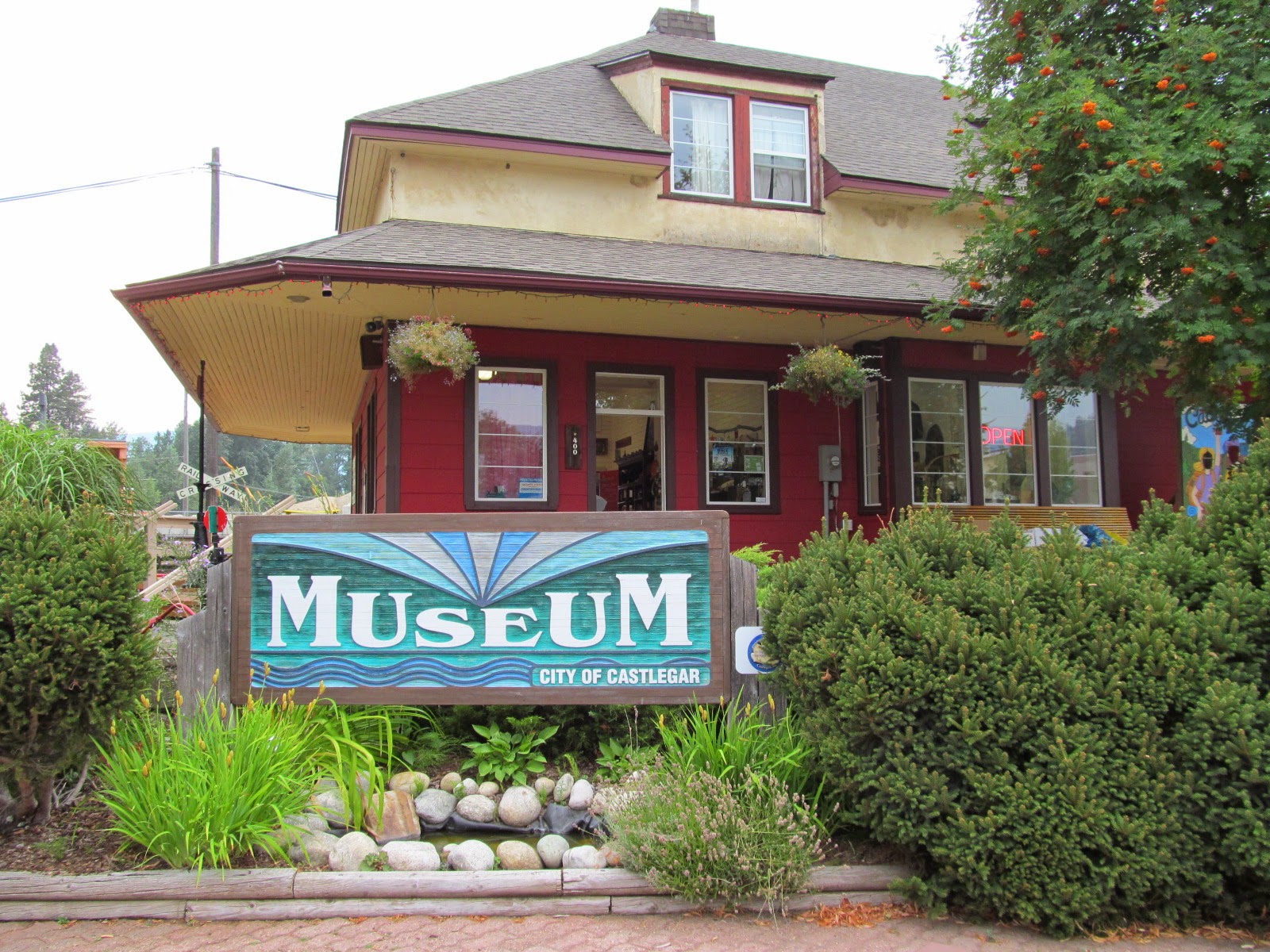 Then we went to The CPR Station Museum and I gotta tell you it was a bit of a letdown. In truth it was exactly what its name said it was, just not what I expected. It was a Museum in the old CPR Train Station, just not one about the CPR itself.

It had a caboose out back and of course I had to sit up in the big chair . . . here is a shot. 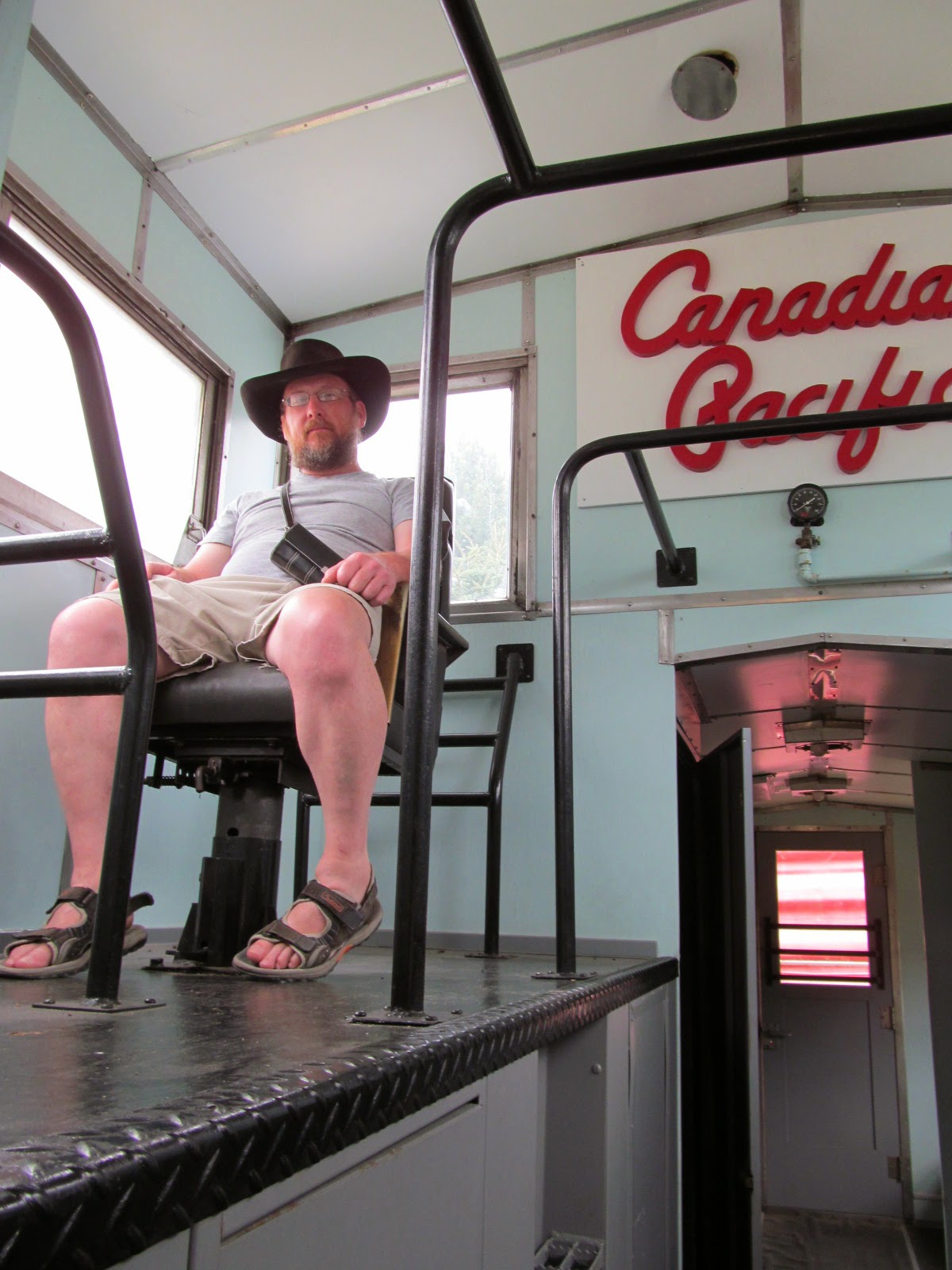 It had all kinds of exhibits within the station and they were a mish-mash of old stuff from the area and some stuff form the CPR days. There wasn’t any central theme that I could detect, it was just a bunch of stuff scattered about the place (with namecards of course). At least it was free.

We decided, or rather I decided that we needed an early night or rather a relaxing evening. The closest thing we found to a Walmart was a large grocery story which had signs up in its parking long in yellow and black essentially saying “don’t even think of parking here overnight.” So, rather than keep looking we went to a local campsite on our way out of town. There we relaxed for the evening.

We are going to head to Oliver, B.C. today so mother can make contact with a mission base there in hopes she can help them out in the near future (I think). She does that kind of stuff and has done so since she retired early from the school board. She has been on every continent with the exception of Antarctica, and if won the lottery, I would take her on a cruise down there just so she could set foot on them all.

As for me, yesterday was the 12th, the 12th of August. That means that yesterday was one month to the day that I moved out of my room and into Wanda, full-time. It has become a new sense of normal for me now, this is where I live. My house moves around so I “live” in different places each night but “home” for me is Wanda.

I have a line on a possible place to park and live in Wanda during the winter. It is very preliminary now and in the early stages, but it is a chance and a sign that somehow things will work themselves out.
Posted by Geoff W at 08:29