Another Ghost Town in the West

We left our campsite at Kikomun Creek and headed West on Hwy 3. We decided to check out Fort Steele B.C. When I first heard of it, I thought that it was yet another HBC Fort from the fur trading days. 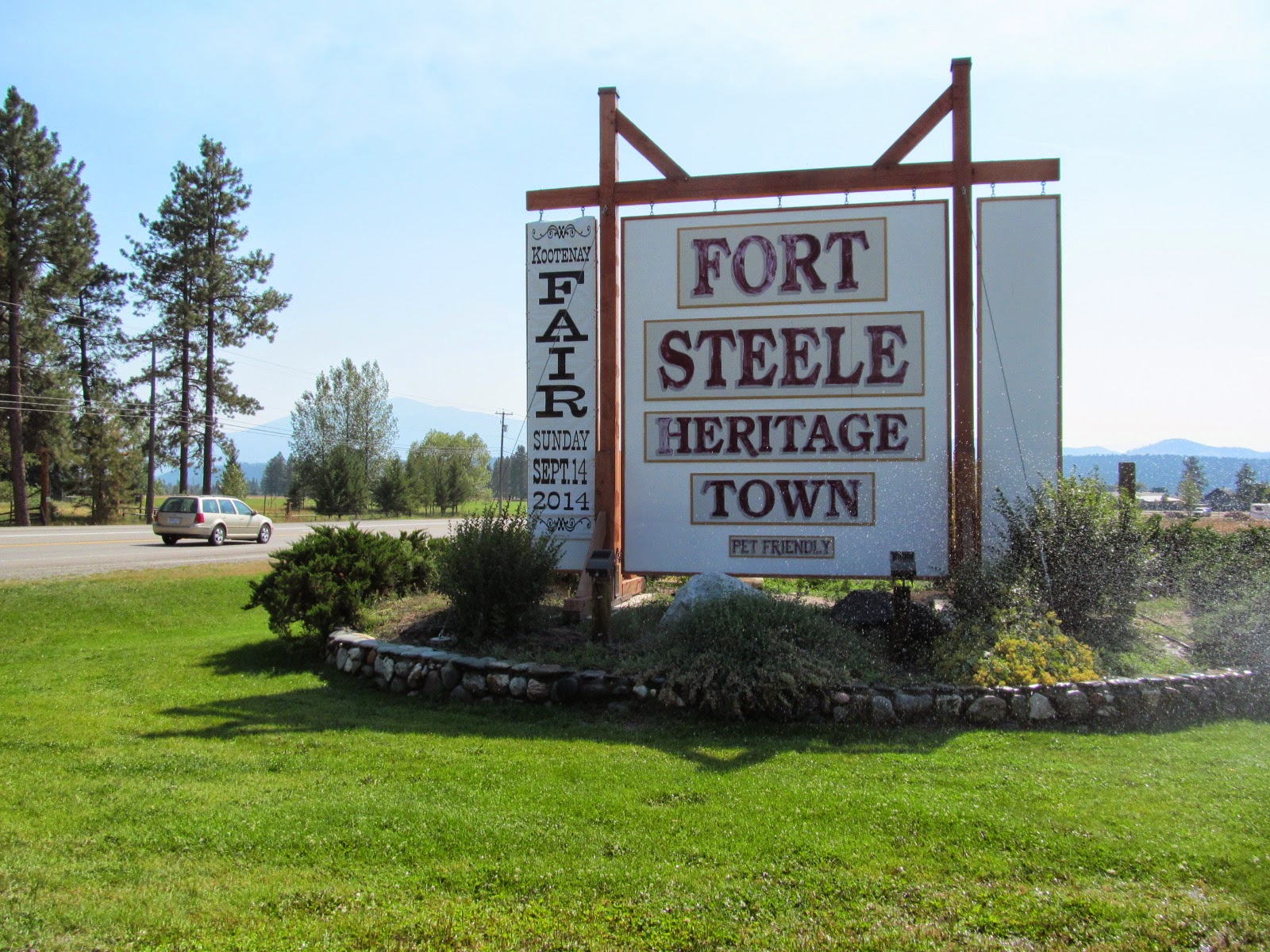 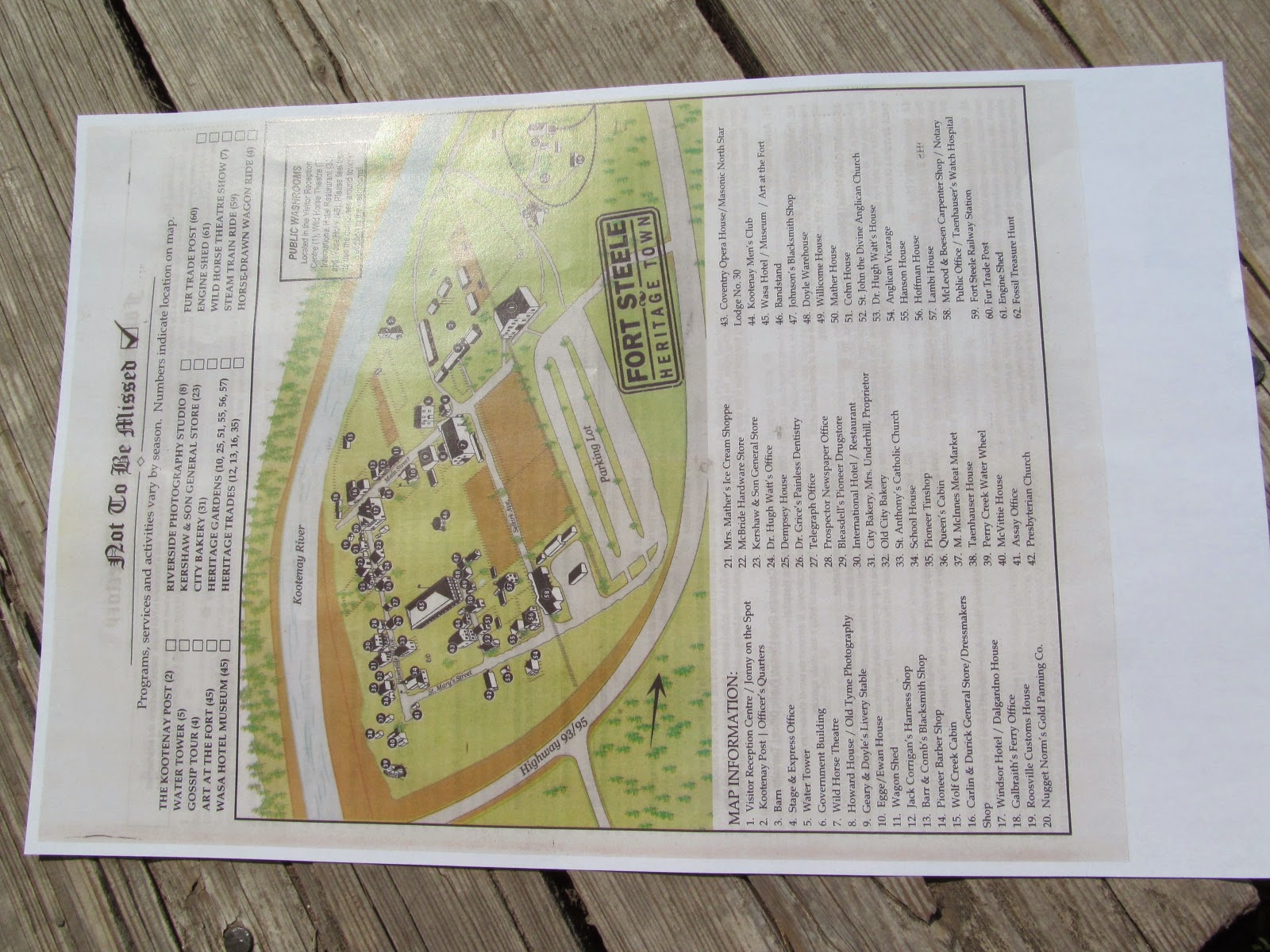 I was wrong, it turns out that this was a settlement which had some problems with lack of law enforcement and asked for the North West Mounted Police (NWMP) to come and setup shop. The NWMP was what the RCMP were called when they were founded.

The people were so happy that the NWMP came out and so impressed with the conduct of the local NWMP commanding officer Major Samuel Steele, that they named the town after him.

Things were fine and the town prospered, especially during the gold rush, but when the railroad came through and bypassed Fort Steele in favour of Cranbrook, Fort Steele’s days were numbered. When the steamboats stopped coming (up from Montana) that was it.

The townsite was eventually abandoned until the locals decided to rebuild and replicated the town right on the exact spot where it stood. That is the interesting thing, this town is rebuilt and a number of buildings are a replica, sure, but it stands where the town stood.

Here are a few of the interesting shots that I took while at the place. 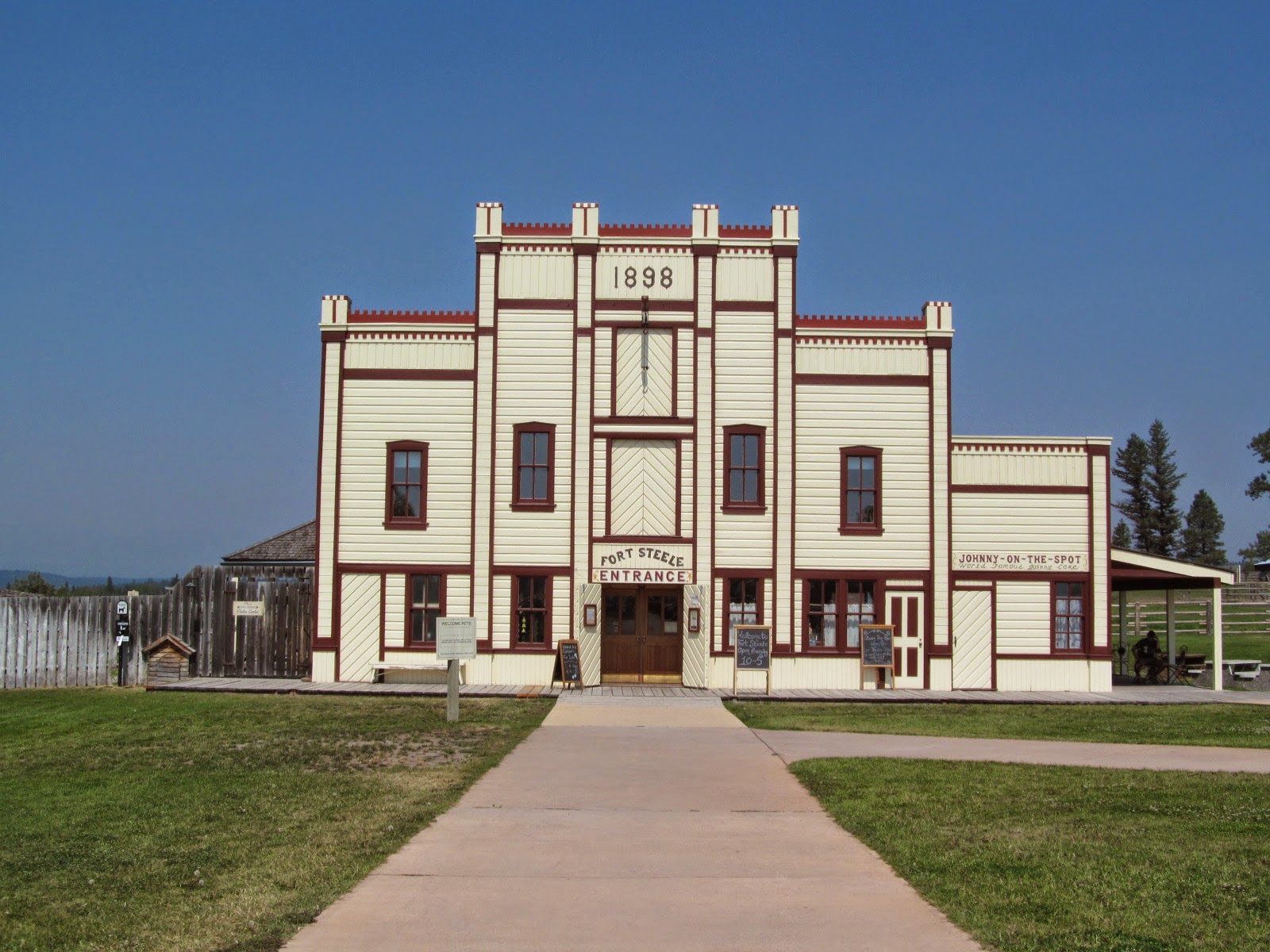 This is the main entrance, looks impressive 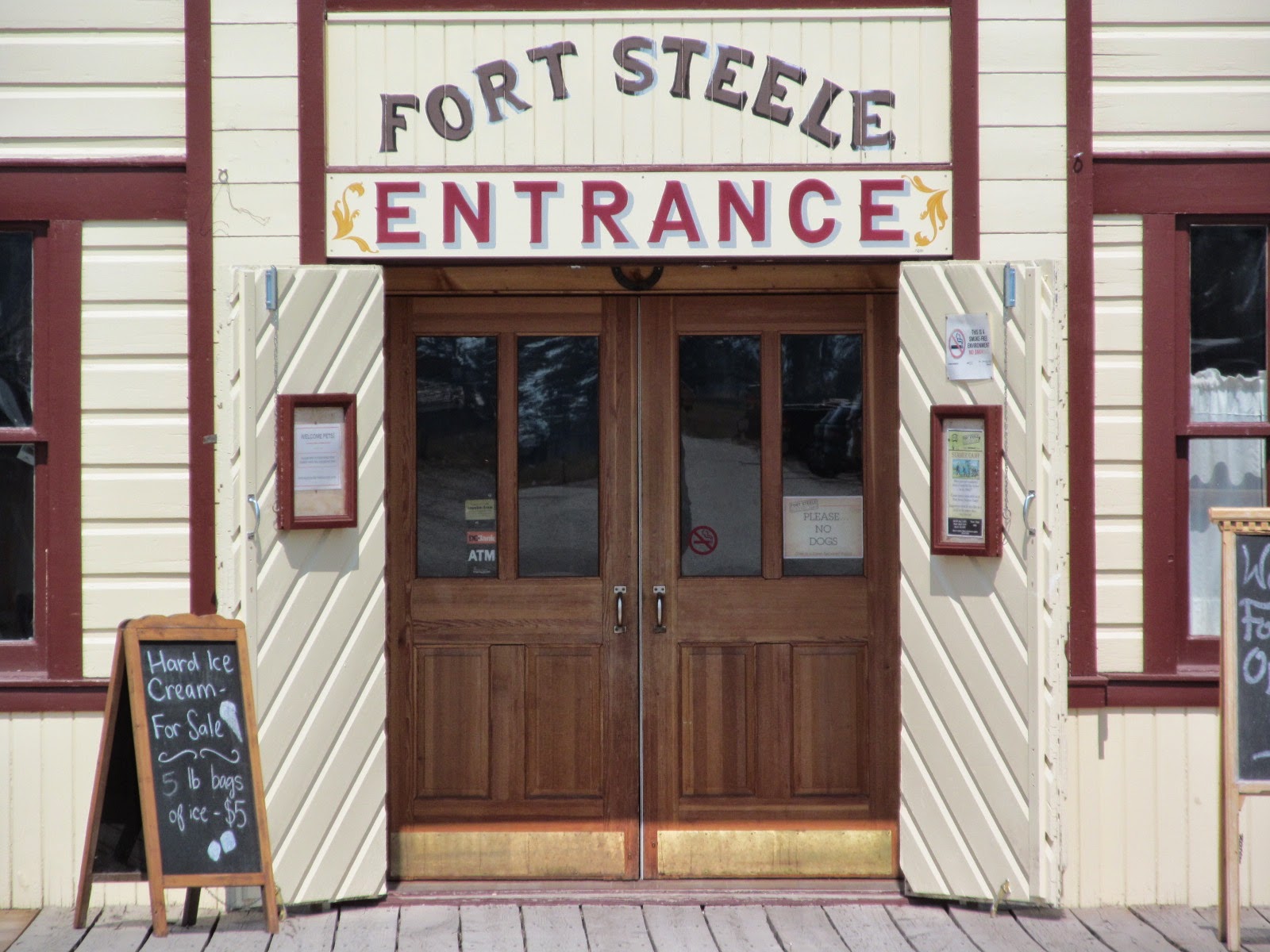 Yep, this is where you go 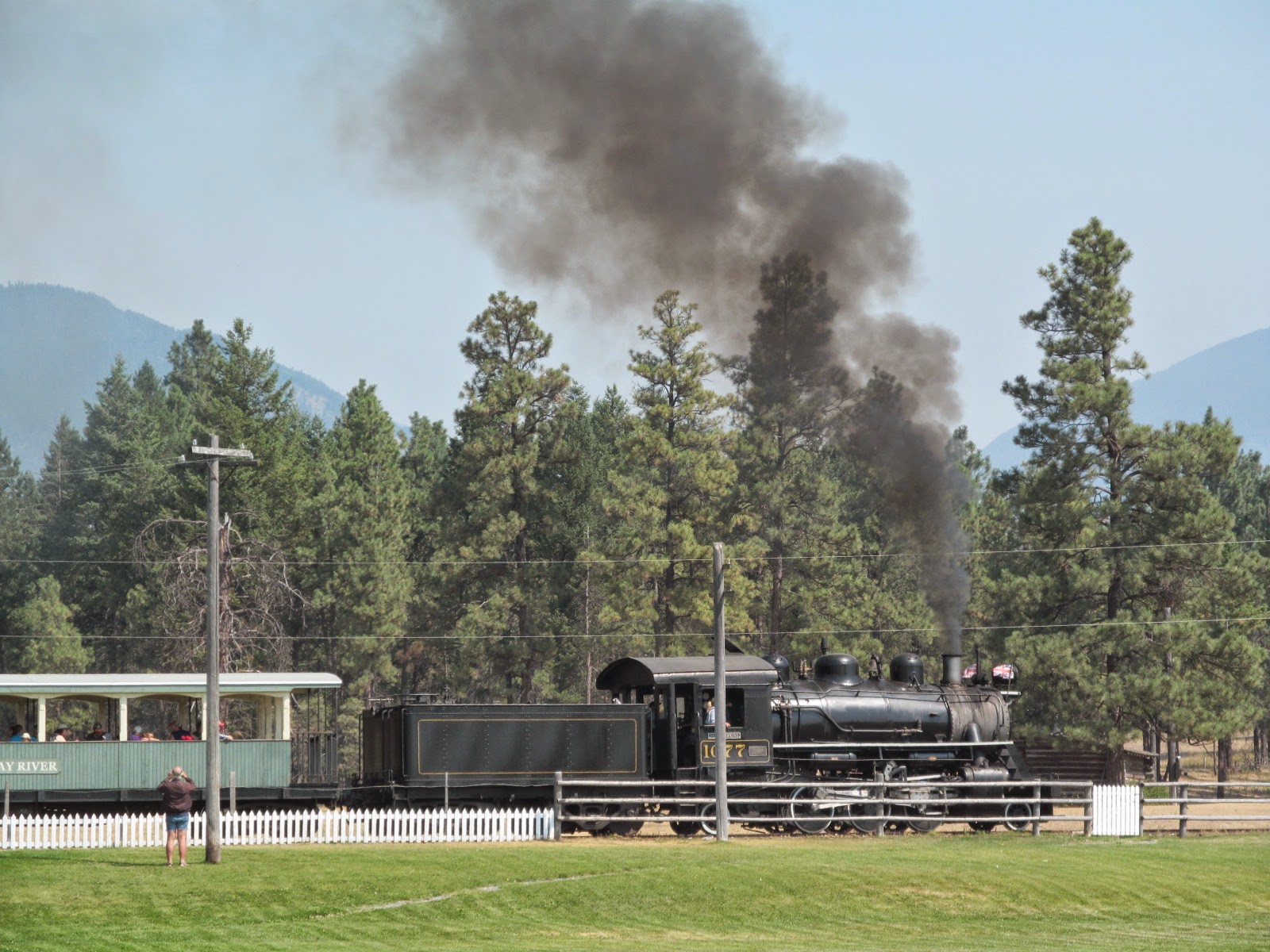 Choo-Choo! Anyone want to go for a Choo-Choo ride? 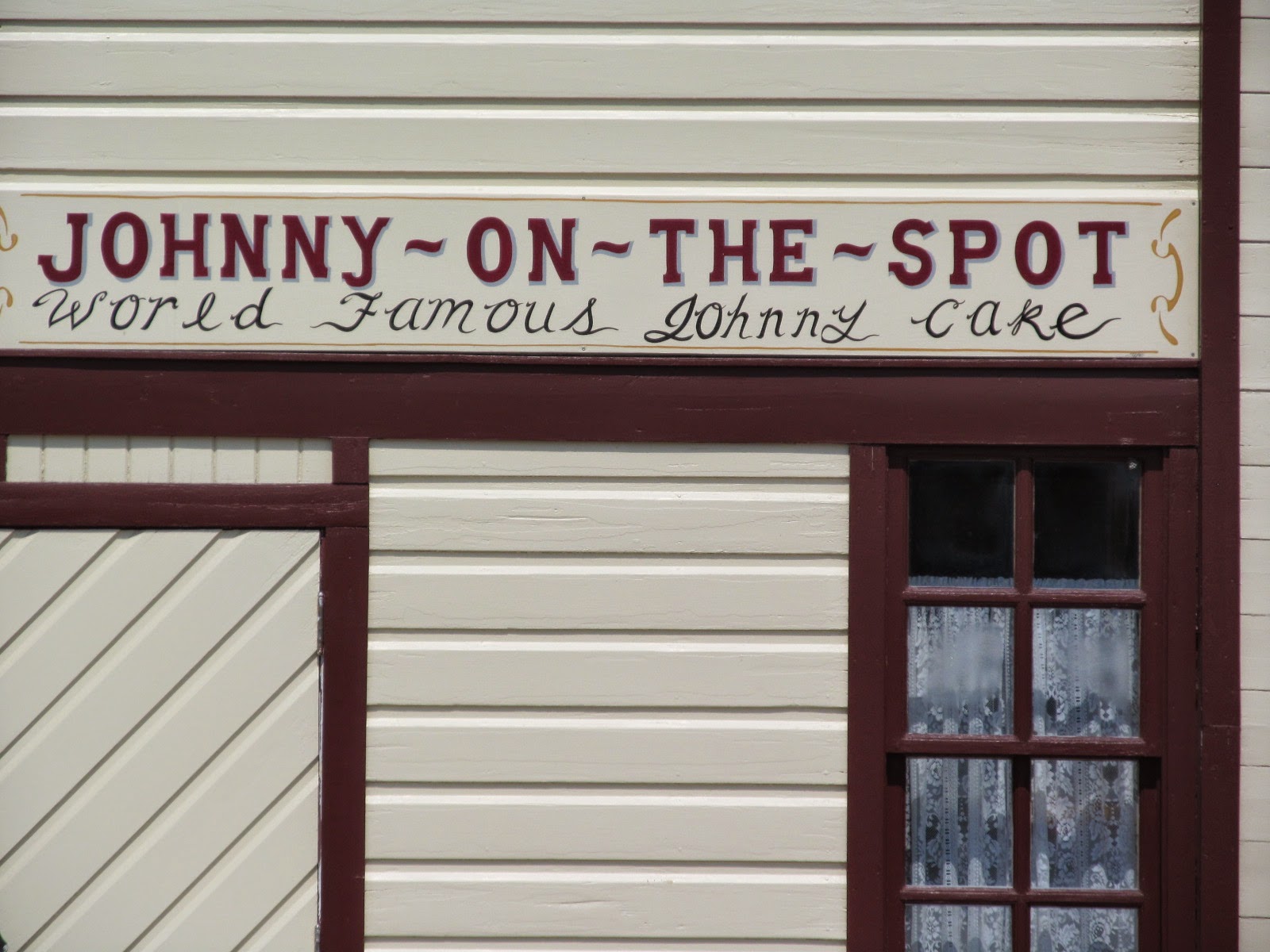 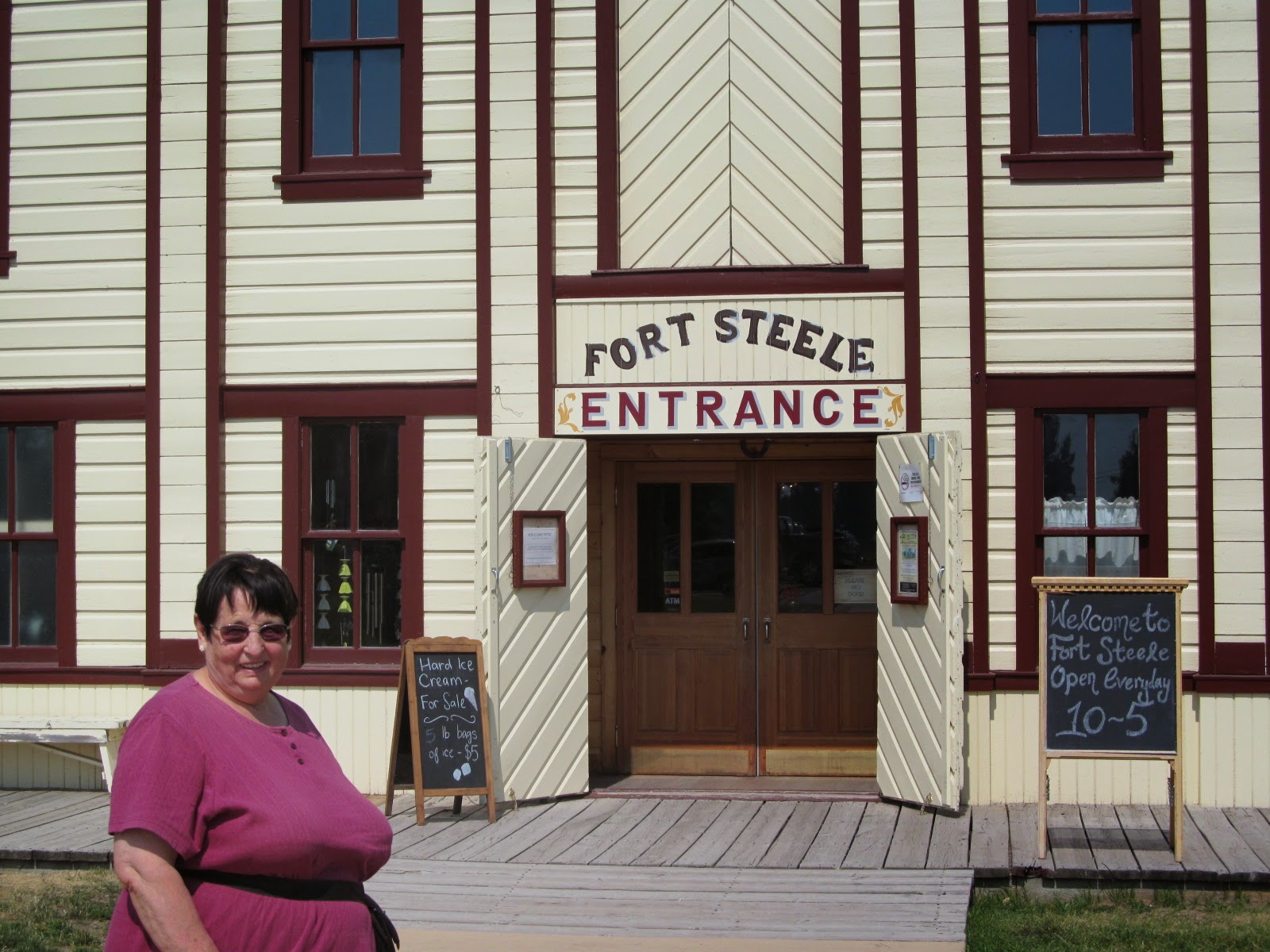 Mom, ready to go in to the Fort 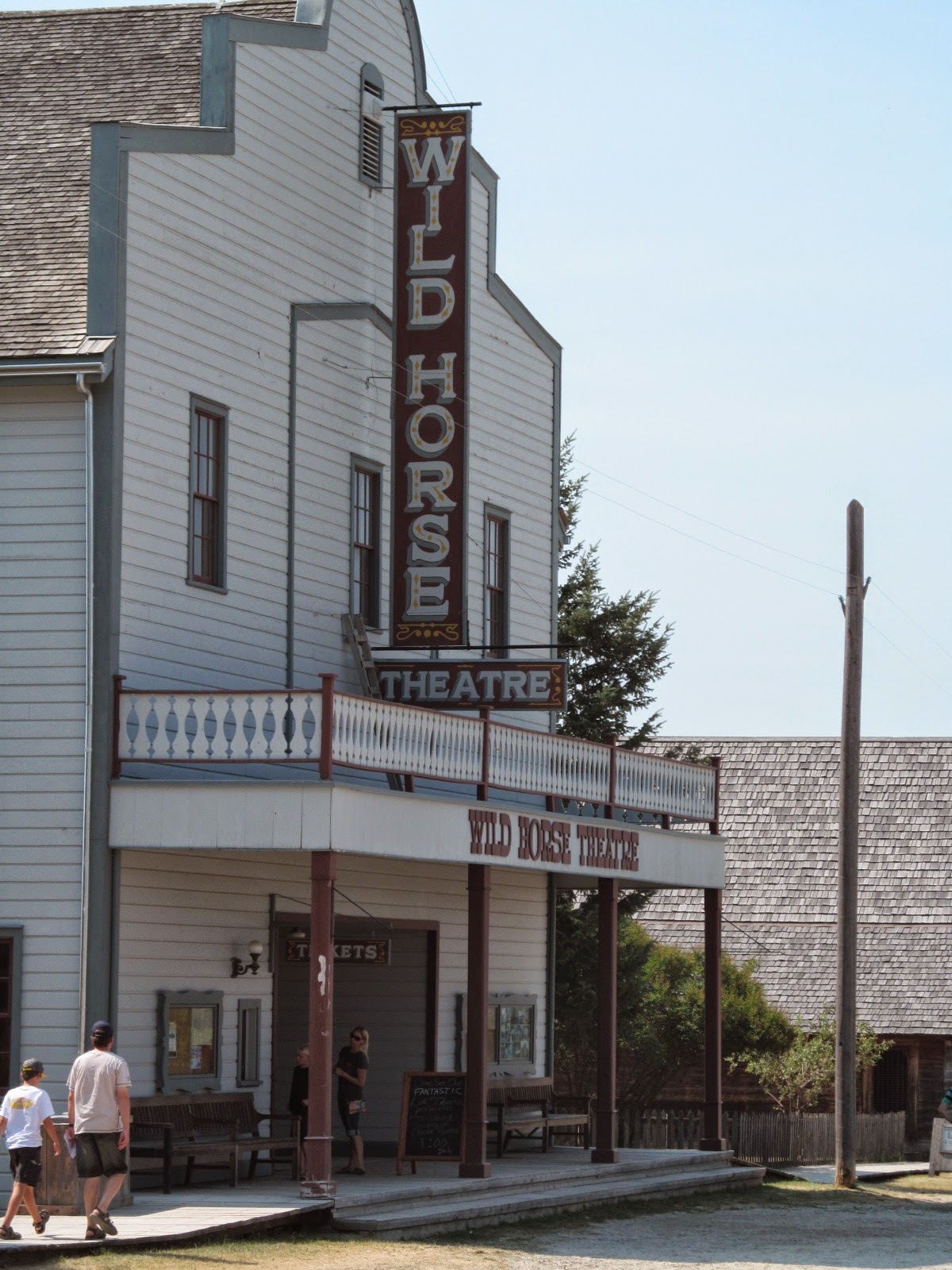 I know a few actors who belong here 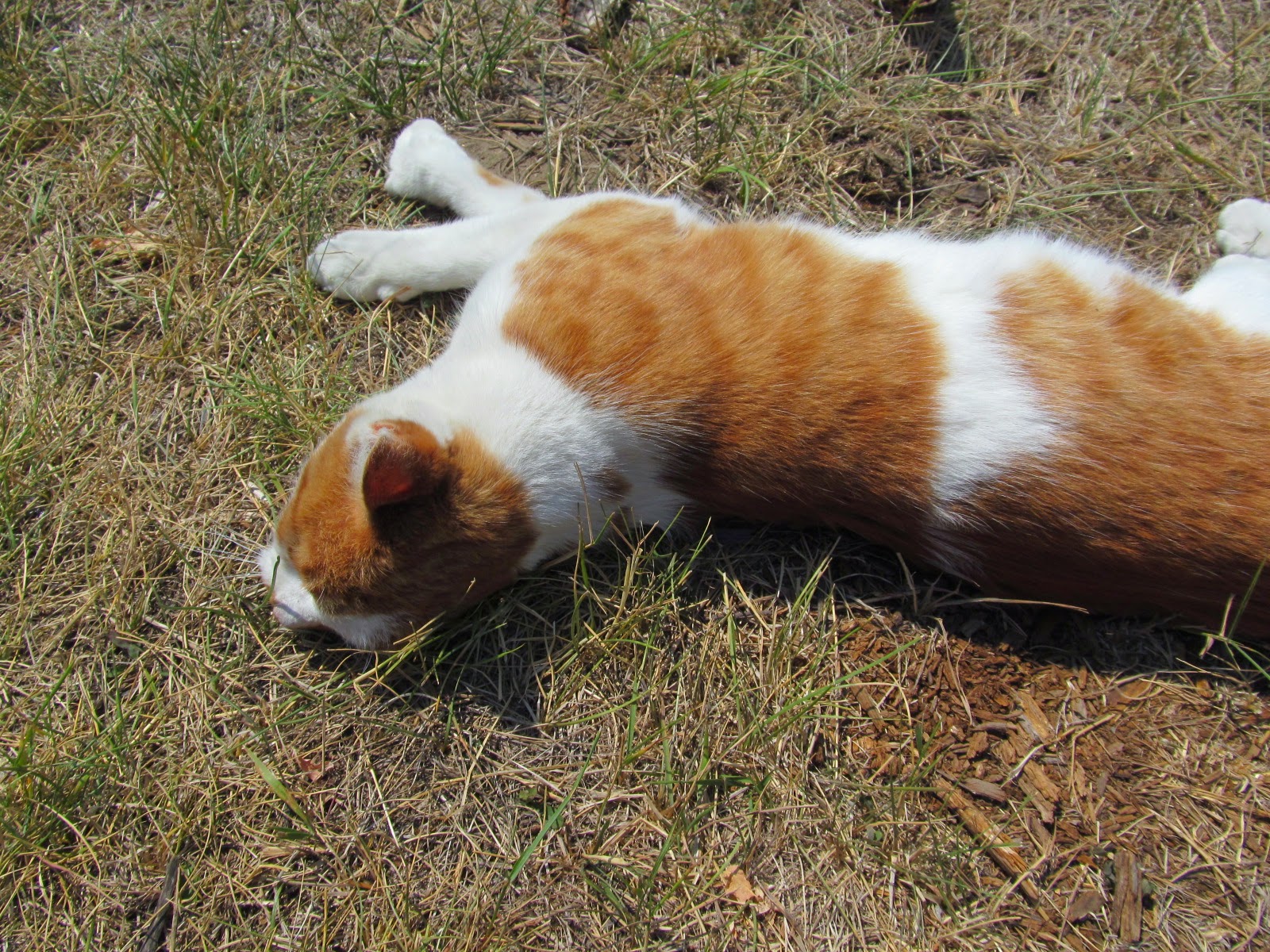 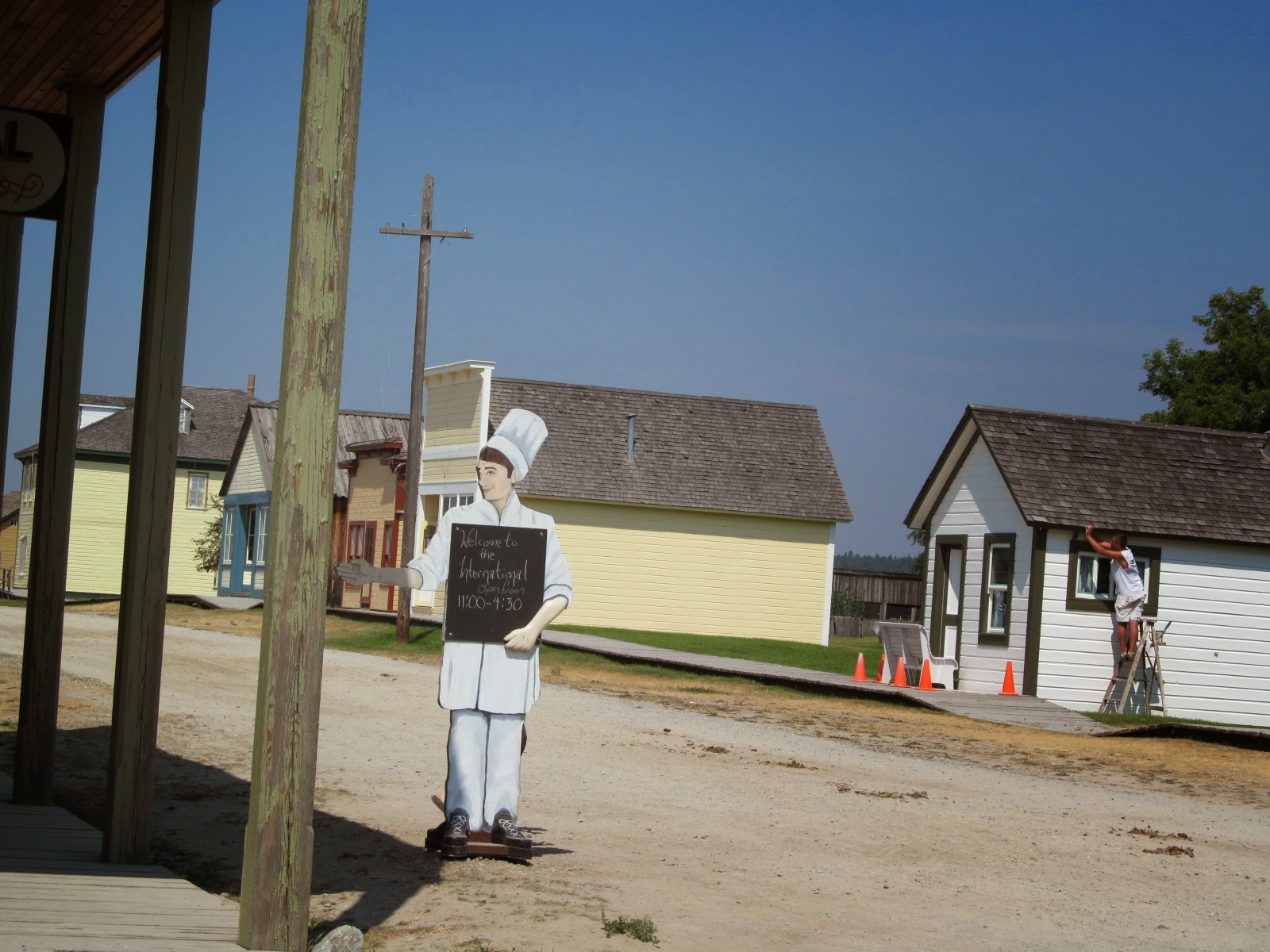 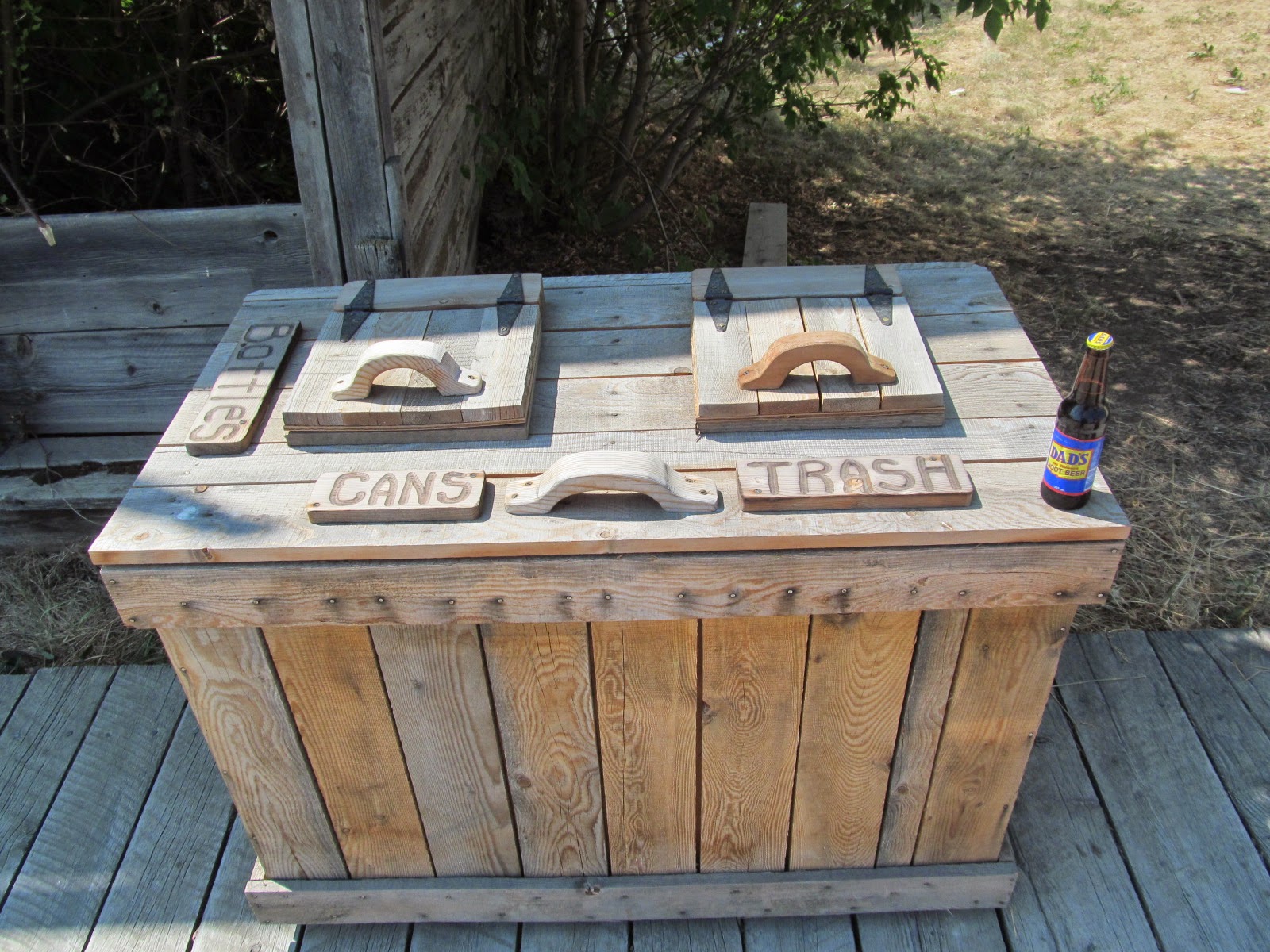 You gotta like that even the trash/recycle bins are in character. 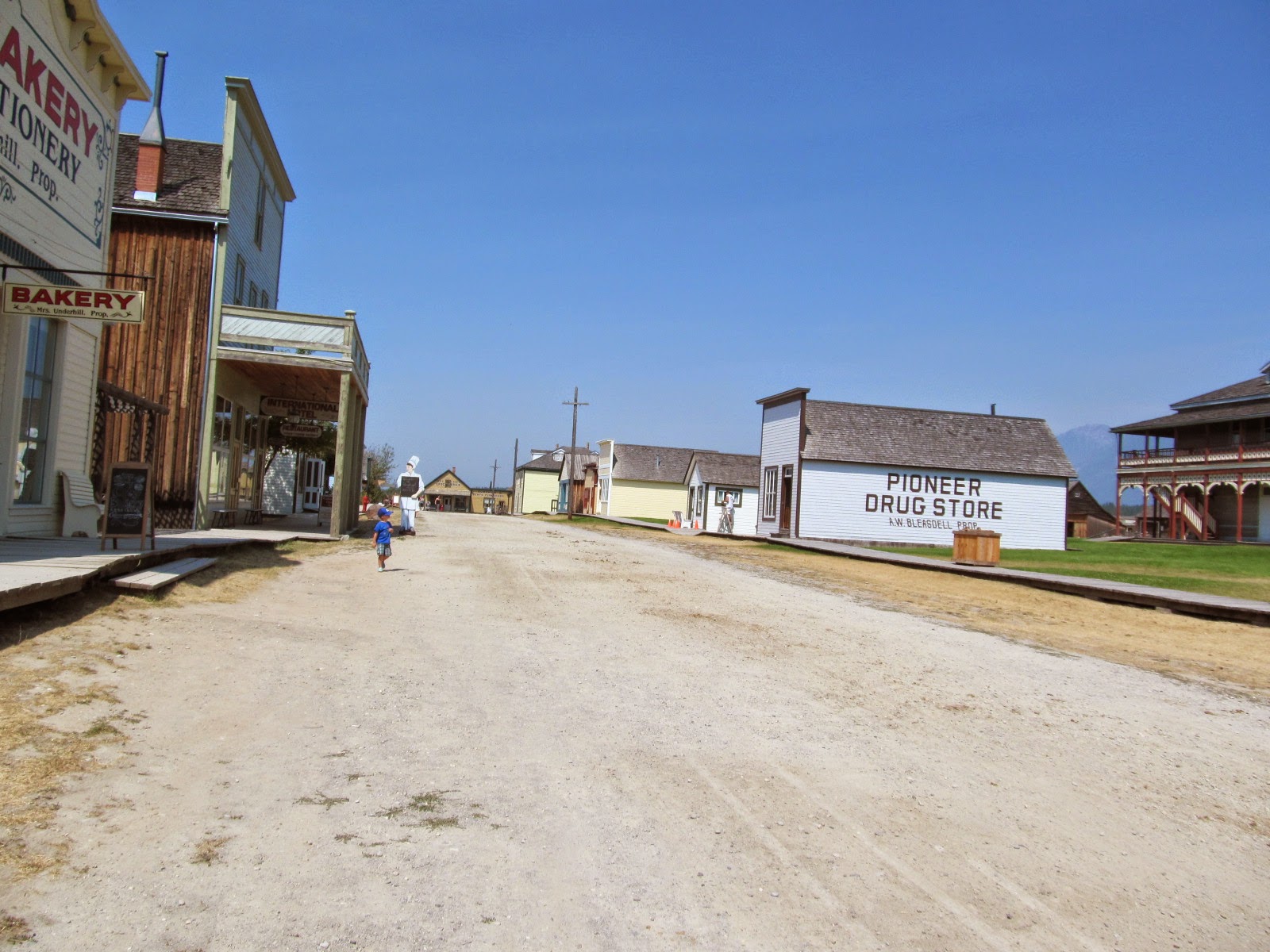 Perfect spot for a shootout 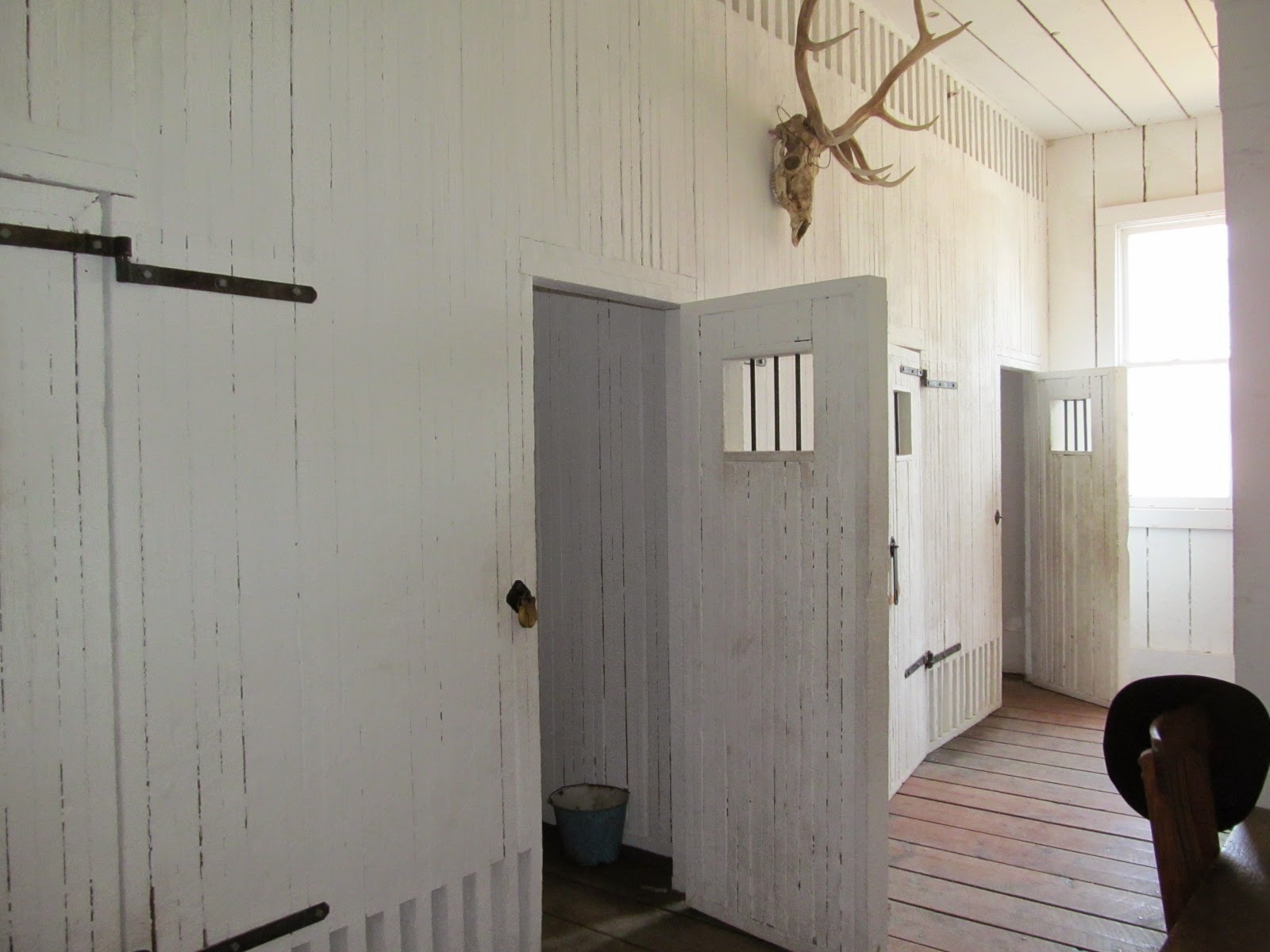 A wooden jail . . . can anyone spot the design flaw of a wooden jail? 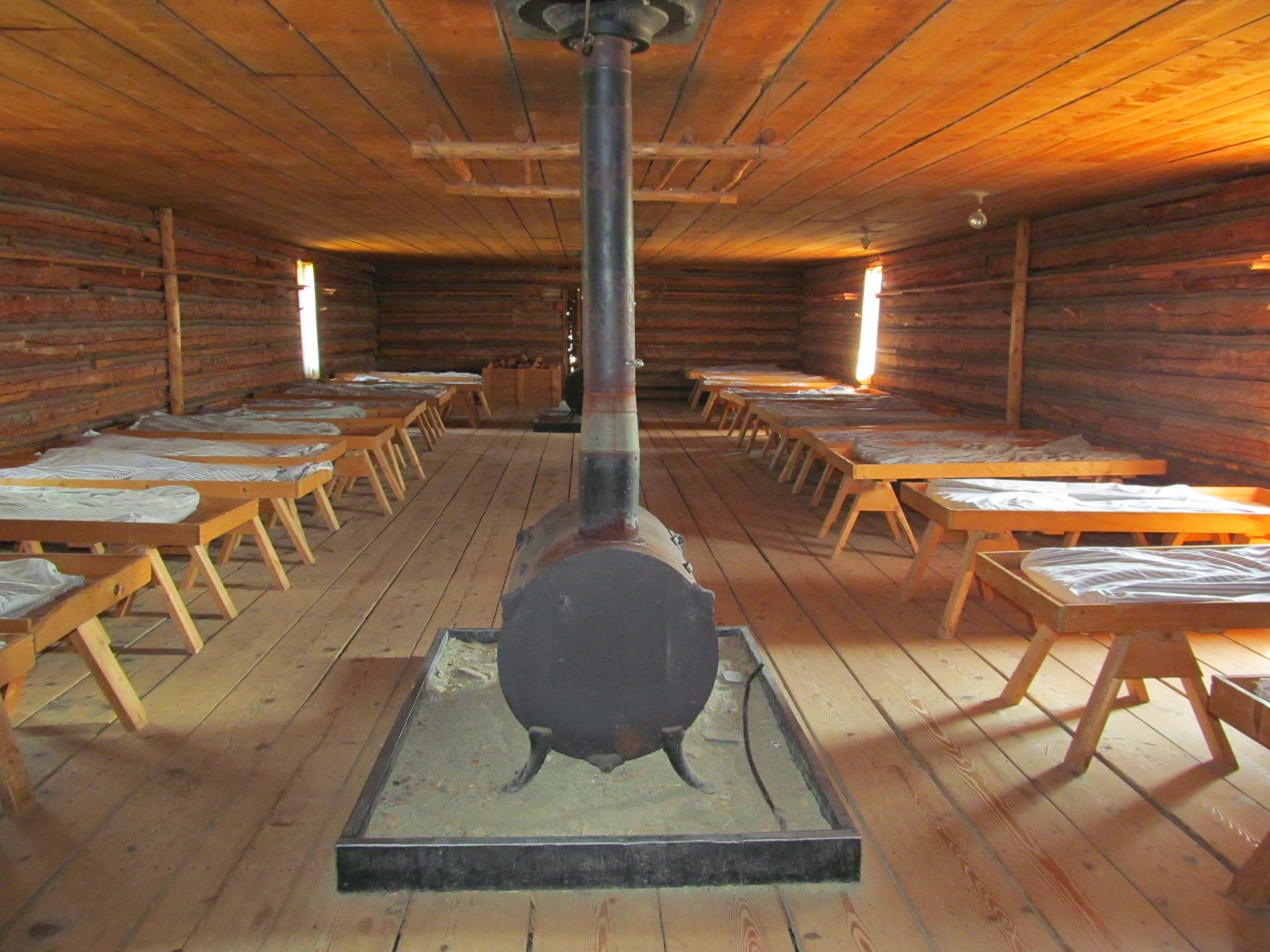 Compared to this, any Guards (Of Tanea) Barracks are the Waldof 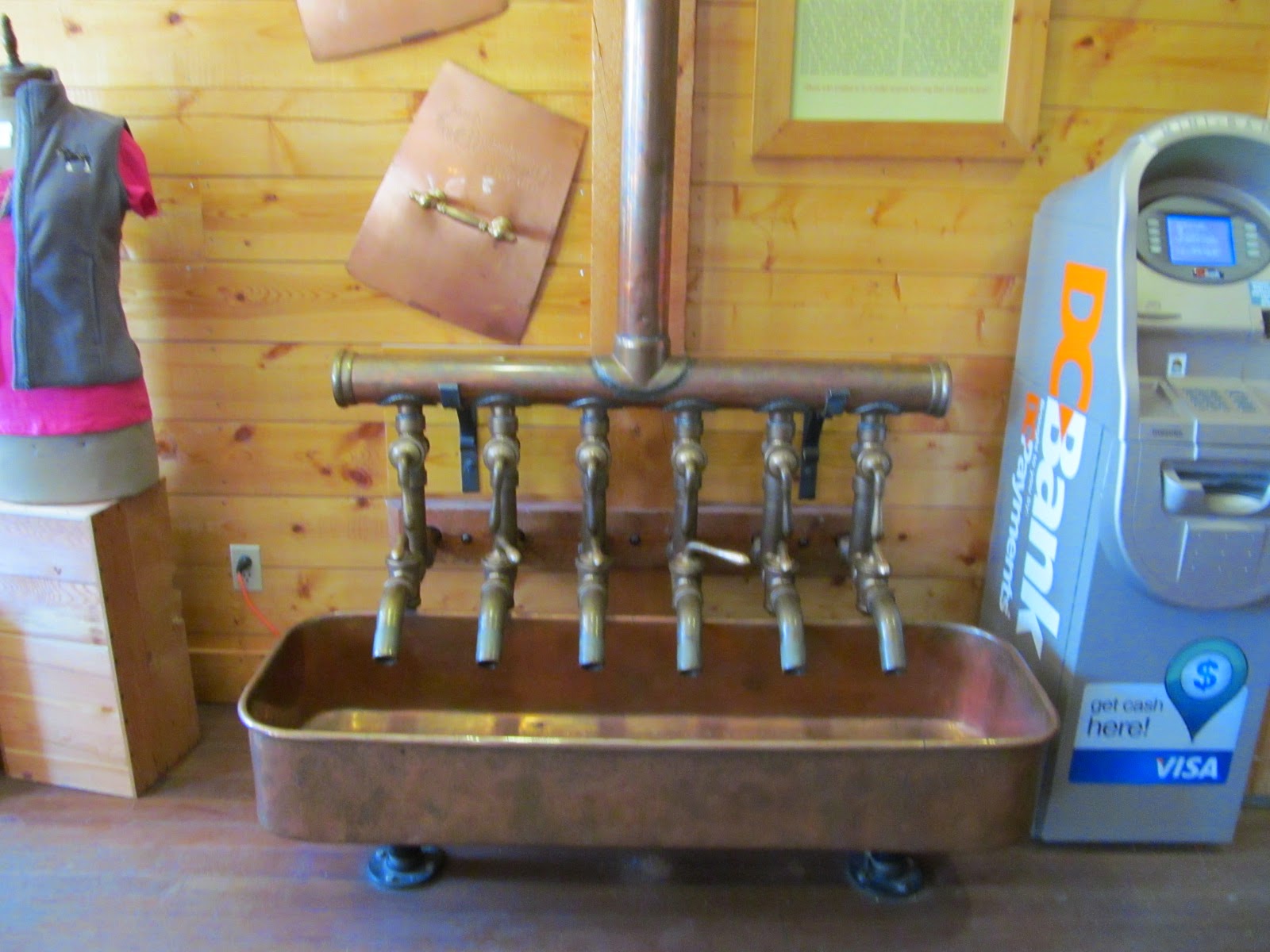 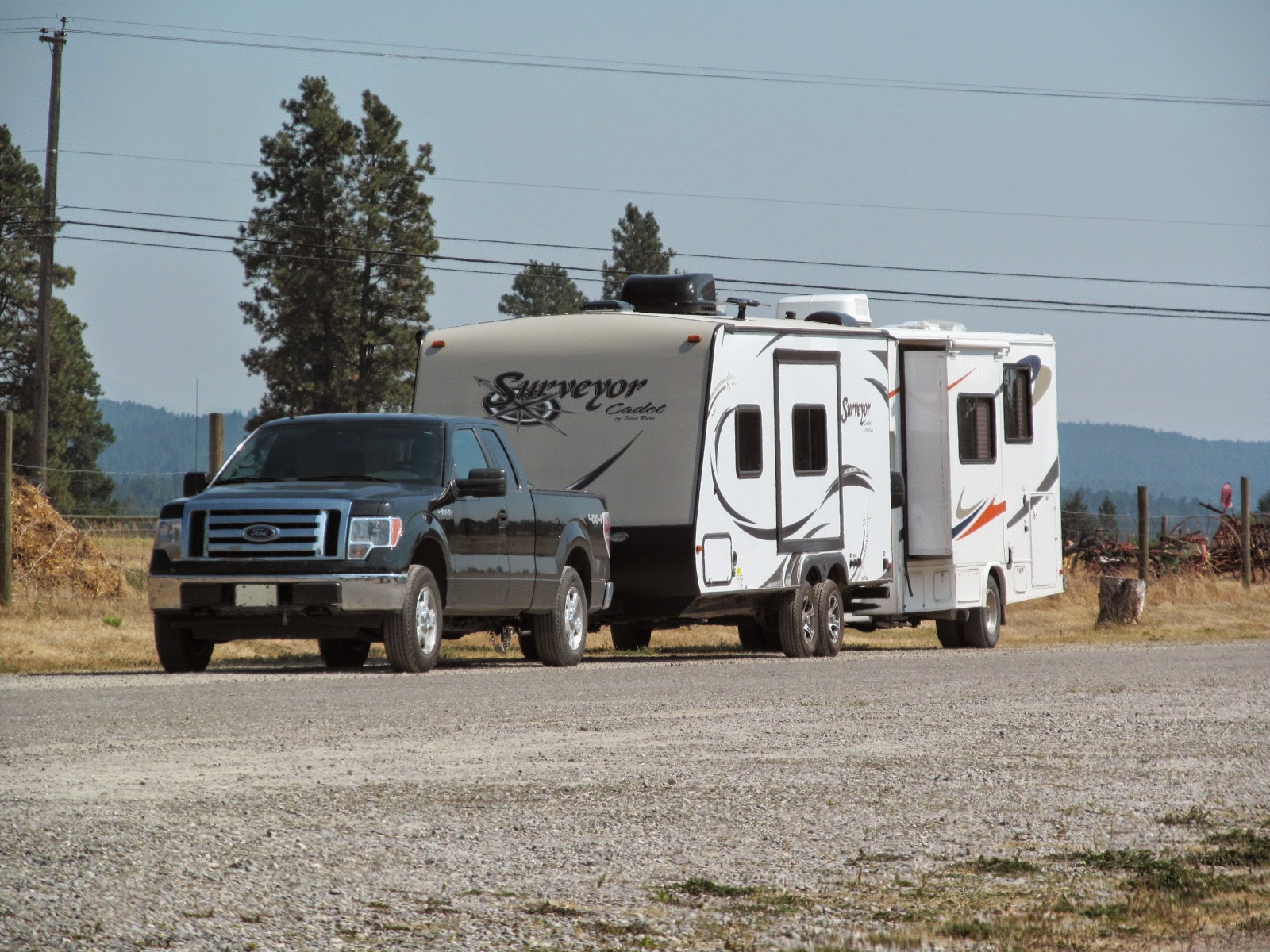 Suddenly, Wanda grew!
(okay, it is a motorhome strategically parked)

While walking around we saw a number of actors in character even having a few scenes out in the street. The interesting thing for me was that these were scenes for people to not only see but participate in. I didn’t take any pictures as I was paying attention to their performances.

It must be one of the most challenging things for an actor to do, to perform improvisational theatre which involves the audience, which surrounds you, shouting things out to you.

I always marvel at how actors do what they do and often times want to compliment them on their performance. The trouble is that at the time the actor is in character and such comments would draw them out of character. It is an odd dilemma for me, to compliment or not to compliment.

While the buildings looked nice and were well positioned thought town, most of them you could just peek inside the window and just look. Others you could walk inside but only on a set path with chicken wire between you and the display. A few others were populated with people doing things, such as the active blacksmith shop and the bakery to name a couple.

Upon leaving Fort Steele, and still needing fresh water, I decided to check out the nearest campground and see if I could pay to dump and get fresh water. It seemed to be a small campsite run by a husband and wife team who were not used to someone not staying there dumping. I was able to negotiate just buying some water.

We carried on through Cranbrook, as nothing really struck us to see there and it was getting later in the afternoon. We carried on to Creston and we are now staying at a RV park behind the Columbia Brewery. I will see if I can locate the fabled entrance to the secret tunnel into the brewery so I can get some free beer.

We carried on to here to fuel up because I was told that the gas was cheaper here. I gotta tell you coming from Calgary where it is $1.08/Ltr, paying 1.33/Ltr does not seem cheap.

I was interviewed by the fabulously talented Jessica Patterson (who is on her way to get her Masters in Journalism, as I understand it) for Metro News. Don’t believe me, here is the article

While we were talking, I repeatedly suggested for her to go inside Wanda to take a look around. I meant it as I was proud of my home on wheels and for her to get a chance to look around it. I didn’t mean anything nefarious or salacious by it and wondered why she always said no.

Half way through the interview it hit me: “Hey, Dum-Dum, YOU know that you’re a nice guy and won’t do anything to her, but SHE doesn’t.” I didn’t suggest it again, but she did glance inside. Oh yeah, I’m a bad-boy . . . that’s me . . . (you can stop laughing now).
Again we will head off and not have a particular plan on where and how far we are going to go. I think there is a museum in Creston and we may check that out. If Mother wasn’t here, I would go for a tour of the Columbia Brewery, but somehow dragging my mother around a tour of a brewery so I can hopefully get free beer or buy cheap beer at some “factory outlet store” doesn’t feel right.

At least we are departing here with a full charge in the batteries, topped up fresh water and the Grey and Black water tanks dumped. We are set and hopefully will find someplace free to stay at tonight, but who knows. We simply are travelling west on Hwy 3 and see what tickles our fancy.
Posted by Geoff W at 09:11