Creeping Through the Crowsnest Pass (Hapily)

With our original plan of spending a few days in Waterton Lakes scuttled due to my lack of planning ahead, we moved on towards BC. We instead decided to check out what the Crowsnest Pass had to offer other than another route through the Rocky Mountains. 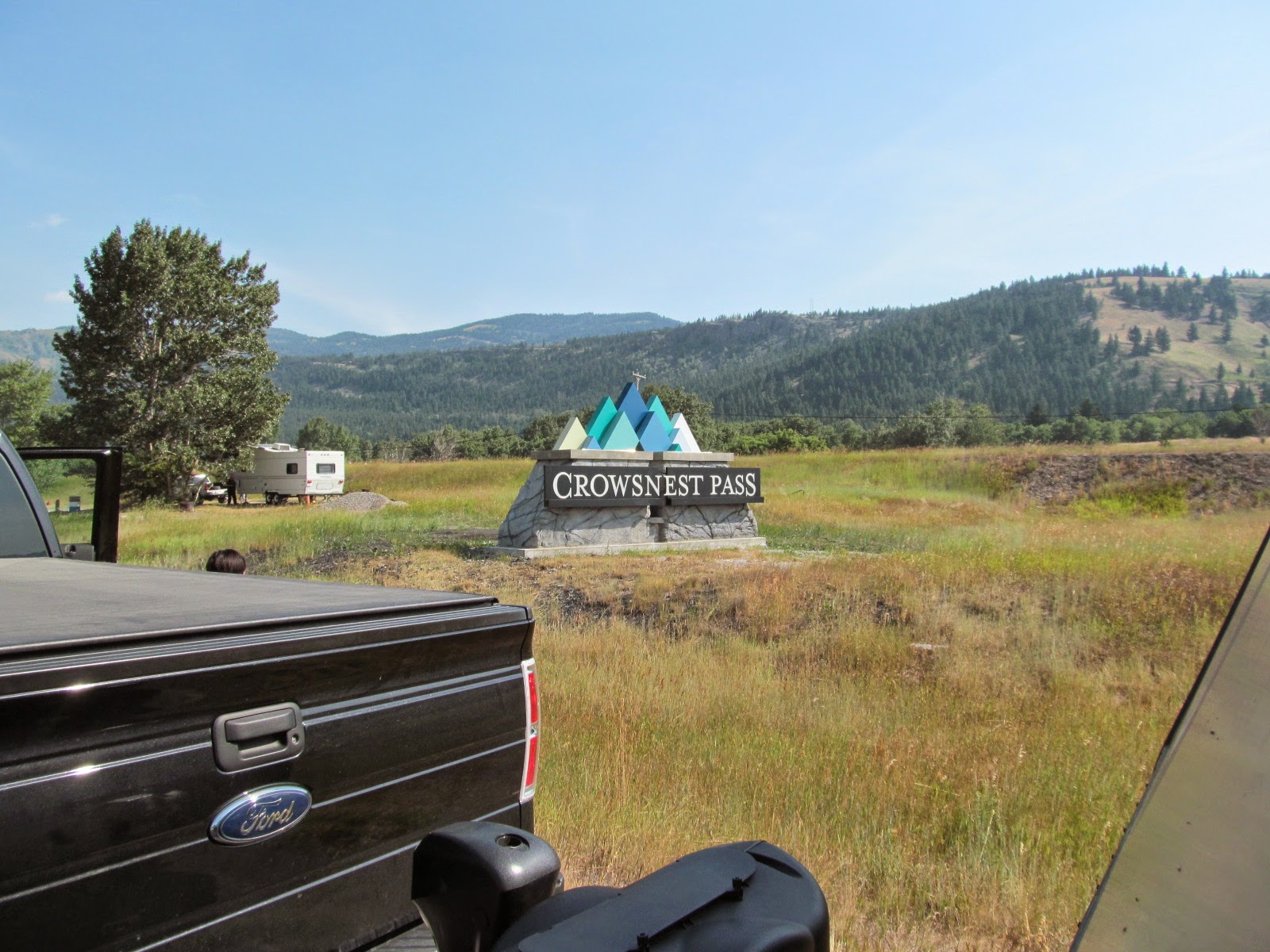 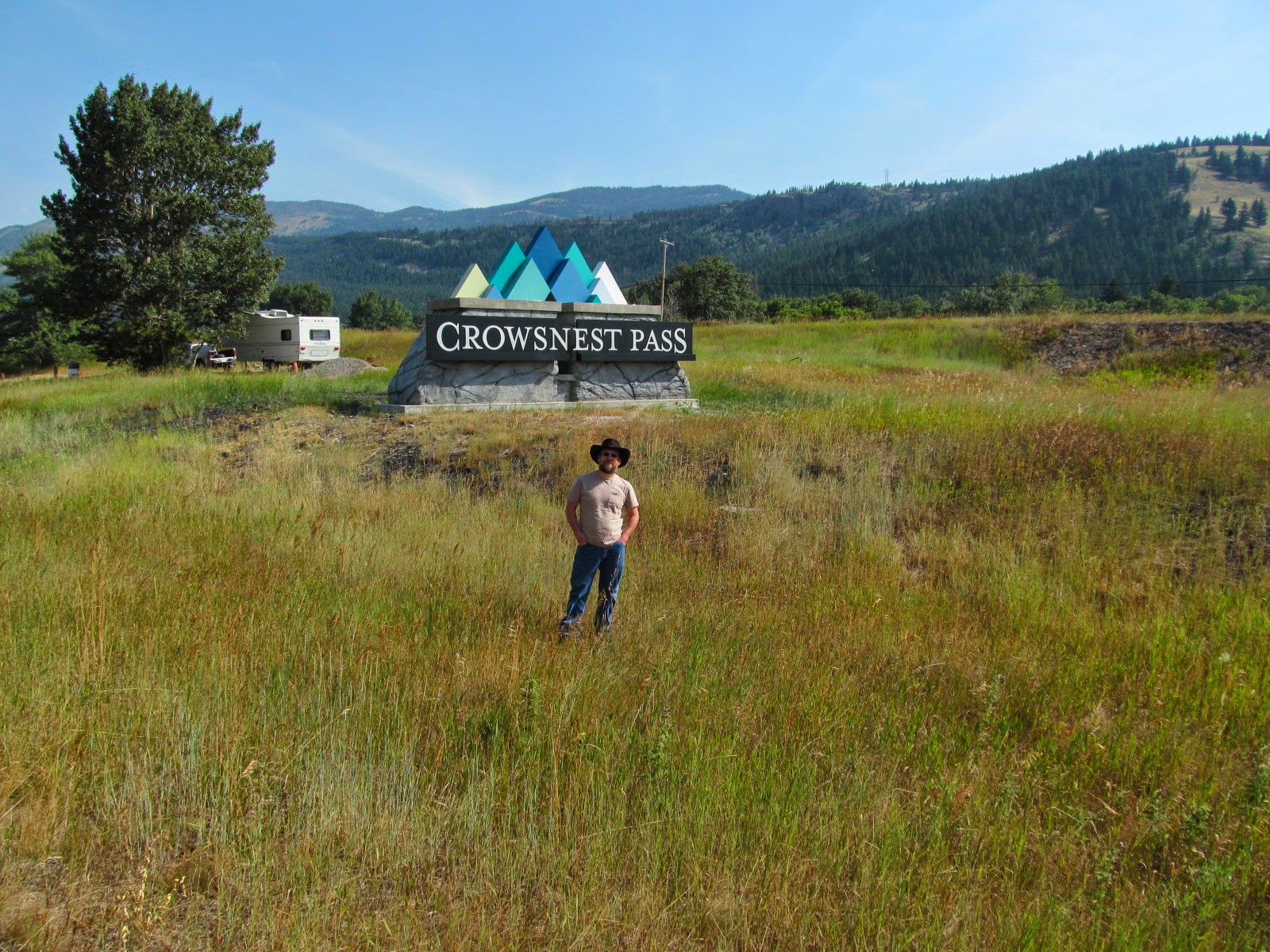 The first town we stopped at was Bellevue, I loved the look of the downtown core of these old towns, and this one did not disappoint. We made sure to stop at the “Bellevue Mine” to get an underground tour of a Coal mine (Cue: “Working in a Coal Mine.” 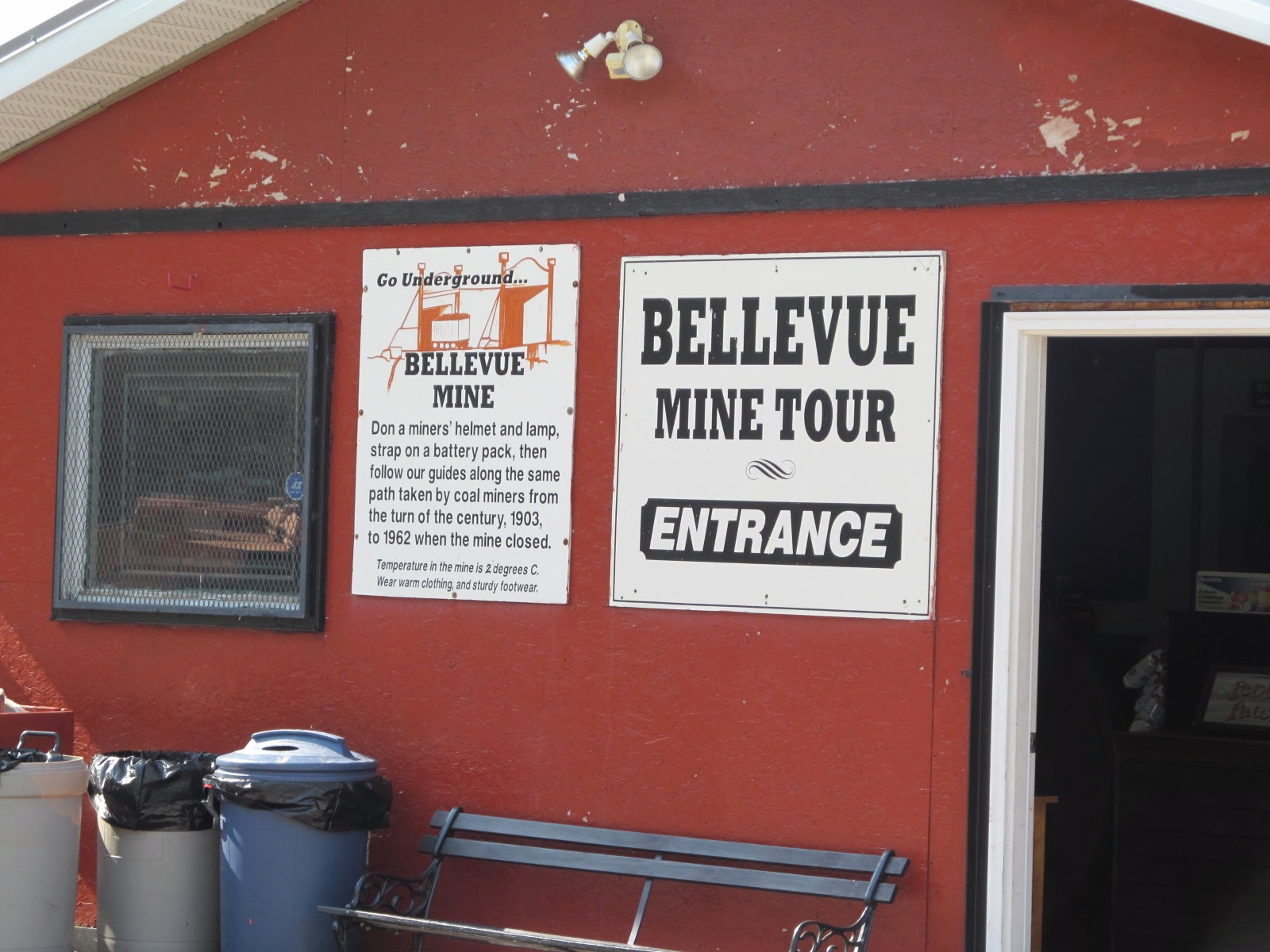 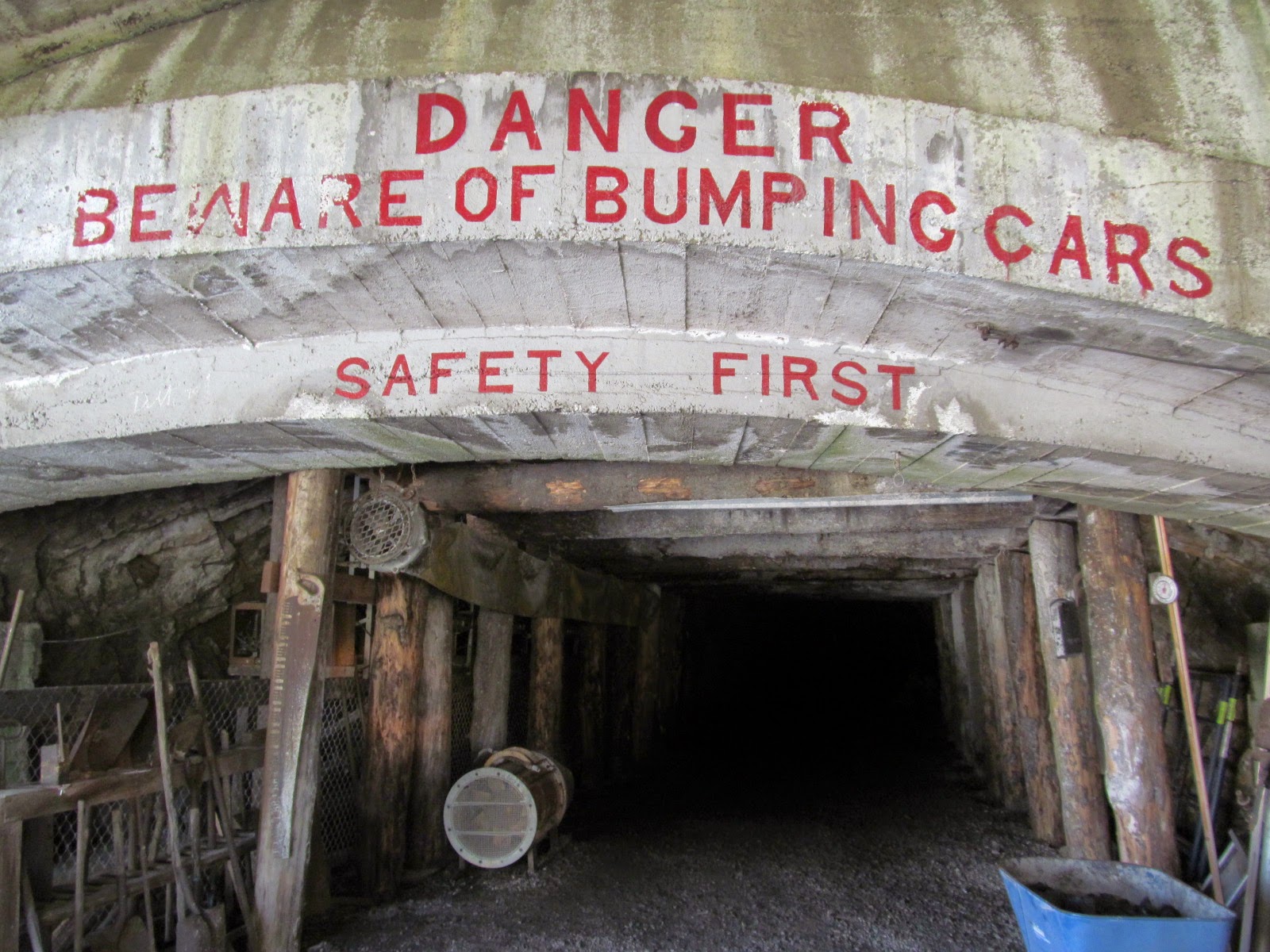 This was an actual working Coal Mine, which was one of several in what people at the time (circa turn of the last century) termed “The new Pittsburgh of the west). At the time people genuinely believed that the Crowsnest Pass would be one of the major suppliers of Coal and Coke.

Coke (in this case) is not the soda but a (for lack of a better term) refined form of coal. What they do is bake the larger usable chunks of coal in an oven by burning the useless tiny chunks of coal in an oven beside it. They do this to heat out the impurities in the coal so that in the end you have a product which burns longer, hotter and is less dangerous to store.

From here we went to “The Frank Slide Interpretive Centre” it is a lovely museum about a terrible event. In the early morning hours of August 29, 1903, a large chunk of the nearby mountain (Turtle Mountain) broke off and crushed half of the town of Frank, located at its base, killing an estimated 90 people). 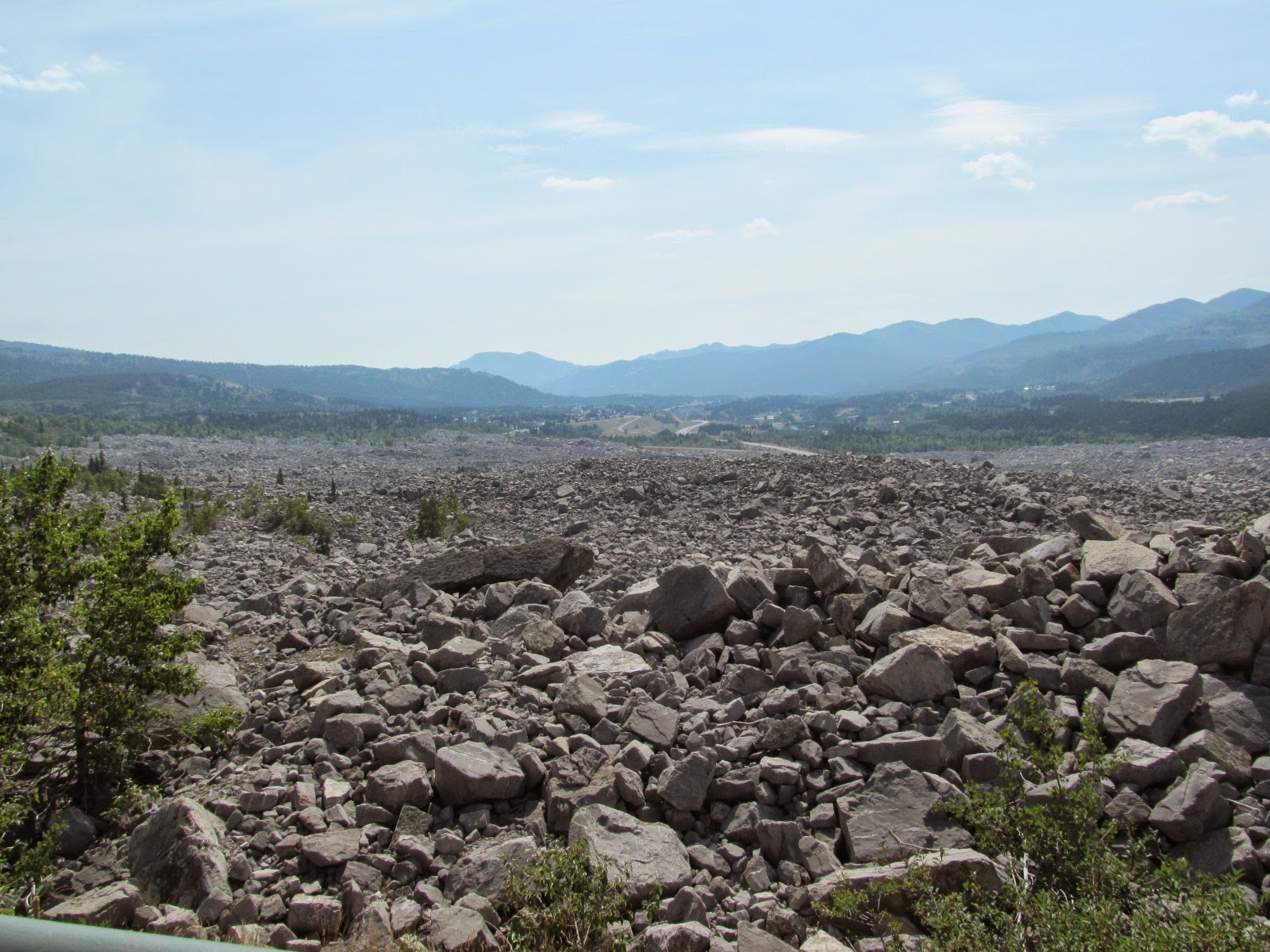 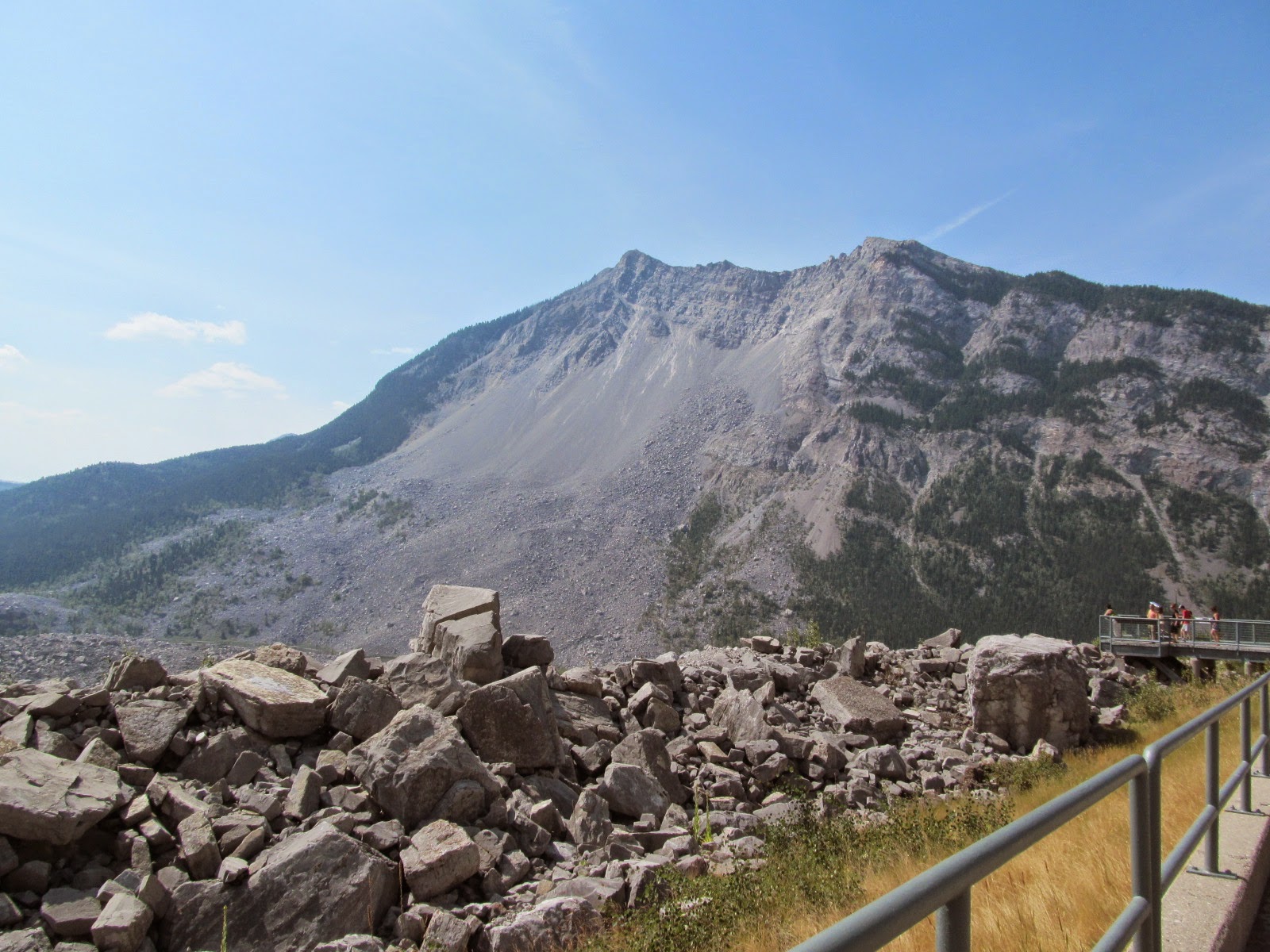 After that we stopped off in Coleman (no they don’t make the camping gear) at the “Crowsnest Museum.” This is a museum built in an old elementary school. This told the story of the people of the Crowsnest Pass, and it was quite interesting. (Sorry, No pictures . . . my bad). We even got to talking with the head of the museum who had such passion for the stories and history here that I had to ask her if she had a degree in History. She then admitted to being an Archaeologist, my guess was right.

That completed our tour of the Crowsnest, but I am sure that we missed a good deal. It was worth taking it slow to see the history of this place where most people don’t realize that the towns here did not spring up to serve as pits stops for highway travellers.

A very bewildered mother wondered why I was stopping at the sign which says “Welcome to B.C.”  I made sure that I did stop so I could put the “B.C” sticker on Wanda, as she has now travelled to B.C. 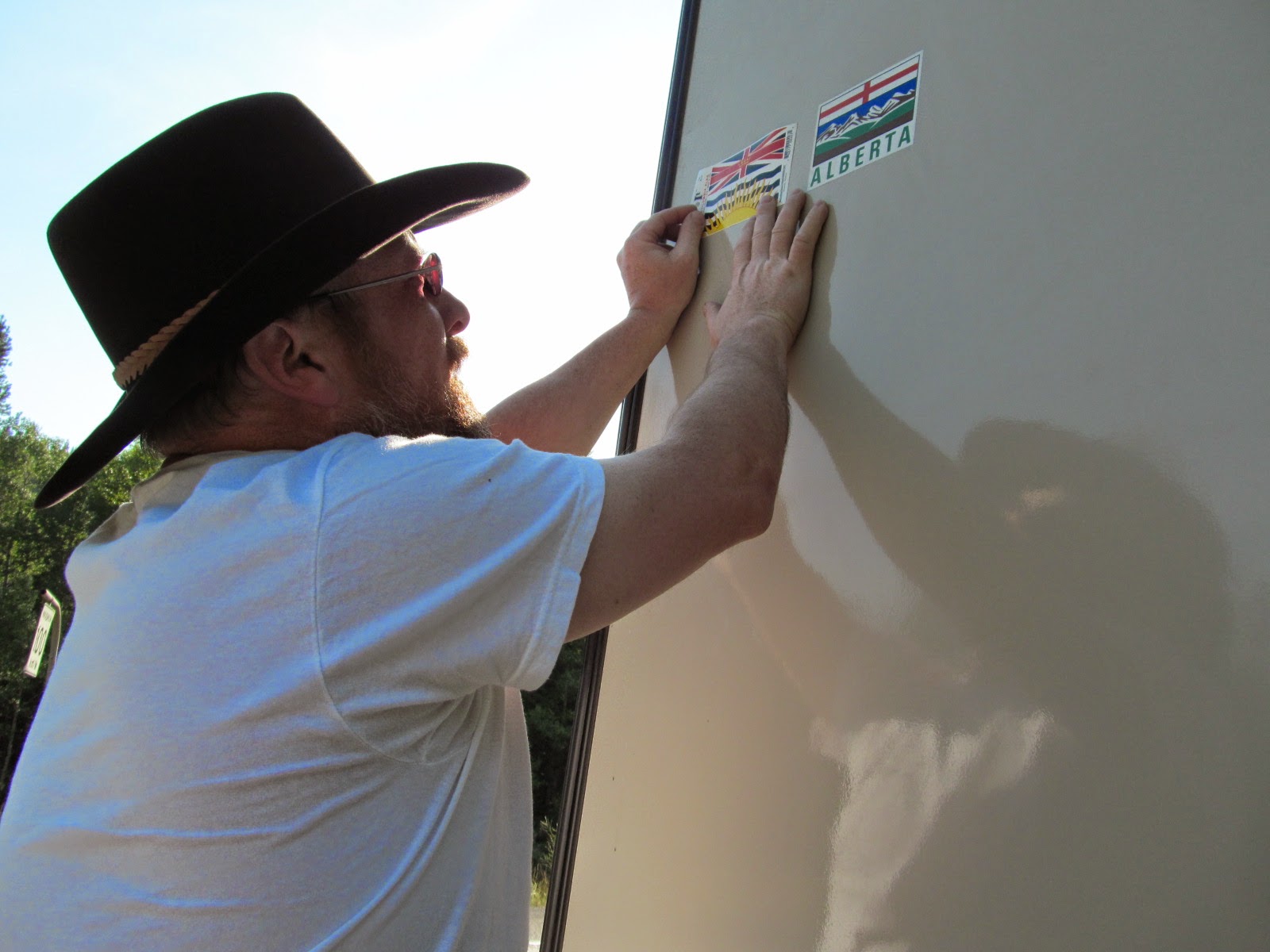 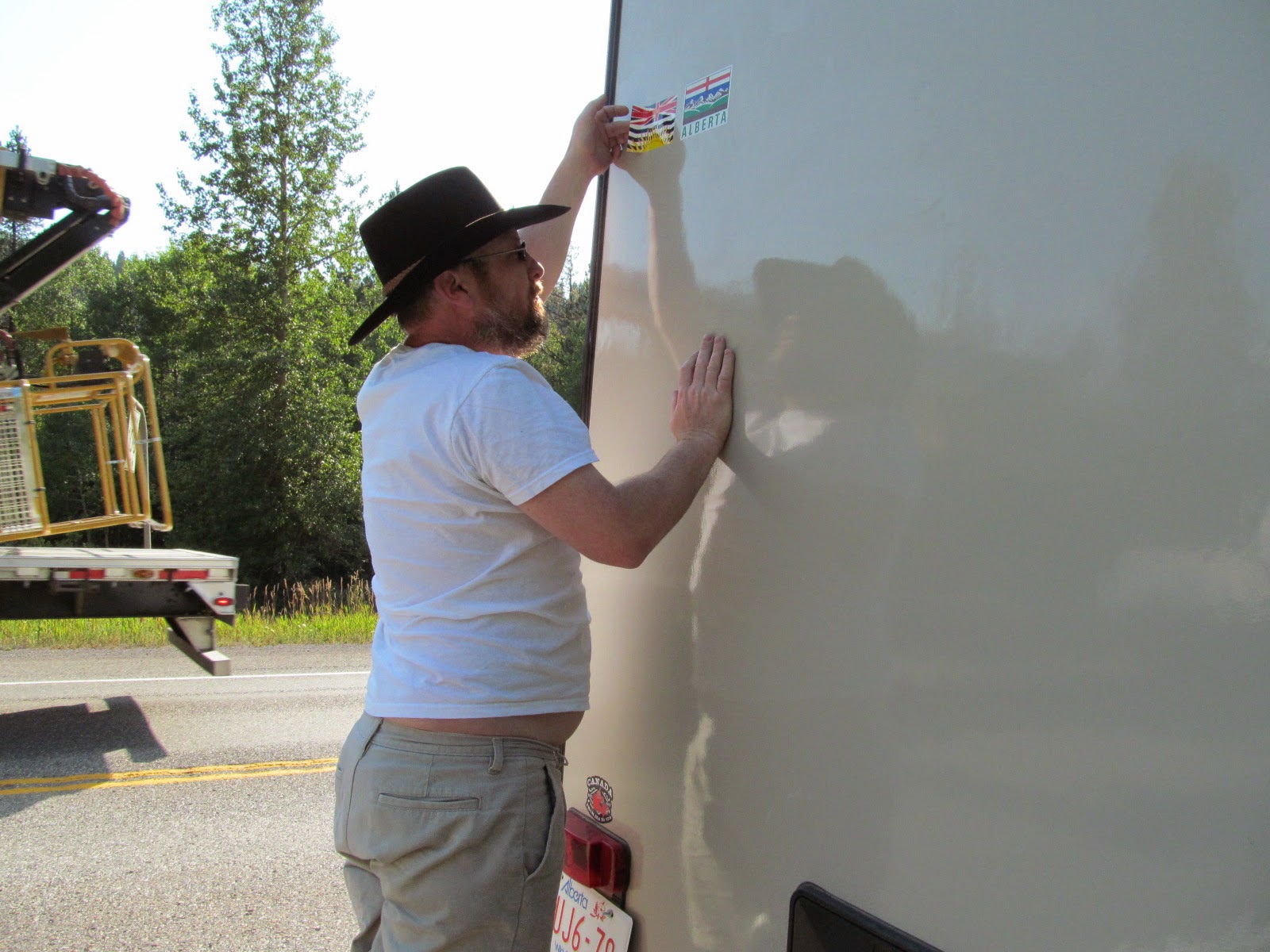 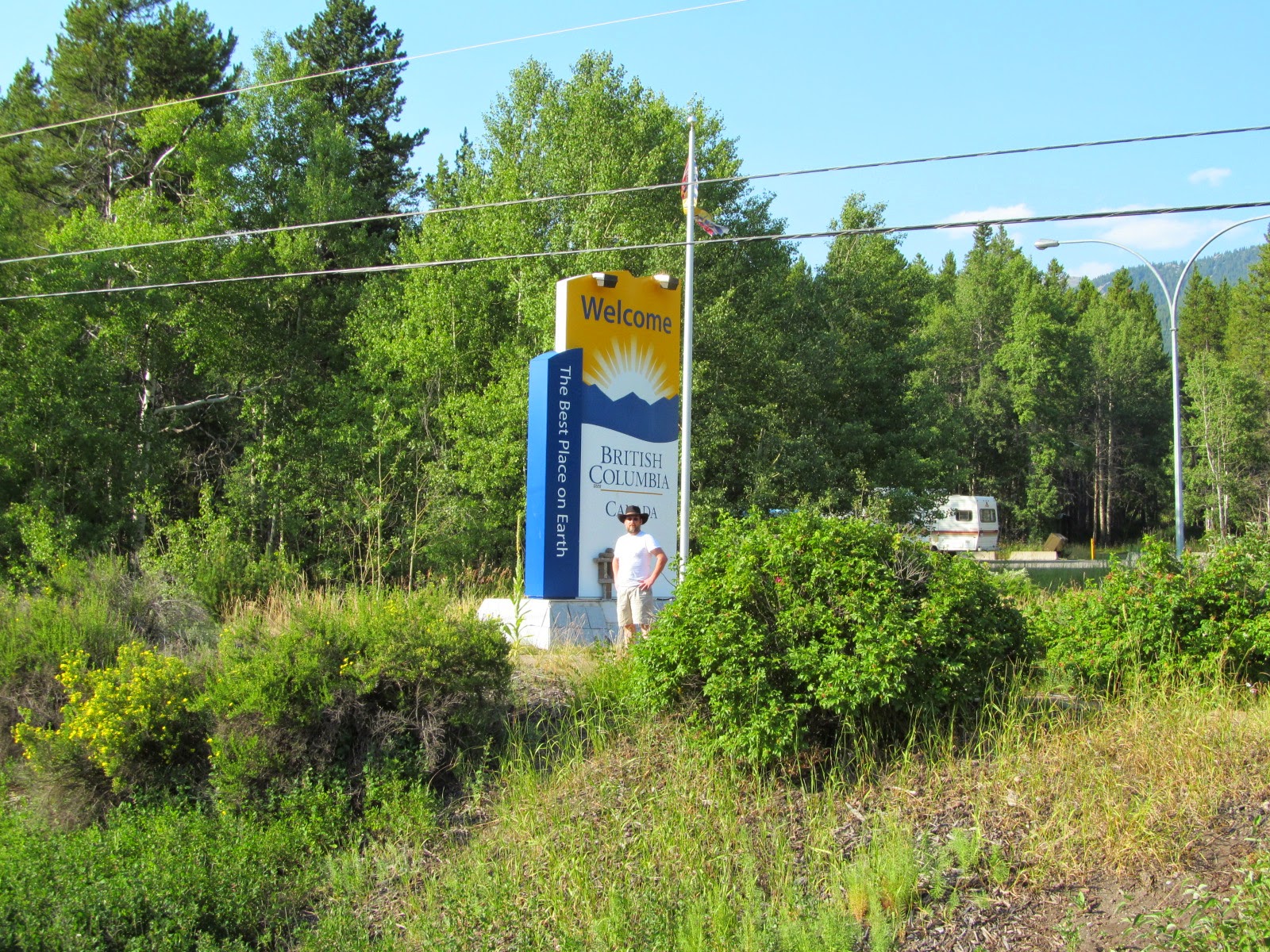 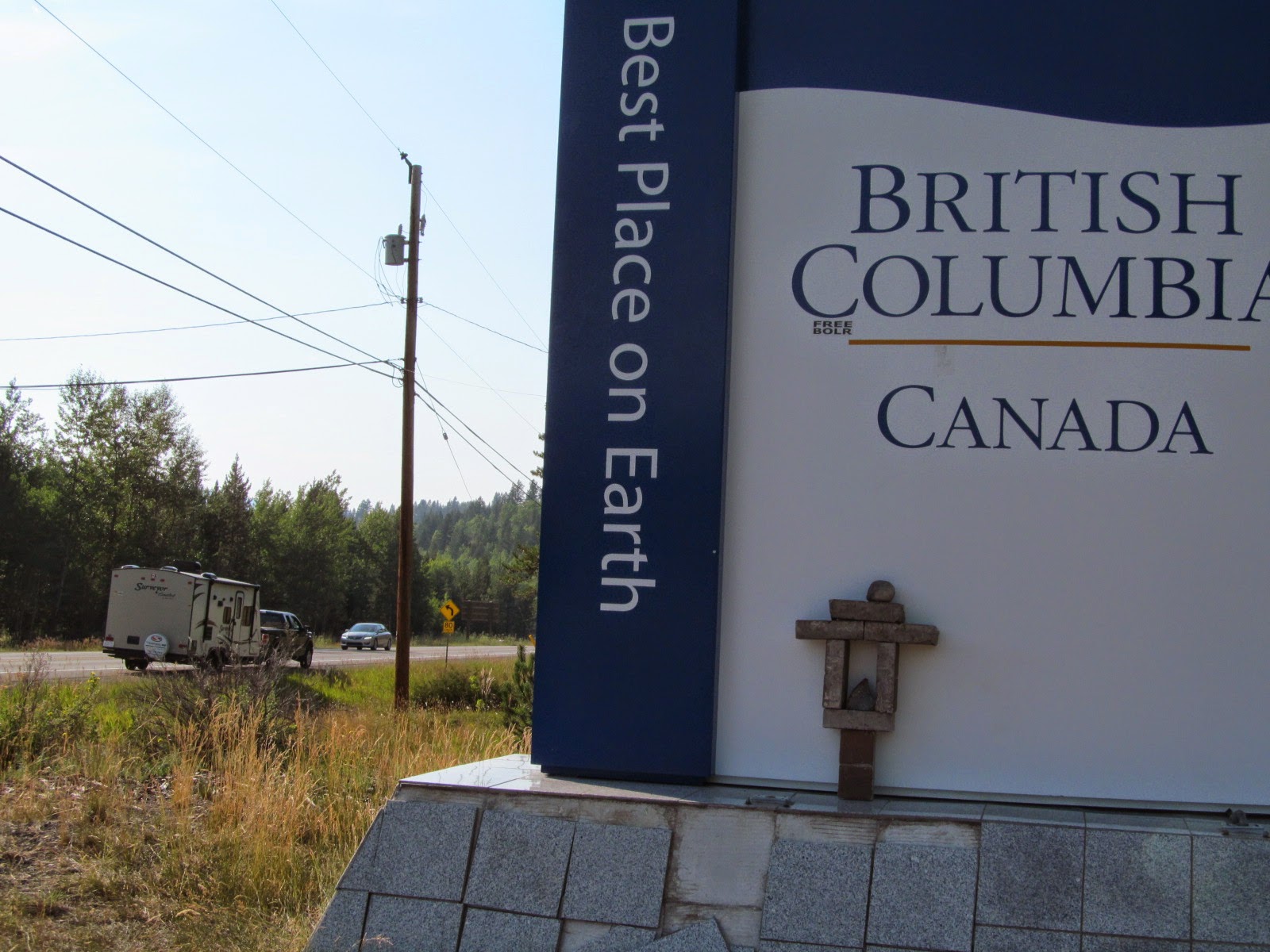 Mother said I could go ahead and put all of the Provincial stickers on Wanda, as I have been to all 10 provinces (a family trip when I was ten). I told her that I have been to these places, but Wanda hasn’t.

We ended up staying at Kikomun Creek, Provincial Park in B.C. It is a lovely place but the only hook-ups they have is power. This is okay as it charges up Wanda’s Batteries. Ordinarily I just top up the fresh water and dump at the sani-station on the way out.

Here, today they are under a “Boil Water advisory” and that means that it is pointless to mix their water with my clean water. I will have to look for a truckstop or some other place where I can dump and get clean fresh water.

I made sure to break out the BBQ and have a BBQ'D burger. Since Mom is Vegetarian, she picked up some Psudo-burgers in Calgary. I cooked them up side by side. I gotta tell you, while I respect her choices, this is not a ringing endorsement of a vegi-burger. Mine is on the right, hers is on the left. 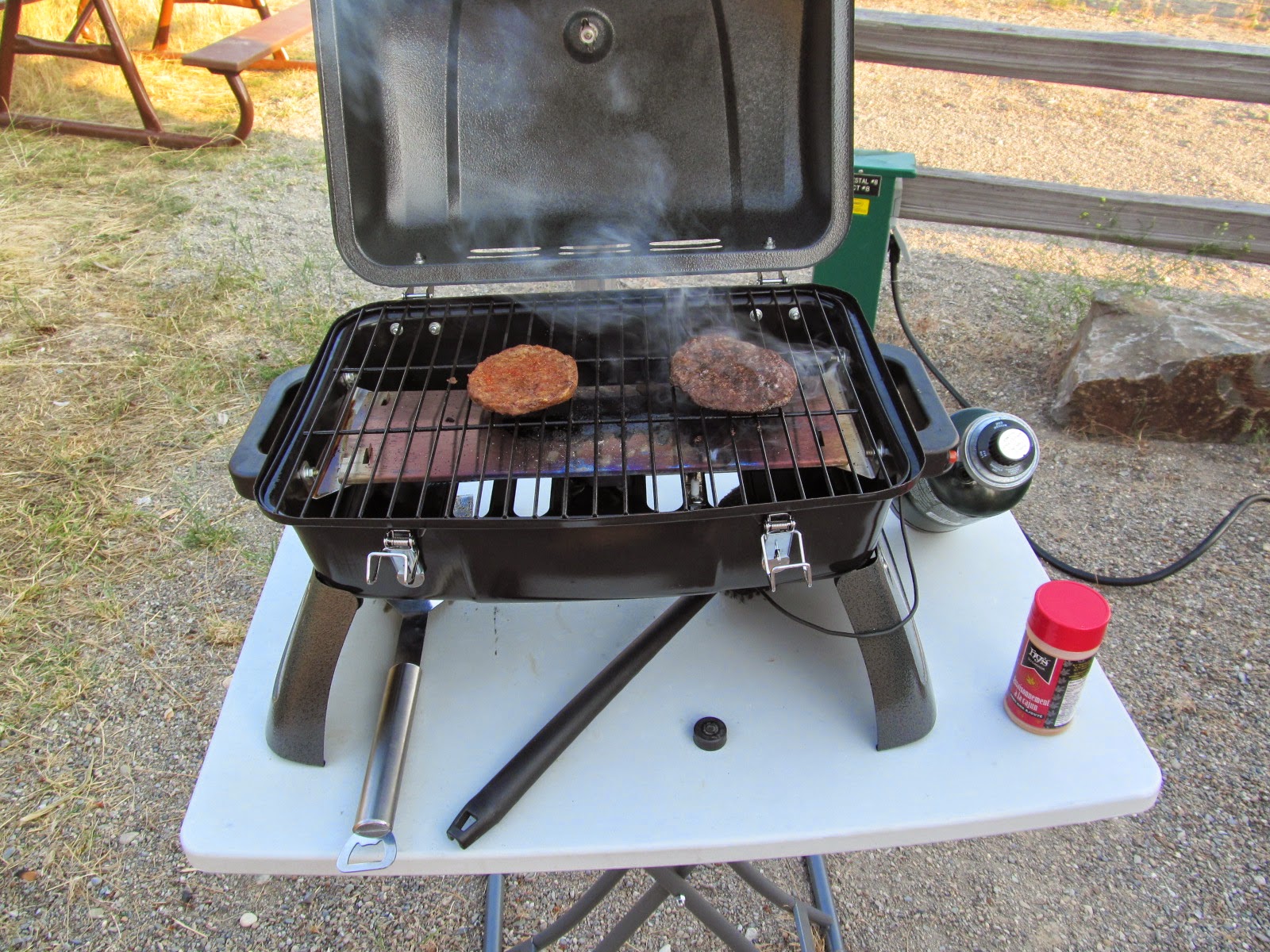 Here is a shot of the sunset in one direction and the moonrise in the other. 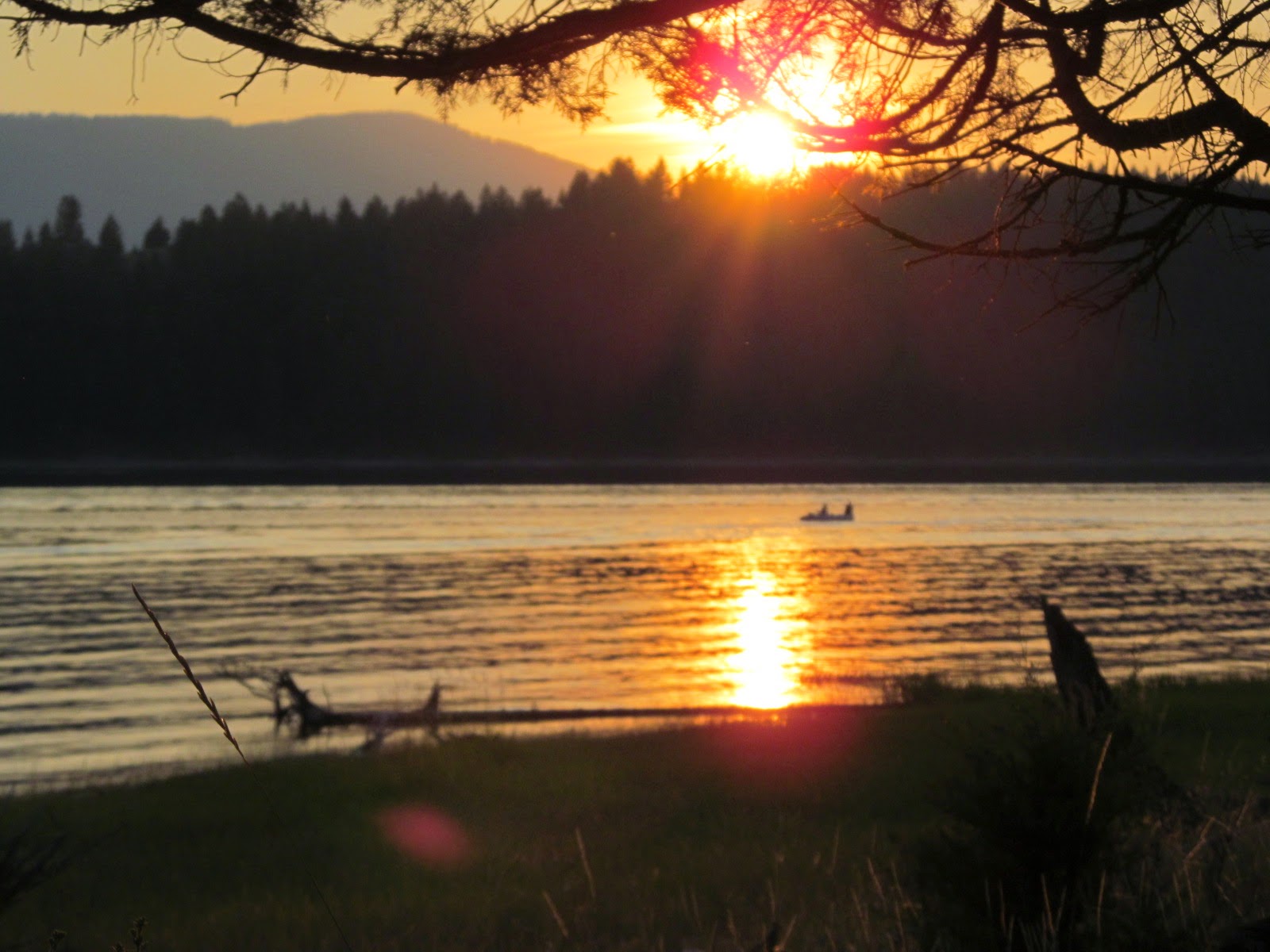 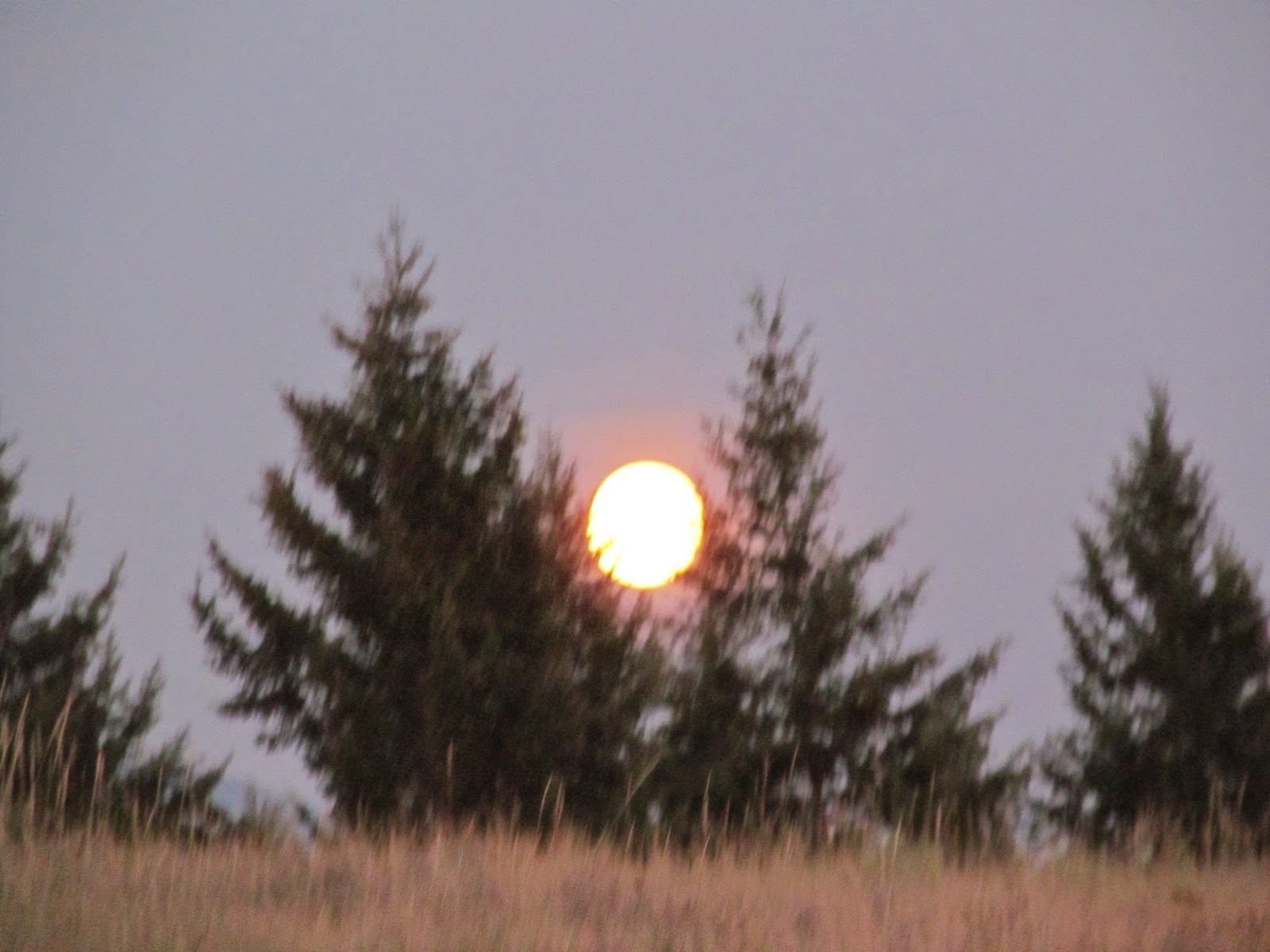 We are still heading west and have no particular plan on where we are going to stay, just taking it one day at a time and taking it slow. In truth I could do this trip in a day, but what is the point.

On the point of writing, I have not even opened up a chapter to review, let alone write new ones. On one hand this is understandable, but it is frustrating. I do want the book done so it can get out there, but I know that it takes time. Well, time for breakfast.
Posted by Geoff W at 08:37