Okay, I did plugin last night and I did check and confirm that yes Wanda’s furnace will switch over to run on AC automatically. How? When it was turned off I turned off the propane supply and turned the furnace on. It gave heat for more than a few minutes, thus proving it was getting heat from somewhere. I had earlier taken the cover off and inspected it to see that there was a propane gas line going into it.

This morning I woke up to frost on Treabilla’s windscreen as I moved to my work parking location. When I plugin behind work I always move as soon as I wake up so I can write and putter around Wanda in peace yet still be out of the way for when the trucks arrive and life at work returns. Again, wherever you are, wherever you park, act as a good guest should.

I didn’t write today but still worked on the backstory of The Sisterhood. In so doing a problem arose, one which has worked out into an interesting solution. First of all I had planned to focus the story on Treabilla (well Treabilla and Brian, one storyline each) Since Brian’s story has been all but determined I am left to define the other storyline, the one in Tanea.

I had intended to show how Treabilla was seduced by and joined The Sisterhood and then went to have some adventures in the east, adventures which affected her. Well as I was defining what happened in the east I increasingly wanted to have the main character be from the home where the troubles are centred on. It would hit home more and give more of an impact.

The trouble with this and Treabilla as it would dramatically change her character, she is the eldest daughter of The Director of The Council. She can (or will) be able to go between different world, one of the elite culture of The Council yet still pick up a sword and fight, or work up a sweat. To move her backstory would forever alter who she is.

Then I got the idea, why not just create another character and have her merge and heal Brian. That would be difficult and you would have two Sisters and essentially a redundant character. I then sparked upon the idea that what if as a result of what happens in the east, this character goes bad.

I now like the idea where Brian and “Freavilla” (a villain from Book One) comes from Kincaid and helps The Sisterhood take it over, only to see her whole family slaughtered when a disagreement breaks out and gets out of control. She then clings to The Sisterhood and sees that when the cause is realized, her great sacrifice will be rewarded and she will be exalted as a martyr (of sorts) to The Cause for giving and sacrificing so much.

Both characters experience similar things, both fight a war, both lose their families, both have a brush with Evil. The thing is, one turns away from evil and the other embraces it. It is that decision, that choice, that flip of a coin which determines their path and what happens to them for the rest of their lives. I see Freavilla being a reoccurring mid-level villain thought the series.

We will see Freavilla again and again and their hatred for each other will grow. They will become the other’s nemesis and continue their dance of one-upmanship throughout the series.

Hmm, must let this percolate and get to work, for now here is your sunrise shot 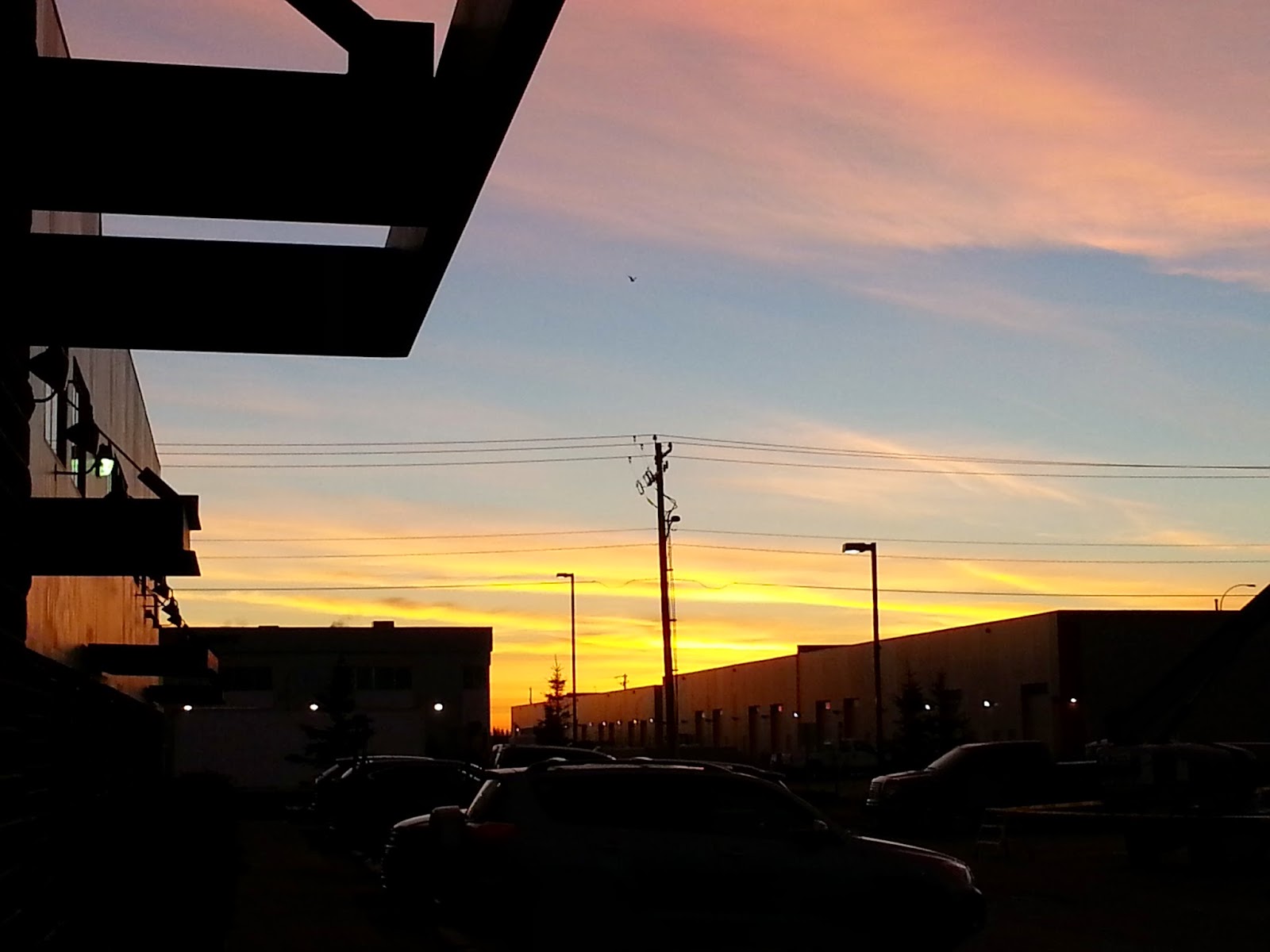