Back To Version One

I had outlined a number of chapters and even stated writing a chapter, but something hit me as wrong. I paused and let myself reflect on it for the evening. I realized that the whole book was bleak and dark, not the direction of hope and positivity that I had always wanted to be a theme in the books.

For one thing, Brian’s backstory is far too depressing but it needs to be its own book as if it is too big to be a flashback. As it is the flashback is half the book. If I go back to Treabilla, we see her struggle against a situation that she doesn’t want to be in but is stuck in. We see her struggle and strive to be free but still trapped.

There is tension, yet still some sparkle of hope for the future, as she is fighting for her family, in a way (to keep them safe). It is kinda blackmailed into service, extorted into service even: serve or we will kill your father. If you serve us, he will live once we take over, if you don’t he will die.

This morning the sunrise was spectacular, truly incredible and I don’t think that the picture does it justice, yet I will share it with you regardless. 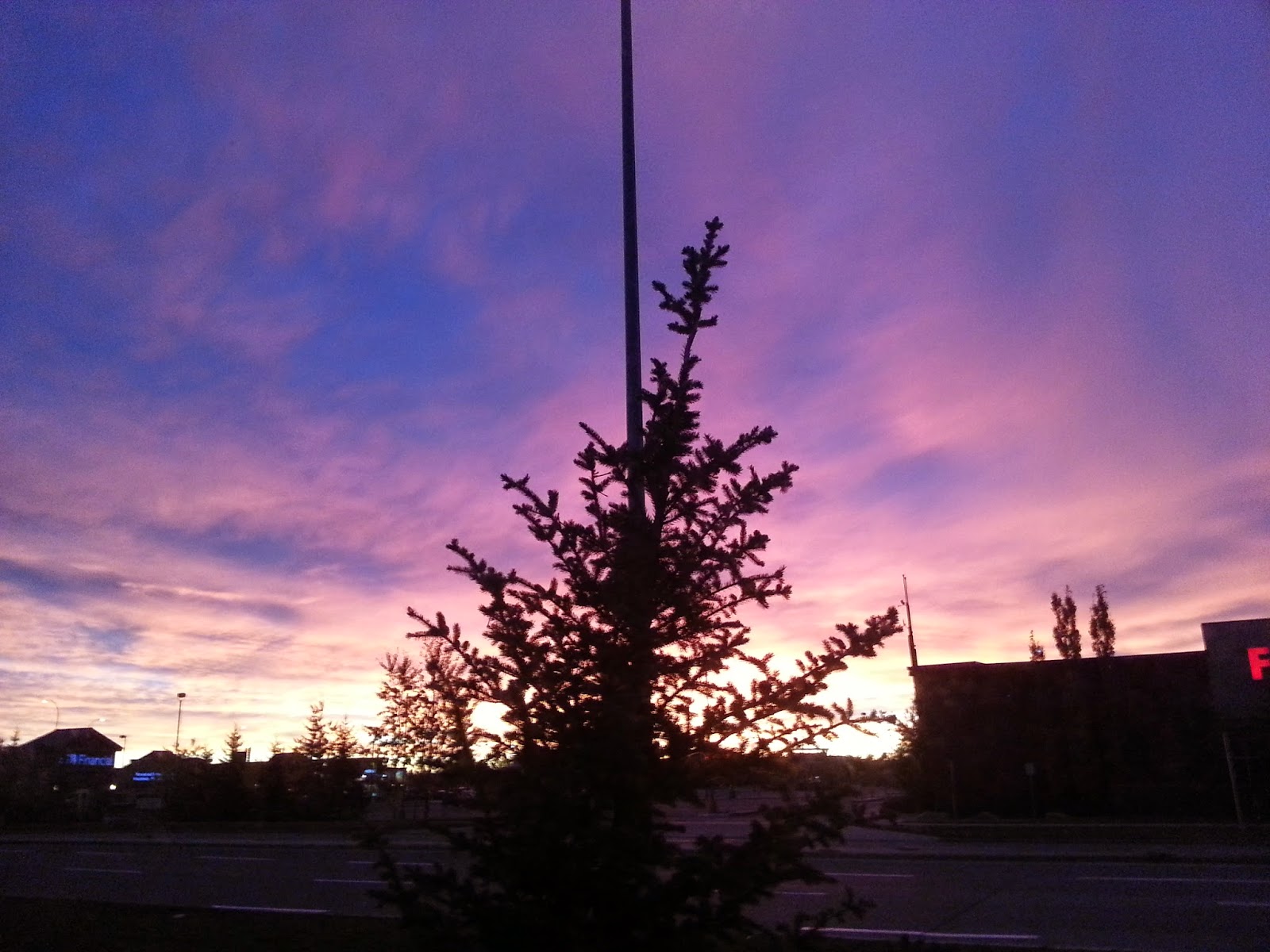 So far this morning I have almost finished the first chapter of this revamped book. That means that two chapters are as good as done today and hopefully three. Since most of Brian’s Storyline is already written, it means that just about half of the book is written.

I will be plugging in tonight, as it is Sunday and that means work tomorrow. It is getting a bit chilly but the weather is still nice and fine. The weather gods seem to predict a patch of real cold (-15 C) come late November but that is short lived.

I will be ready for this as I will probably plug in each night and just leave the furnace on the lowest setting all day. That way, hopefully my pipes won’t freeze yet I won’t go through too much propane. It will be a test. Colder than this and I will have to drain my tanks.

I am still taking this one day at a time and plugging along. This two month delay in paying down bills is frustrating but needed. I have known that I have needed to top up my bank account for a number of months now but I was so determined to get that first card done. I also know that I need to be prepared to rent a room, so that savings is needed.

Running off to Arizona is not an option for me, as I need to continue to work and I can’t telecommute what I do. If I can stick it out till mid to late December, I should be okay then renting inside only three months; by April 1 I can plan to be out again. It may be a bit cold, but the worst of the weather would be behind me.