No, I wasn’t overcome with an overwhelming sense of charity. Nor did a cute little lady charm me with some sob story (this time). I did give away a sizable amount though . . . let me explain.

After an unsuccessful attempt to sell the stuff myself (which resulted in the only person interested being a scammer) I instructed the storage place to sell the stuff with their next auction. They kept telling me that they were going to have an auction in a month . . . or two . . . and kept putting it off. I will say that they were nice enough to wave the storage fees, as I was selling the stuff through them.

This Friday afternoon I stopped by to see how they were doing and if they ever did sell that stuff. They still hadn’t had that auction and said they didn’t know when they were going to (too busy). After a brief discussion I just gave up. I signed the little piece of paper and with it signed away my rights to that stuff. In essence because they failed to do what they promised, I gave my stuff to them.

I know that I have the right to make a fuss to say that I was cheated that we had an agreement that they never honoured. I fully expected that stuff to be sold and the proceeds split (generously) within a few months. I also know that regardless, I had an agreement to rent that space from them. If I had been paying rent on it, by this point, that rent would have exceeded what I could realistically expect to get for the stuff. It was just time to let it all go; it was a business decision.

Still, it would have been nice to get something for all of that stuff . . . a little pile of cash to help me with my bills at least. In the end, I didn’t even get a case of beer, not even a kiss . . . is this what an amicable divorce feels like? Ah well, such is life, and you just have to move on, move forward and look at the positive in things. (Cue Monty Python’s “Always look on the bright side of life”).

I don’t know what the actual value of the stuff is now, but I do know that at retail value, what I paid for it, it is worth more than $5000.00. Yet, to me this stuff was just an anchor, a dead weight holding me here. As it is now, other than my job, the only thing holding me here, or anywhere, is that post office box. That I can easily give up and get my mail forwarded somewhere else. Now, I am truly mobile, truly an Urban Nomad.

Just because it looked nice this morning, here is your sunrise pic. 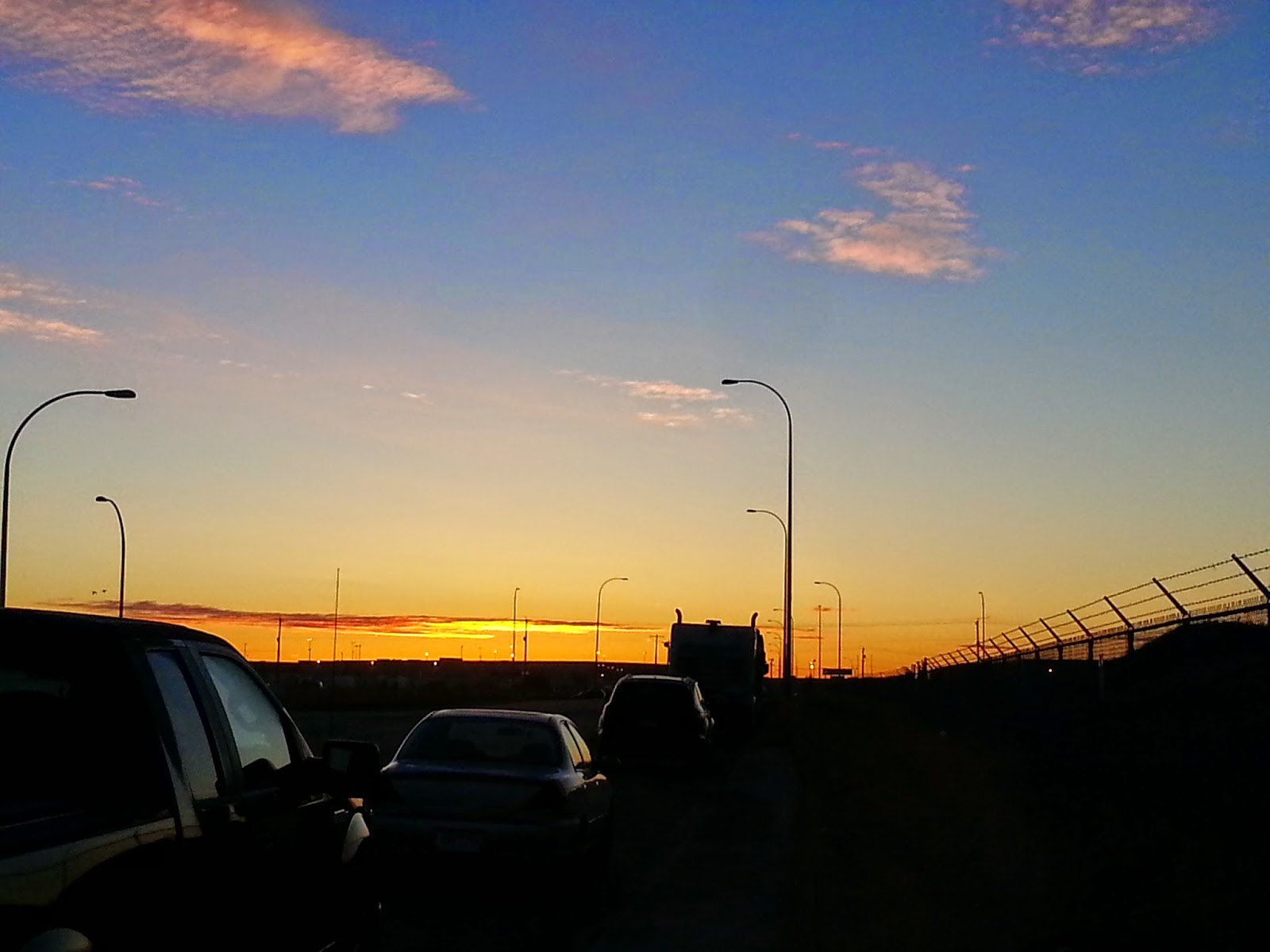