I went to the local museum here in Golden, B.C. with the hope to learn the history of the town and area. To make a long story short, I was disappointed.

Sure, the museum looked nice, there were lots of displays and old items. Most, if all, of them had little cards telling you what you were looking at.

The one exception to this was the fact that largest and most noticeable picture in the place there, didn’t tell you exactly what it was or when it was taken. I guessed that it was a shot of the downtown, very early in development. Again that was my guess, and guessing in a museum is not what you are supposed to do.

What I mean is that there was no clear starting point or path to go through to learn about the history. I saw a timeline poster at the door which told you what happened and when but it was in point form. This was a good start, but the rest of the museum let me down and didn’t support this.

I had hoped to learn who the original peoples were who populated this area. When and why did the first non-aboriginals come into the area. Who, when and why was a town started in this area? What was its first non-horse connection to the outside world? (Seamboats as it happens.)

Telling me exactly what valley I am in would have helped when reading the summery of the life history of David Thompson. For that matter, letting me know why he was important to this area, would be a good start.

From what I could gather while there was some sort of town in the area it really got its start during the construction of the Canadian Pacific Railway. This was a major staging area for the construction of the railway heading from Vancouver going east. This stretch of the railway was the hardest to build which is why the last spike is in the rocky mountains somewhere.

The town grew again when the CPR moved the regional head office away from Douglas (the next town over) to ???. People and businesses moved here to Golden.

In recent years with the development of the Kicking Horse Ski Area and a number of other adventure/guiding businesses, tourism has increased in importance to Golden.

I did also get a chance to go downtown to see what it looked like. It is a nice and picturesque downtown and a good example of a small town. Here are a few pictures. 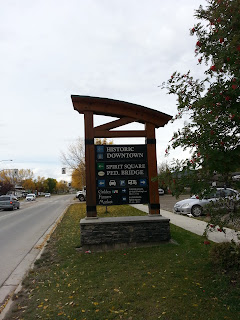 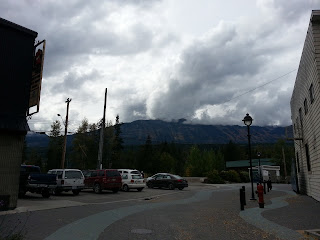 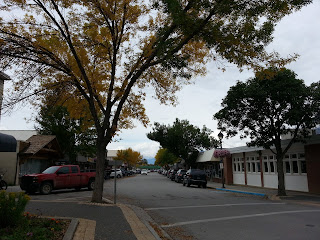 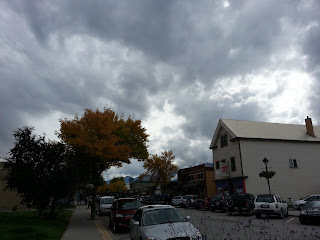 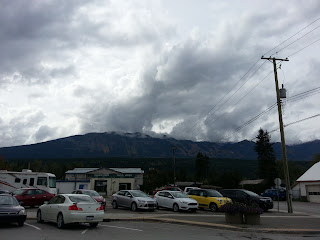