So here we are in lovely Nelson B.C. with the whole day to do nothing but explore and get to know the town.

The first thing that struck me about the town, other than the lovely scenery that surrounds the town is the buildings

This town has in fact made a conscious effort to care for and preserve their local history. They have successfully preserved and restored their heritage buildings.

There are a number of buildings throughout the downtown and old town areas that are from the early twentieth century, and a few earlier. T

hey have been fixed up and brought back to their original glory, well done, Nelson! Here are a few examples: 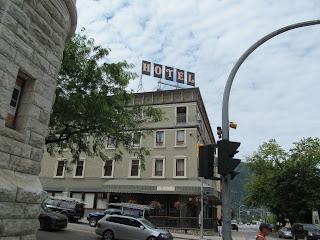 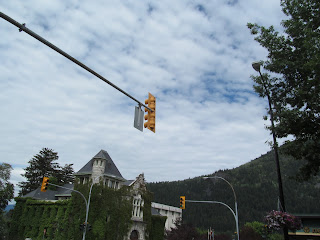 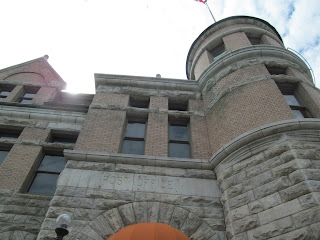 We did go to the local museum and check out the history of the town which seemed to be established as a mining/smelting/hydro electric town.

In fact this town seems to have a knack of reinventing itself whenever adversity hits, so it is hard to say exactly what Nelson is, other than a survivor that finds a way to thrive, no matter what.

After exploring downtown we went down to the waterfront. Oddly enough this was not all that easy to do, despite the fact that the town is built on a lake!

Most of the waterfront is taken up by industry, so the one park on the water (Waterfront Park) is lovely, but you need to consult a map to do so. 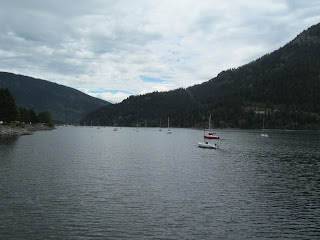 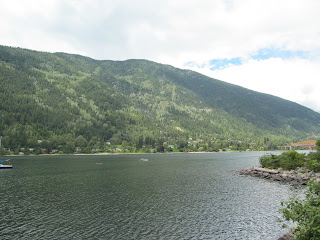 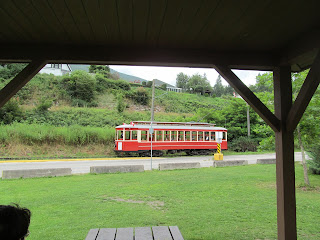 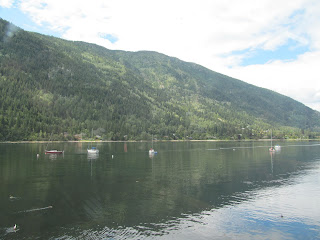 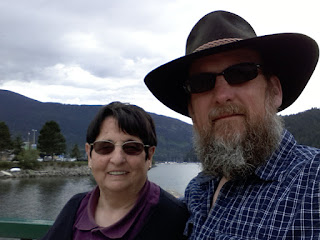 Yes, that last one is a selfie of me and mom at the park. (Dig the beard? I’m growing it longer not bushy).

We also saw that electric street car go by and decided to go on a ride. The price was three bucks for me and two bucks for mom. 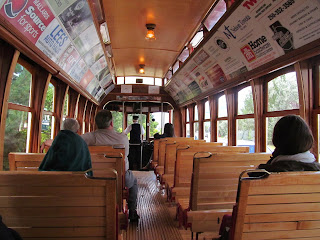 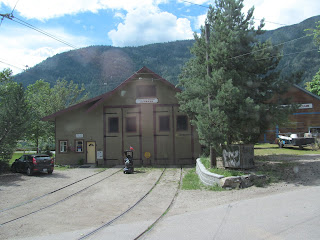 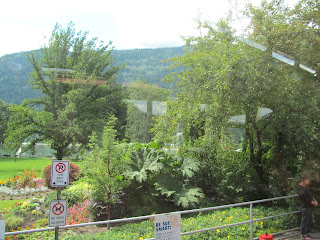 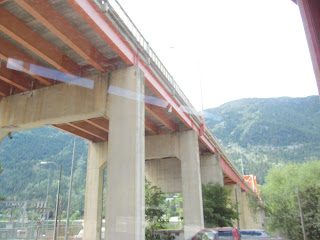 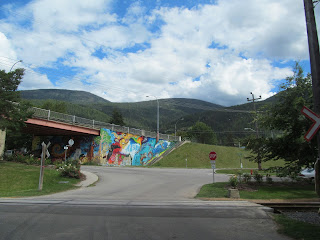 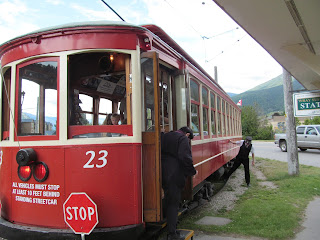 Apparently the street car ran downtown for fifty years until sometime in the fifties when it was stopped and the tracks torn up.

Sometime after that they decided to relocate it downtown and make it a tourist attraction along the waterfront. It is worth the ride, if you are in town.

The only trick is to look for the tiny ‘bus shelters’ along the waterfront as it does not have an actual station for you to go to.

One curious thing was that despite the fact that a number of boats were moored to a string of buoys along the waterfront, just off shore.

One sad thing I discovered was that one of them appeared to sink while still moored. Here is the top of it just poking out of the waterfront. 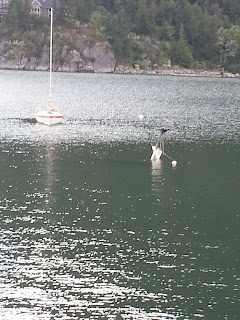 In the evening we did visit with the couple that mother wanted to visit who are doing mission work here in Nelson.

It was great to visit with people so energetic to give back to the community and the world at large.

We are off today but before we go, I just wanted to post a pic to show you exactly what our campsite was here in Nelson and what I had to back the trailer up through. 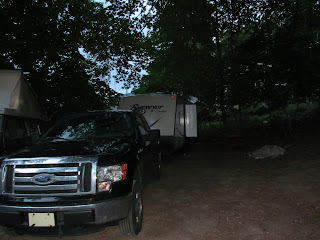 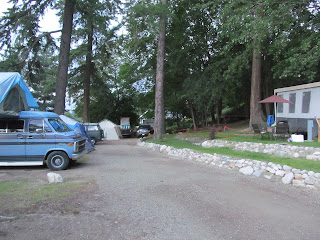 Today is a travel day, as we are heading all the way down to Vancouver on the coast, so I can spend a few days visiting family. I gotta run!

As always: Keep your head up your attitude positive and keep moving forward!
Posted by Geoff W at 09:01