Banff Was Good . . . Decision Was Made

I had a nice, relaxing, yet productive time in Banff, this weekend. I was able to finish putting things away and get Wanda organized.  Now, when I want to get away, all I need is to take a cooler of the foods I need to refrigerate and go.

There will always be small things here and there to take and tweak, but that is part of the fun.  For example, while I did install a modest key ring holder, I still need to figure out where and how to attach a hat hook.

Here are a few choice pics from the weekend. 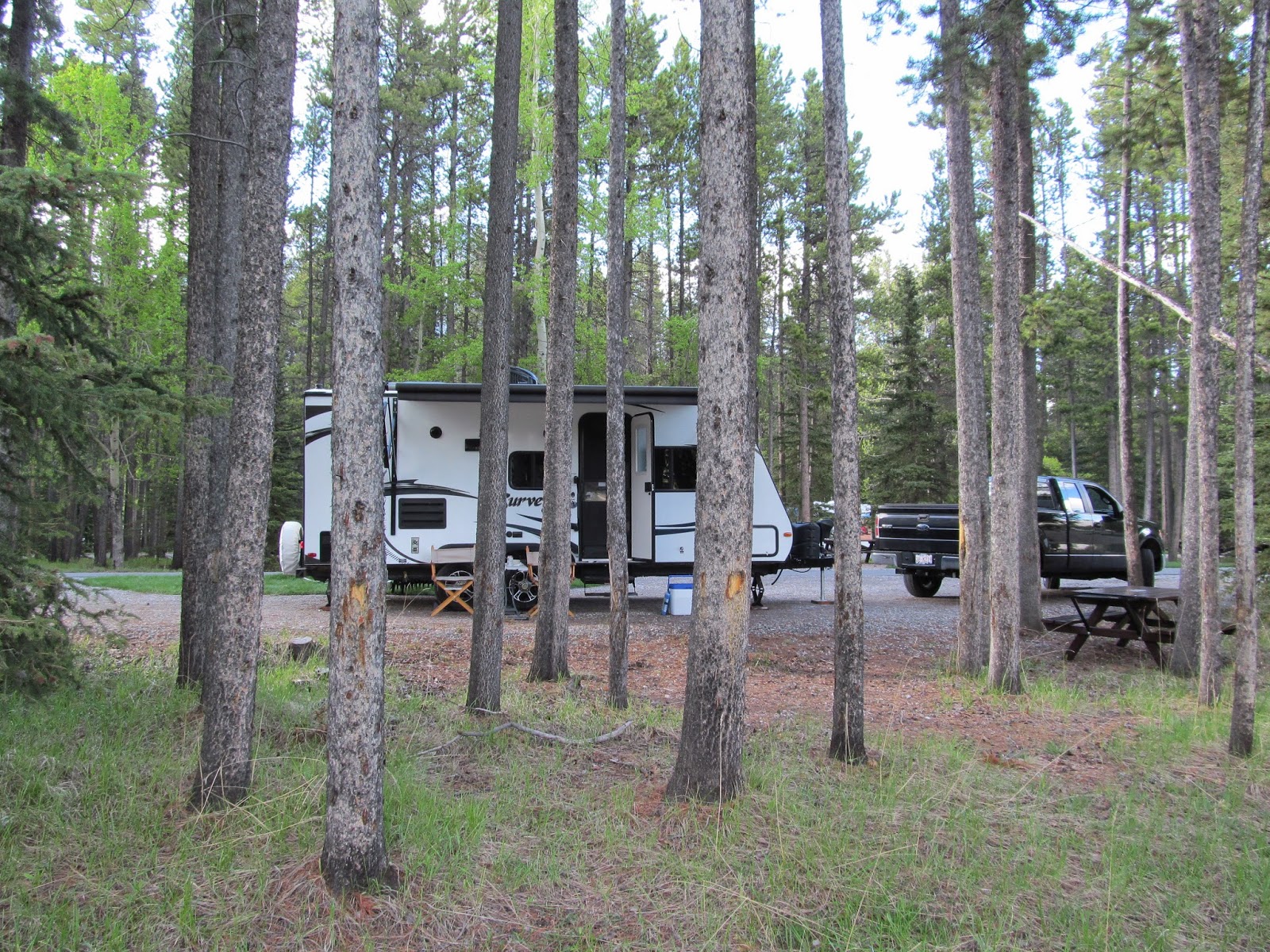 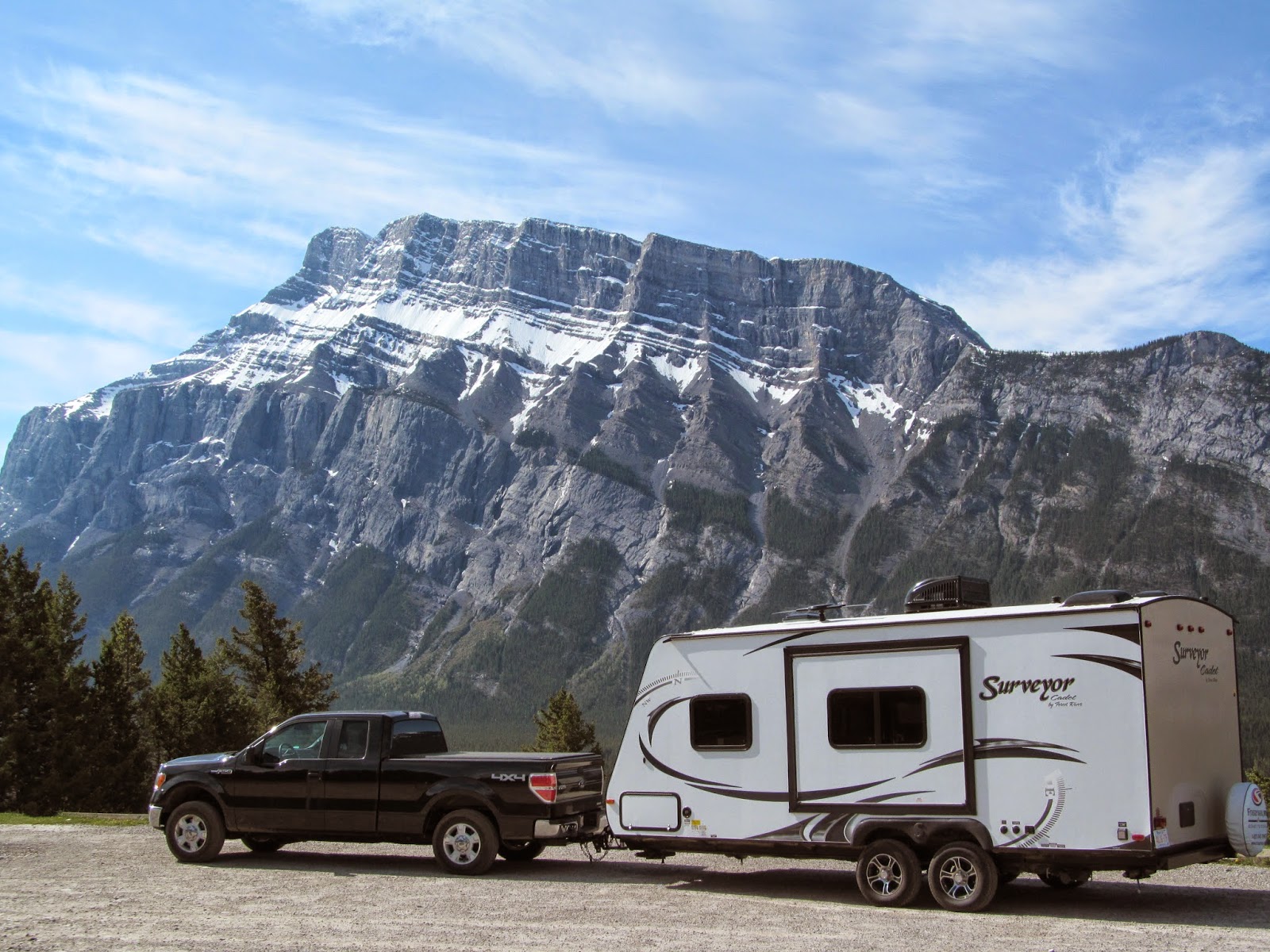 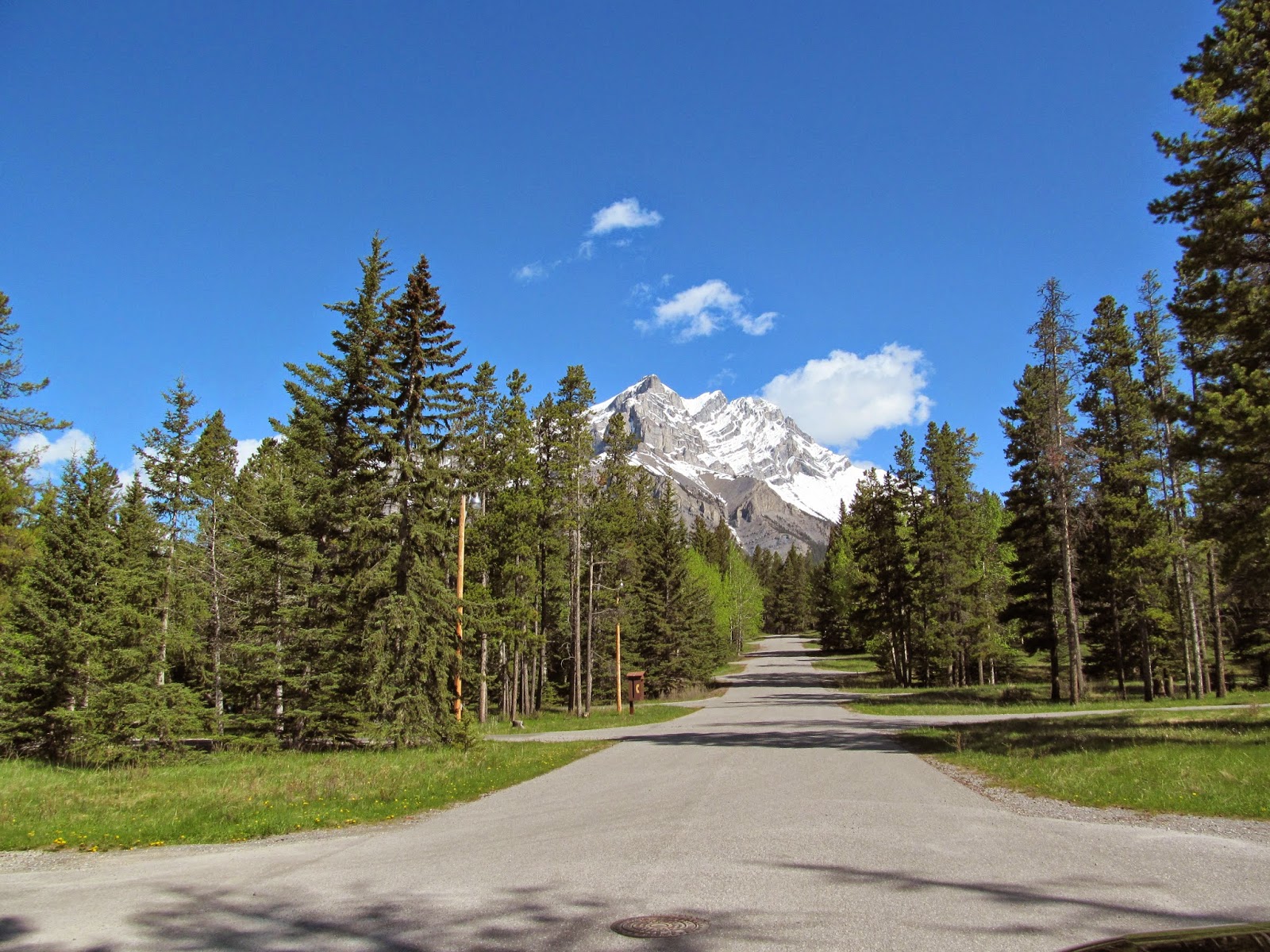 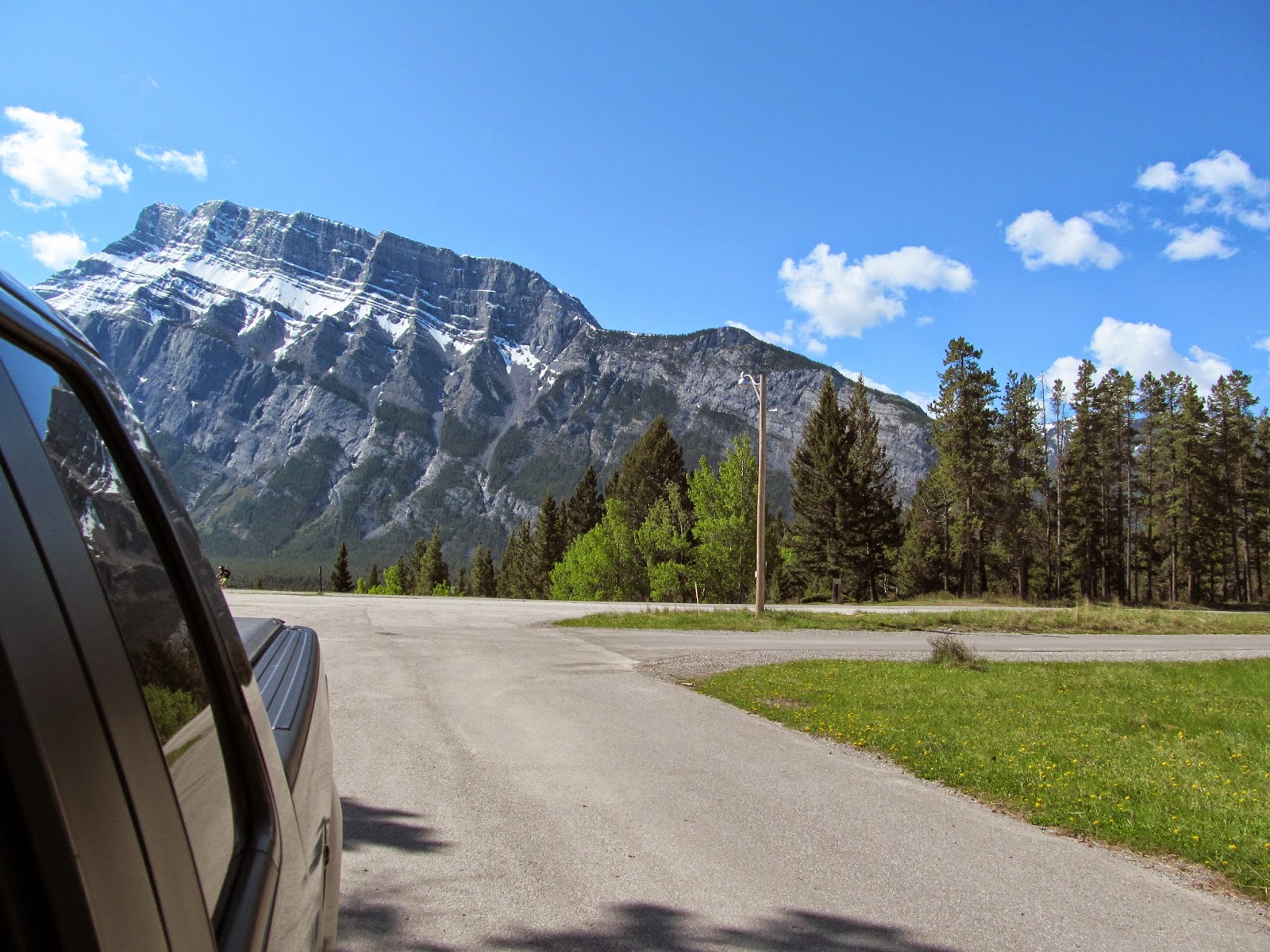 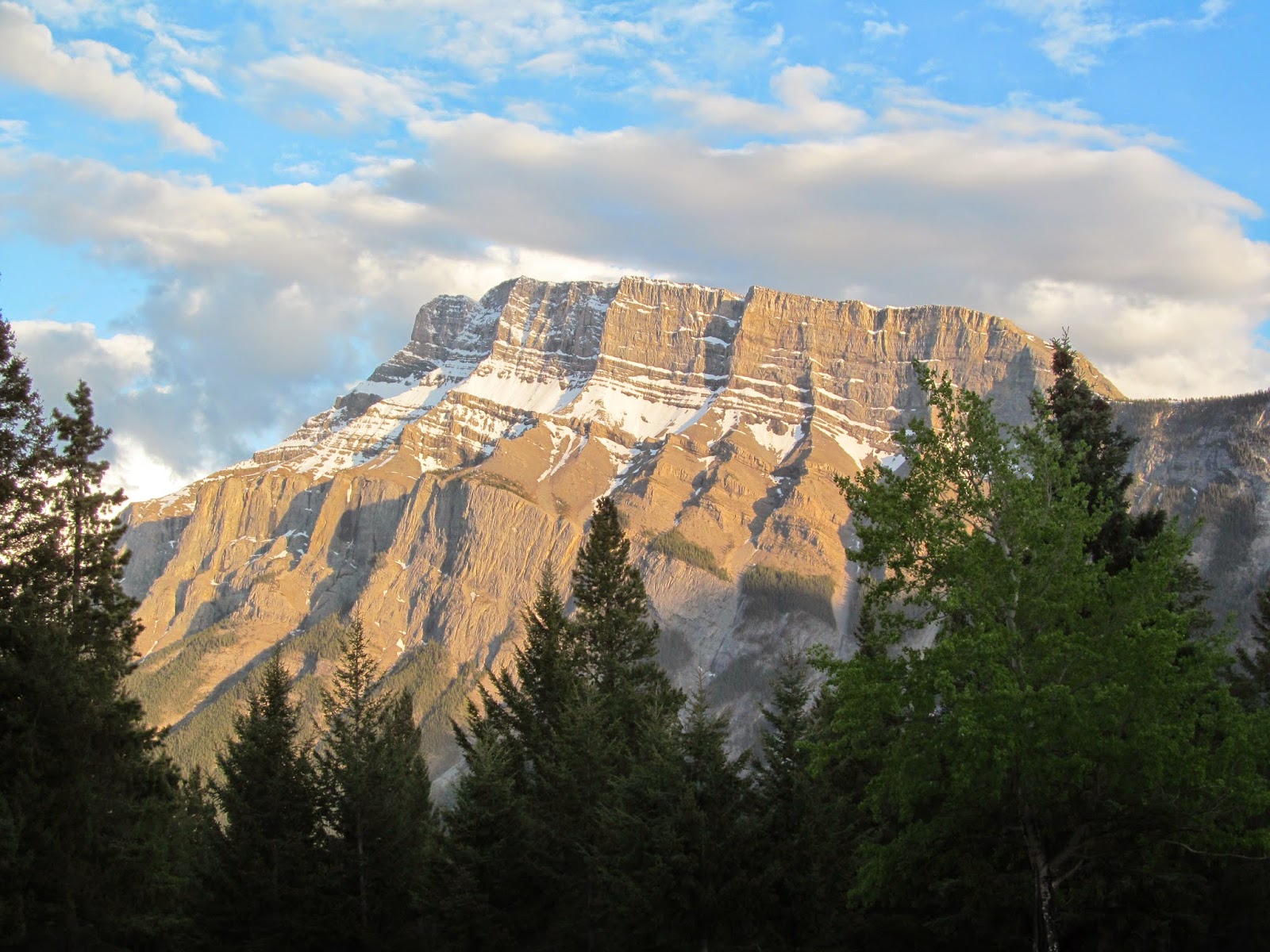 I even took a walk around the town of Banff to soak up the atmosphere and to search for two stickers. I ended up getting two but not one that I wanted. I have decided to turn the back of Wanda into a (borderline tacky) scrapbook of where she has been.

On one side I intend to put stickers of provinces/states where she has been through (in proper geographical order) and on the other stickers of places/towns that I liked.  I see this as similar to what people did to their suitcases in years gone by.

While I could find a nifty “Canada” sticker and a nifty one of Banff (pictures next time) I could not find one of “Alberta.” My original plan was to buy the sticker of a province/state in that province/state. Since I was not able to easily find the Alberta one, I have decided to buy the bunch from a flag shop in town and only put them on Wanda when she has “earned” it.

The other thing I did while in the town of Banff was to buy a group yearly pass to the park. This means that I can take up to six people with me into any Federal Park or historical site for as long as I want all year long. Unfortunately this does not include camping fees, but since they charge ten bucks a day per person, the pass is worth it.

As far as my decision goes, it was made easier knowing that the trailer really is meant to be self-contained. You are not supposed to empty the blackwater tank until it is almost full. This gives the bacteria time to . . . shall we say . . . work their magic on the contents of said blackwater tank.

While I have decided to go ahead and Boondock it for the summer at least, the question is just when to start. I have paid rent up till the end of the month (June) so I might as well take advantage of that money already spent.

I know that Landlady has said that I don’t need to give her proper notice and more than likely will refund me my money, but that just doesn’t sit well with me. She has been fair and decent to me, so why treat her worse than any other landlord? I will tell her my decision and move out either the weekend of the 14th or the 21st.

This is a big decision and might be a huge mistake, but for now, it is something I feel I need to do. If this goes well I will reduce what I have in storage and get rid of my bedroom set and computer desk. There is no need to keep such bulky/duplicate items.

I have a feeling that once my credit cards are paid off and I have a small amount in the bank I will be moving east to pursue my passion in TV/Film.  I need to get down to a point where the only things I need to pay for are my current expenses. That way I don’t need a large amount of money to do what I love (or rather would love to do).
Posted by Geoff W at 07:54