A Weekend Adventure Where Nothing Was As It Was Supposed To Be, But It All Worked Out, Anyways

So, we went camping again last weekend, this time with a very good friend of mine and her husband and son. It ended up being a comedy of errors, but still ended up having a great time!

We went to one of the campgrounds in Cypress Hills (just outside of Medicine Hat). Our adventure began with a journey that ended up being a lot longer than expected! It was still beautiful, though. 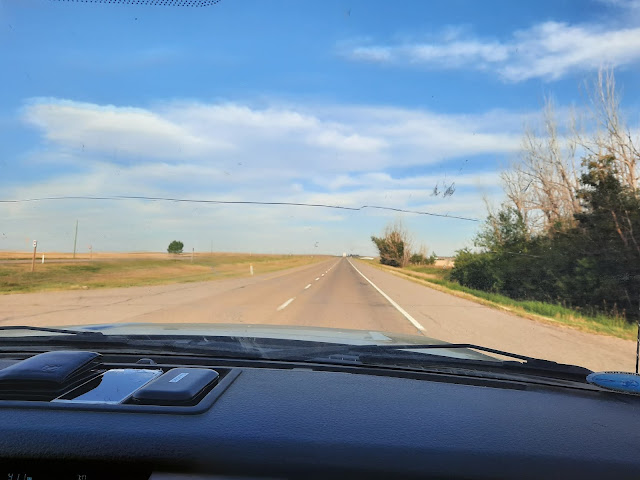 When we finally arrived at the campground, Wanda had to have a dump (literally)! lol  So, I learned the finer points of dumping the black and grey water tanks.

We went searching for our camping site, and ended up on a very "cozy" lane, and a camping site that was not really designed for trailers - certainly not at 11:30 at night! Here is a picture of the spot, taken the next day: 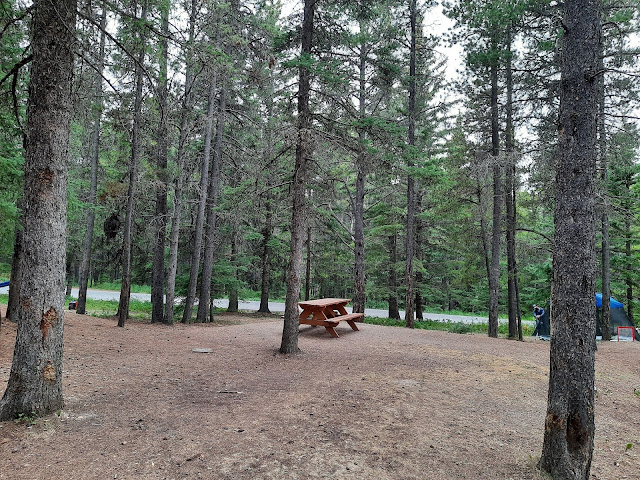 Yup. That was the site. What you can't really see are the scars on the trees from when previous campers had tried (and failed) to back in! We ended up driving back to the (closed) Registration Office, and boondocking in the parking lot overnight.

Fortunately, they were very considerate of us, and left us alone until we were ready to get up in the morning (which was around the same time as the office opened, at 9:00 am). They opened up an emergency site for us, which just happened to be within walking distance from my friend's site! 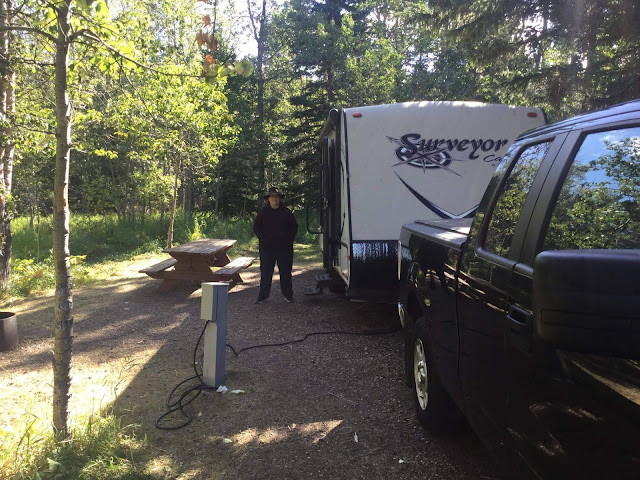 This was a MUCH better site, with power and water! It was a lot more comfortable for the remainder of our stay! I must say, though, with Wanda being completely self-sufficient as she is, she was perfectly comfortable that first night.

The rest of that day (Saturday) went by just fine. We visited with my friends, enjoyed a fire (propane, due to a fire ban), and had burgers and fries at a Lion's Club fundraiser.

Unfortunately, at that point, it started to get quite windy and chilly, and, instead of sitting by the fire having a few drinks, we ended up calling it an early night and heading back to our site.

We had decided to leave on Sunday afternoon, instead of attempting the return trip early Monday morning, which Geoff would normally do, as it was quite a lot further away than we would normally have travelled. 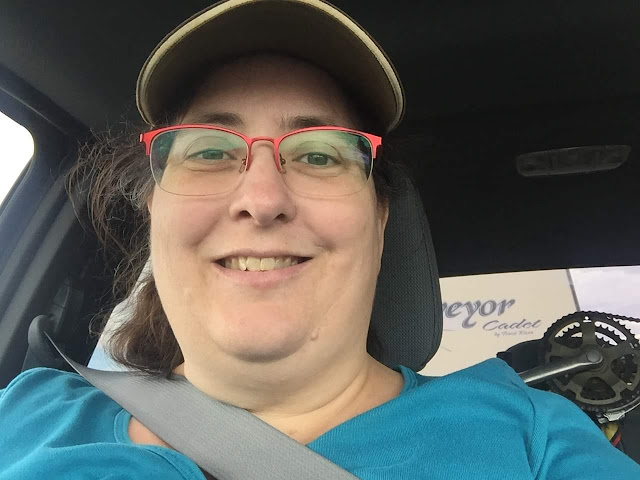 We had a leisurely day, visiting with my friends again, before they headed out earlier than we did. As we were cleaning up, getting ready to go, our final calamity occurred. While washing out an insulated cup, the scrubber got stuck inside it! 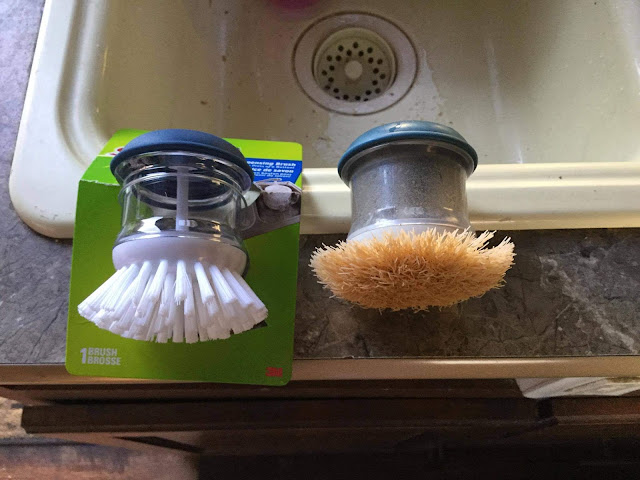 Of course, after we had stopped to buy a new one, we managed to get the old one out! While it's done a good job these last 10 (yes! 10!) years, it was time for a new one, anyways. You're welcome, Geoff!

All in all, it was still a great weekend. There's some things we would definitely do differently next time, but, we still didn't argue...

That seals it! I think we're really doomed, Geoff! 💏 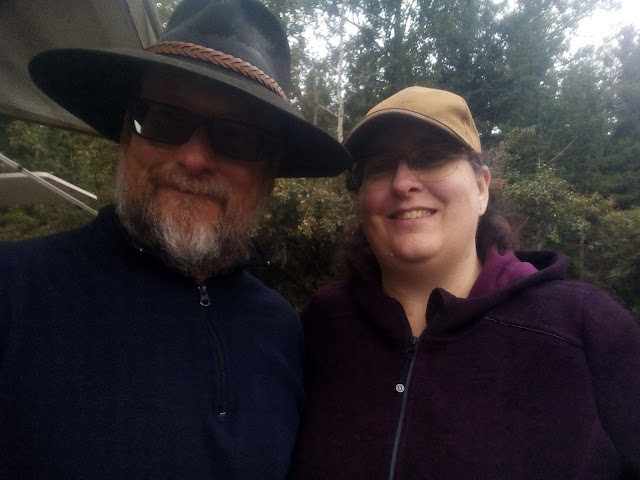 As always, come join us in reaching for the future, and getting off of the hamster wheel!