An Interesting Couple of Days

It has been an interesting couple of days. As I told you, on Thursday I did not get paid by roommate, as he had promised. He said that he did not get down to the office quick enough and missed out on getting his pay.

Friday is my early day so I got home around 2:00 to find a stunned roommate. He said that he was leaving now to go get his pay. I don’t know his schedule but usually he works on a Friday. Roommate then gave me less than a third of what he owed me for rent and said he was going to get his pay. (Odd Clue #1) He assured me that he would pay me the rest of the rent when he returned. He left and said that when his ride came by to tell them that he was over at the bank (Odd Clue #2).

A couple of hours later Roommate texted and asked if his ride had arrived. I said that he had and I had directed him to the bank. Roommate then texted that he was over at the mall doing some “boot shopping,” (Odd Clue #3).

Now I wanted to believe Roommate and trust that he would pay me, but his track record was not the greatest, it was more what he felt like when he felt like. It was that this was not a big deal and he was just paying me back the twenty bucks he borrowed last week.

Roommate did not return Friday and so I was getting, well not worried but pissed off. My response was “Hope for the best but prepare for the worst.” Saturday morning I sat and wondered what I could do, it felt like he was trying to pay me enough to keep me happy and extend with excuses as long as possible so as to save cash, I mean come the end of the month, what could I do? We were both moving out?

I sat down and wrote a nice and articulate, respectful yet stern letter. In it I outlined that he needed to pay me in full by Tuesday the 7th or I he would not be allowed in on Wednesday the 8th. I was proud of my letter and pinned it to his door and waited. I was not going to get screwed over. This was not my problem but his. I had paid my rent and therefore had a place to stay. He was on my graces, I was not on his.

I then decided to go and pay my bill at the storage place because what Roommate had paid me on Friday was enough to cover that bill. I had my priorities and I had said that I would pay it on Saturday, so that is what I did. I also rearranged the stuff in storage to make sure that I could easily fit the bed and dresser which will arrive on Friday the 17th. (See Below) 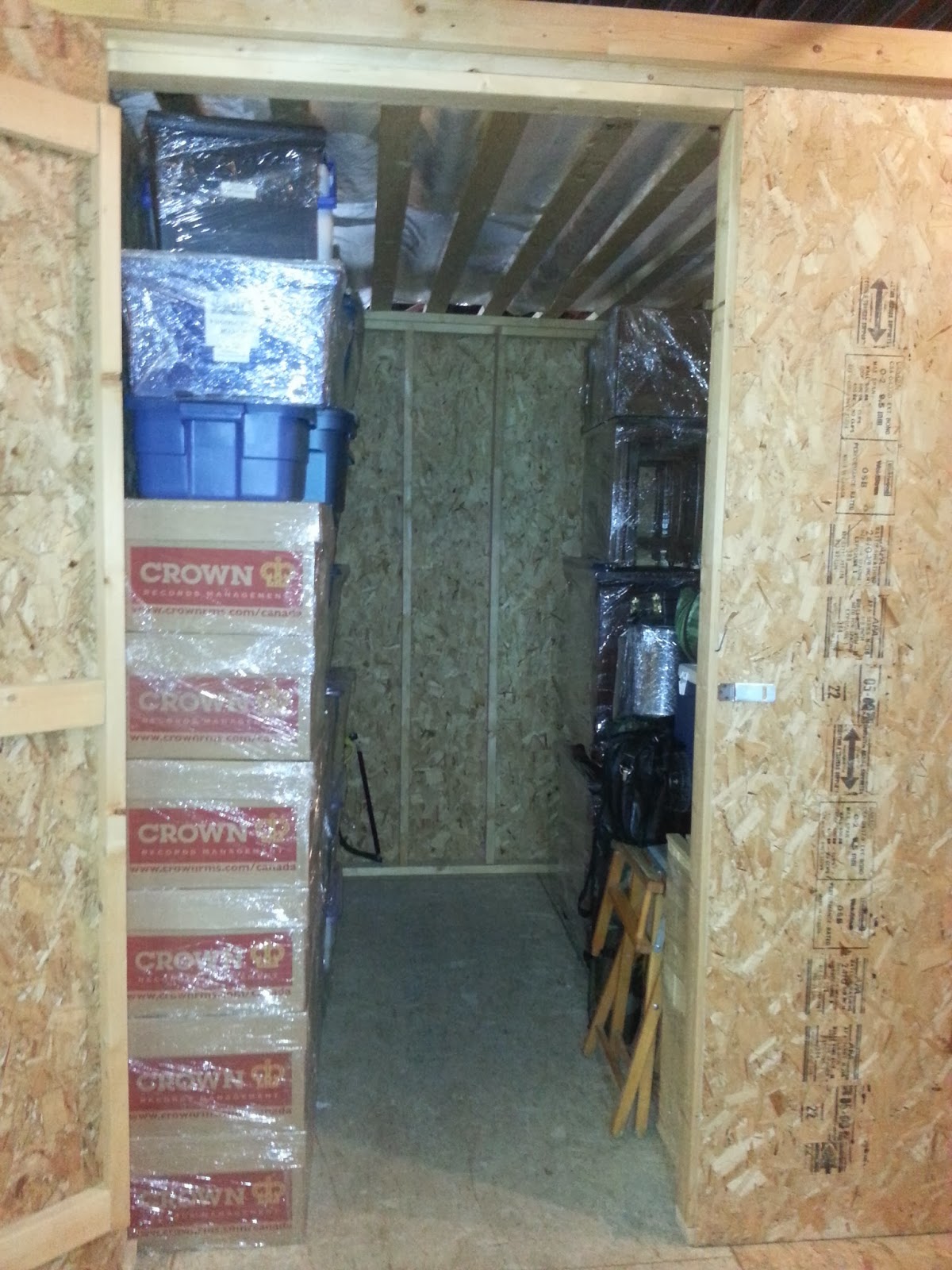 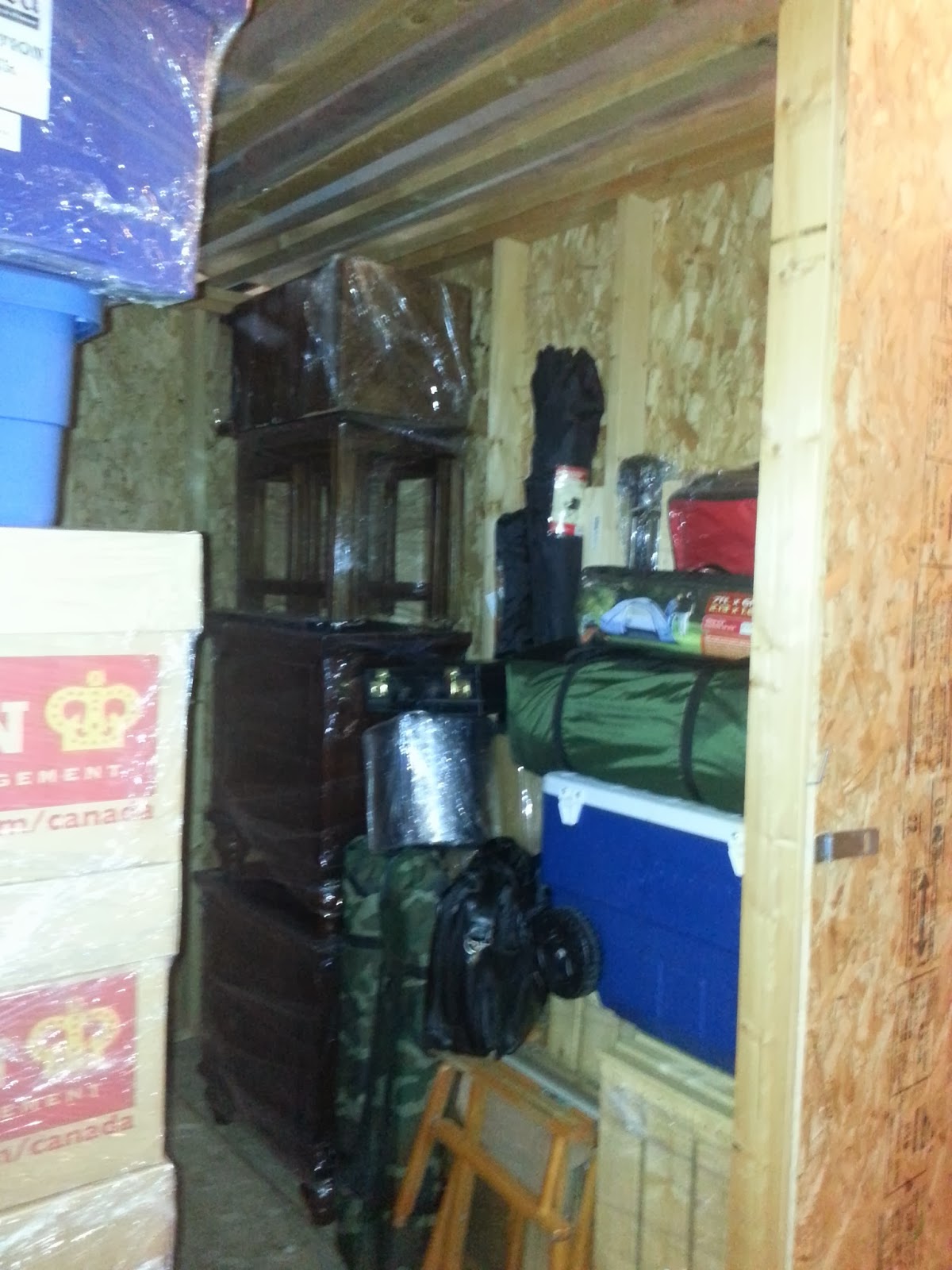 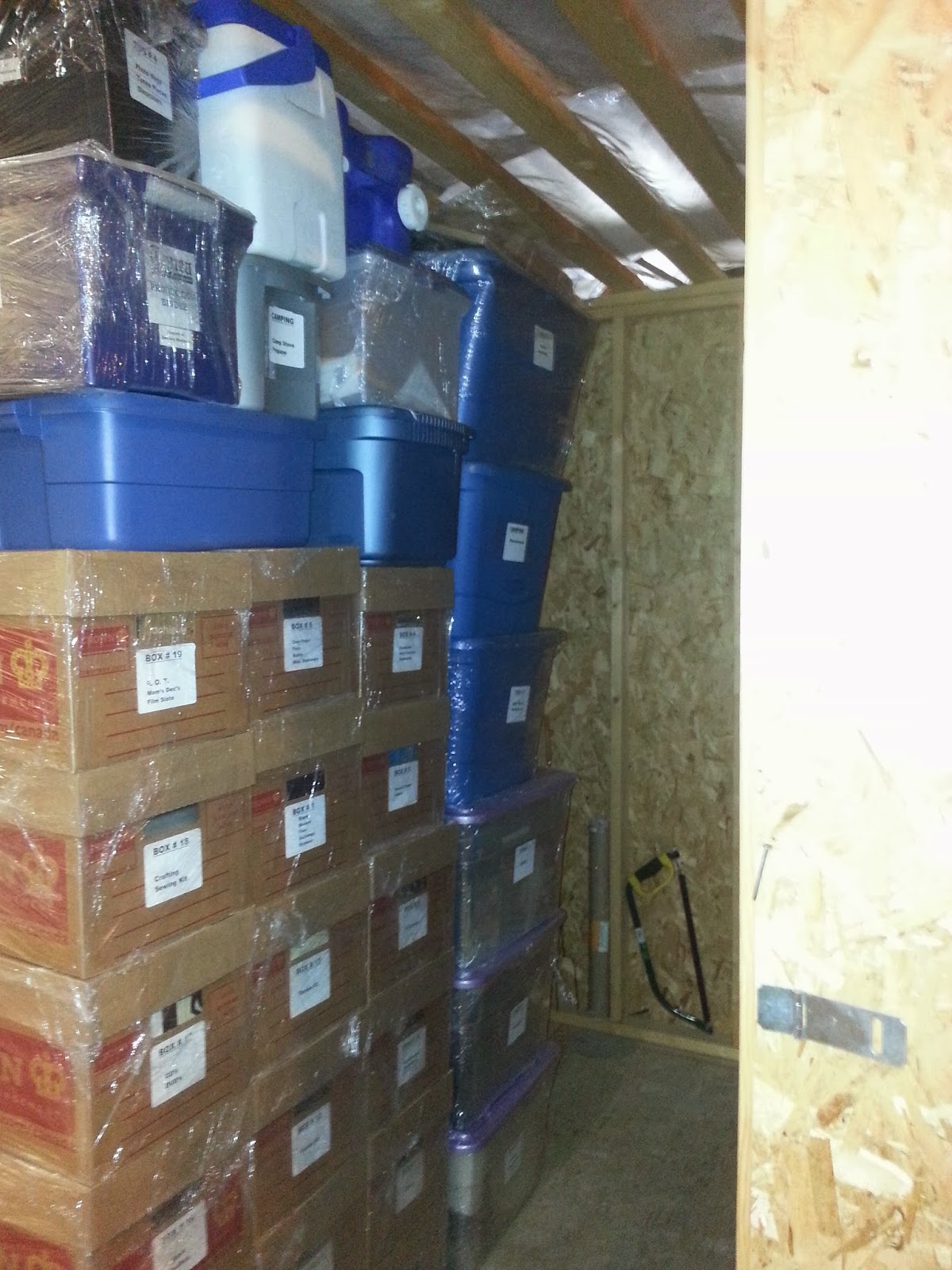 In the mid-afternoon Roomate returned and paid me what he owed me     quite casually, without a word of apology, nor a snifter of embarrassment in his voice or manner. He still does not see the need to pay rent on time and I hope that his next Landlord will do him the favour of bashing this lesson into his head . . . for his sake.

I get paid on Monday and after my bills are all paid I should have enough to at least put something down on a new place so I start to go looking. I have decided that the best (and most boring . . . I mean sensible) option is to rent a room. I will still look at the trailer but most likely I will get the hitch put on the truck and buy an old trailer simply to go camping in the summer . . . (and be my Plan Y).
Posted by Geoff W at 06:58